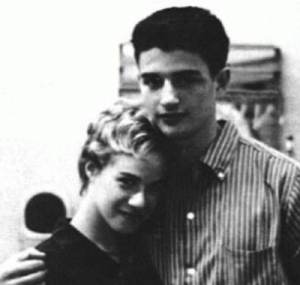 Carole King and husband Gerry Goffin teamed up to compose some of the all-time teen pop anthems.  Carole (Klein) was born in New York in 1942 – Gerry Goffin (also a New Yorker) in 1939.  They were representative of that pre-baby boomer group of artists who led the way in music for teens throughout the 1960’s.  Both writers would continue well into the following decades – Carole securing additional fame as one of the “singer-song writers” of the 1970’s and Gerry working in collaboration with new partners.  The couple married young (Gerry 20 & Carole 17).  Their first charting collaboration was a monster “Will You Love Me Tomorrow” by the Shirelles – in late 1960 – The song reached the top spot in the U.S. and number 4 in the U.K. as well as number 2 on the R&B U.S. charts. Carole was still a teenager at the time.  That song would chart in the U.S. on eight occasions through the years (Four Seasons, Linda Ronstadt, Dave Mason, Roberta Flack, Jody Miller, Melanie and Dana Valery).

And with that – Carole and Gerry were on their way!  View the Goffin/King list of hit recordings (many more being added). 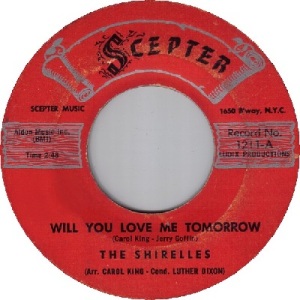