A Honey of A Group 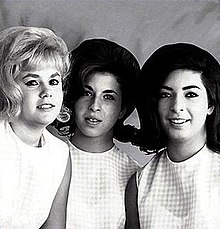 The Honeys were Brian Wilson’s creative outlet away from his Beach Boys’ tasks – which were overwhelming at times – The group was formed after Brian convinced them to sing along with a tune while he visited the home of sisters Diane and Marilyn Rovell (later to become Marilyn Wilson).

Brian was able to get the sisters along with their cousin Ginger Blake, a short-term recording contract with his label – Capitol – Producer Nick Venet initially balked at the trio and wanted to proceed with only Ginger – but Brian prevailed.

Their debut effort “Surfin’ Down the Swanee River” – was a bit silly but featured Brian’s creative talents in top notch form.  Put to the tune of “Old Folks at Home” Beach Boy fans identify it quickly as re-emerging in the fall of 1963 as “South Bay Surfer” included on the “Surfer Girl” long play. 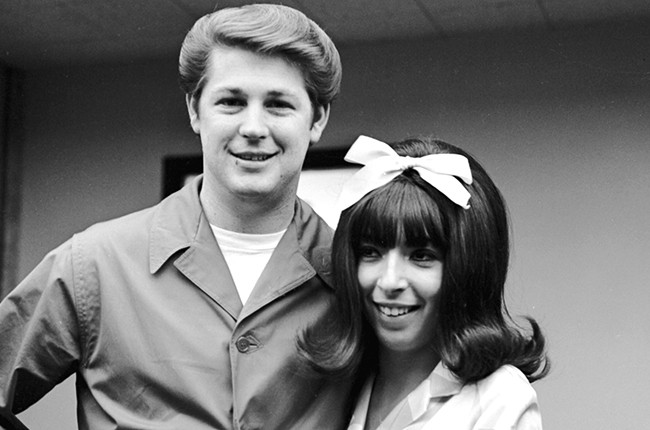 Mid way through the song, Brian takes the co-lead along with Skip Taylor with girls moving over to background vocals and then moving back up to finish the lead.  This one had “girl group” written all over it.  Hand claps were supplemented by Gary Usher.

And Brian definitely was serious about the session with the Honeys, bringing in session giants David Gates, future Beach Boy Glen Campbell, Billy Strange, Leon Russell, Earl Palmer, Hal Blaine and more!  Seems like this one couldn’t miss.  But miss it did – falling short of entering the nation’s charts.  Several of the Honey’s recordings dented the local charts – mostly in California – but as far away as Florida and Pennsylvania.

Capitol Records simply would not put any effort into promotion of the trio and the other Beach Boys were ecstatic about Brian working with them.  So they simply moved on to Warner Bros. where their “He’s A Doll” had all the markings of a Phil Spector ‘wall of sound’ single – Brian had tinkered with the same approach on “The One You Can’t Have” and drove it home on “He’s A Doll”.

Capitol did release a small quantity of picture sleeves to record stores mostly and DJ’s to promote their first single – The sleeve now fetches big bucks.

As might be suspected, the Honeys were used on “Be True To Your School” doing the cheering background part – which was really brought to life more when the song was re-done for the single version.  The Honeys also appeared live with the Beach Boys wearing high school cheer leader uniforms and armed with pom poms for live performances of the song.

The girls were also brought into the studio to sing background on three Jan and Dean hits (included in the discography below).

The group released one single on MGM in 1965 as “Ginger and the Snaps”.

The Honeys went dormant in the late 1960’s then in 1970 formed “Spring” and were known outside of the U.S. as “American Spring”. – a duo with the Rovell Sisters.

Blake would move on to various ventures including a stint with a large gospel group called “The Brothers & Sisters” out of Los Angeles a group that included Merry Clayton for a time and R&B singer Billy Storm.

Ginger was a member of the female trio “Danielle” recording one album and releasing one single in 1980.  In 2005 she recorded under the name of Sandra Glantz.

Marilyn and Brian wedded in 1964 and their two daughters, Carnie and Wendy would be members of the group “Wilson Phillips” – the group surpassing the Honeys in success placing four long plays on the Hot 200 charts. 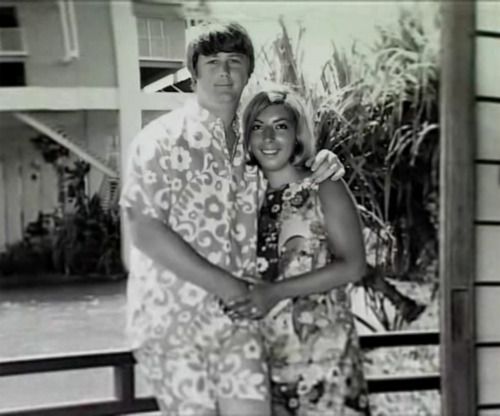