Lonnie Mack was born in West Harrison, Indiana – where grew up on sharecropping towns – Lonnie was highly influenced by guitar legends like Les Paul and Merle Travis as well as R&B performers such as Jimmy Reed and Ray Charles.

He dropped out of school at the age of 13 and made his way to Cincinnati, Ohio where he hooked up with a band fronted by Hoot Smith.  By the mid 1950’s – at just 14 years of age – he was already earning around 300 dollars a week.  He found work playing sessions at Cincinnati’s Fraternity record label and found his way into the recording studio.

He placed four singles on the Hot 100 charts and four more on the Bubbling Under charts – all instrumentals.  He recorded about 20 singles for Fraternity staying with the label from 1963 into 1967 before signing on with Elektra for a handful of recordings.  He would jump around to another half dozen labels without any chart success for calling it a day in the recording studio as a front man.

He got his break when he was playing guitar as a session man for a group called the “Charmaines”.  When their recording session ended early Mack took advantage of the remaining time recording what would become his debut hit “Memphis”.  He didn’t think much of the recording but learned one night while backing a traveling Chubby Checker that his recording was taking off on the radio and then the charts.

Mack also provided guitar accompaniment for a wide range of musicians in the studio including Ronnie Hawkins, James Brown, Freddie King and The Doors on “Morrison Hotel” meeting the group when he was recording for Elektra in California. Checking Into the Morrison Hotel

Like so many American musicians, Lonnie was blind sided by the arrival of the Beatles and the British Invasion – It would have seemed that he could have moved over to country music but that did not happen.  There were several long plays – but he became disillusioned with the music industry so he departed California and headed home to Indiana where he maintained a low profile – working on and off in small combos.

He would purchase a night spot in Indiana and got involved in an incident with a local police officer and was shot.  Mack would depart Indiana and head to Texas where he was slated to begin a recording project with Stevie Ray Vaughan but an illness postponed that venture.

Mack would go on to be recognized as an accomplished an innovative guitar player especially when playing rhythm and blues numbers.  His first long play has been widely recognized as a pioneer work of guitar accomplishment in rock and roll.  Mack did record and perform vocals and has received kudos for his unique and heart felt style. 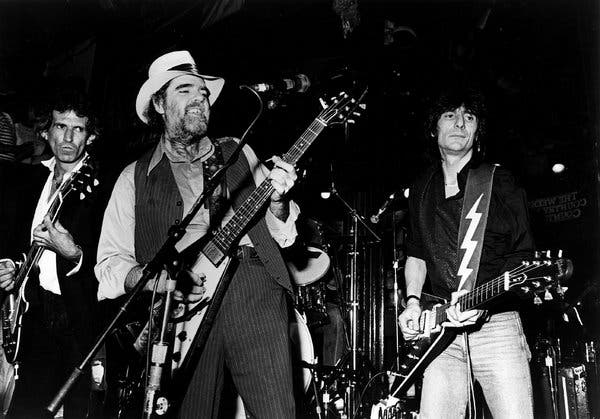 Lonnie Mack passed away on April 21st, 2016 at the age of 74 while residing in Tennessee.  He was buried near his birth home in Indiana.  Lonnie Mack is an inductee into the Southeastern Indiana Musician’s Hall of Fame, the International Guitar Hall of Fame, the Rockabilly Hall of Fame, The Southern Legends Entertainment and Performing Arts Hall of Fame, as well as a handful of guitarist recognition awards.

This would be Lonnie’s final release on Fraternity Records