Alive and Kicking/Kickin’ – and Brooklyn Dreams

When I first listened to Alive and Kicking’s “Tighter, Tighter” I figured they were most likely an R&B ensemble – but then again what did I know – I was more or less out of touch with mainstream music by 1970 (that is sort of sad) but I still got a ‘kick’ out of that track back then.

Alive and Kicking actually formed in 1968 when all members were still teenagers out of Brooklyn, New York.  The group was comprised of guitar player Dave Shearer, vocalists Sandy Toder and Pepe Cardona, along with Bruce Sudano on keyboards, Jeff Miller on drums and Woody Wilson on bass.

The group was brought to Roulette Records by their recording star Tommy James.  Tommy had composed a new tune which was considering offering to the group but changed his mind, electing to record “Crimson and Clover” on his own.

“Tighter, Tighter” debuted on the Billboard Charts on June 6th, 1970 and climbed into the Top 10 peaking at number 7.  The song was a Tommy James/Bob King composition.  Before the record was released, two members departed, and Ronny Pell and Johnny Parisio came on board.

The group’s next single would be “Just Let It Come” b/w “Mother Carey’s Chicken”.  The A side reached number 69 and the group slightly modified their name to “Alive ‘N Kickin'” – don’t know why – not important.

Alive ‘N Kickin’s run with Roulette was short lived – They didn’t like being pressured by the label to hurry recordings out the door (Beggars can be Choosers I suppose).

There would be a third single on Roulette released in December of 1970 and that was that!  The group disbanded entirely in 1971 and managed to reunite with several new members in the mid 1970’s.  Like many groups and artists – the group has made a lifetime living of sorts based on one hit and even maintains a web site today.  Oddly, the site only mentions the name of two members, original member Pepe Cardona and his son Tim.

The site touts “Tighter, Tighter” as a “number 1 hit” and a million seller.

One of the original members, Bruce Sudano, went on to some degree of future fame, working with Michael Jackson, Dolly Parton and Reba McEntire.

Sudano married disco song queen Donna Summer and remained with her up until her death in May of 2012.  Pre Alive ‘N Kickin’ Sudano was a member of a New York group called “Silent Souls”.  It was Sudano who first met Tommy James and served as his protégé during his college years.

One of the couple’s children, Amanda Grace Sudano was vocalist for the group “Johnnyswim”.

Sudano composed the Tommy James hit “Ball of Fire” released in 1969.  After he departed Alive ‘N Kickin’ in 1972 he headed for (where else?) southern California and became a folk singer.  Then, in 1977, he co-formed the “Brooklyn Dreams” recording with Millennium Records.  The Brooklyn Dreams teamed up with Sudano’s wife, Donna Summer and composed songs with her for Casablanca Records. 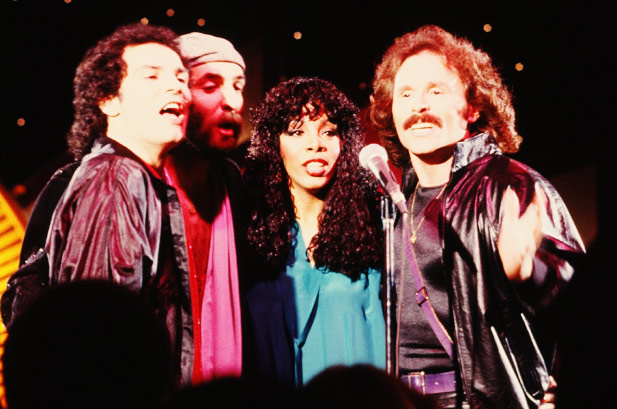 The group teamed up again with Summer to record “Bad Girls” along with several other tracks for one of her long plays.

Sudano continues on and on in the music industry post-Brooklyn Dreams – composing, performing and staying involved along with his new Alive ‘N Kickin’ modern lineup.