The Boltz Family Five were from the west Denver suburb of Lakewood. Members included Earl Boltz Jr., Kelsey Lua Boltz, Jon Boltz, Paula Boltz and Earl Boltz Sr. The senior Boltz had already played Hawaiian music for nearly 40 years by the time the group recorded their Band Box LP in the mid-1960’s. According to the liner notes on their only Band Box album “Hawaiian Masterpieces” he “appeared on many radio programs, spent time on the Islands studying native songs and their rhythm.” 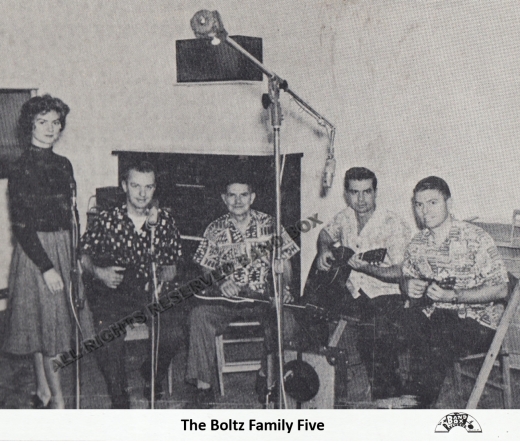 I contacted the group through their Facebook page and asked if they had indeed recorded in the Band Box studio located on 41st Avenue in Denver. They assured me that they indeed did!   The son of Earl Boltz Jr., contacted me and informed me that all members of the group with the exception of Paula – have since passed away. 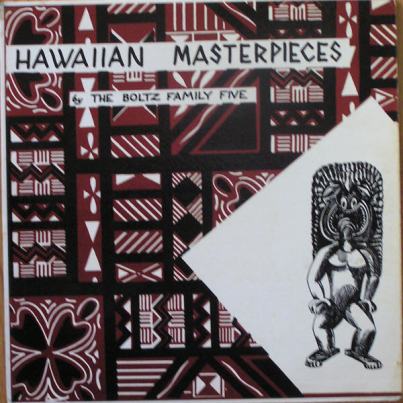 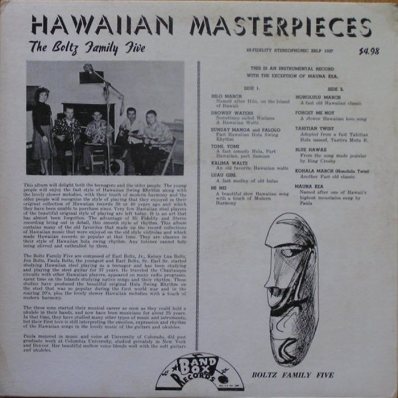 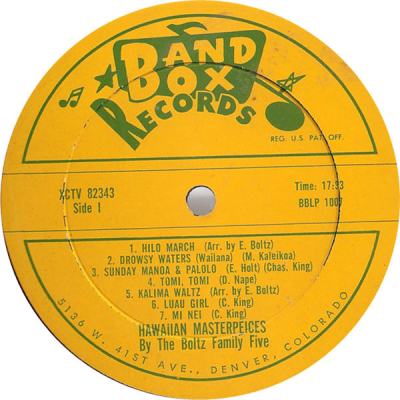 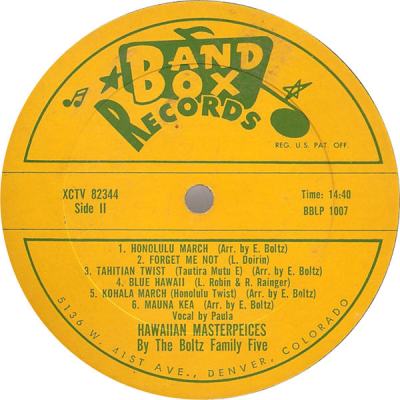