(Dick Dedrick graciously contacted PopBopRocktilUDrop and shared these memories with us about his diverse career in the Denver (and beyond) entertainment community beginning back in the 1950’s.)

“I recorded a kiddie album for Band Box in the mid-60s (Band Box 1018 “Animal Tales & Tunes”).  I learned some time later that it had been released as a little league fund raiser.  I recorded my kiddie album (mostly) in the Band Box studio sitting on a piano bench, reading the scripts.

As for Band Box artist memories I worked with Embert Mischler, producing a couple of sides on Studio 40 label for him.  Randy King was good friend.  Folk singer Walt Conley (deceased) was a friend since our college days in the mid 1950’s.

Cliff Mitchell and Other Artists

(Cliff was the artist responsible for designing the Band Box, Keyboard, Valerie & Spicy record labels and company logo.  He also provided the art for many of the LP covers most prominently the comedy oriented Spicy Label covers.)

“I was also was a friend of Cliff Mitchell. He was the artist for Channel 2 when I worked there in the 50′s. A classic style: He also did movie posters for Atlas Theaters. He was fast and fabulous!  His graphic design would win a Grammy for campiest labels if there was such a thing.  In the early days, Cliff was Lawrence Welk’s “manager,” of sorts. He helped him book dates and come up with promotional ideas.  He said Welk once told him, “We need to come up with some stunts.”  Doesn’t sound like Lawrence, does it?” 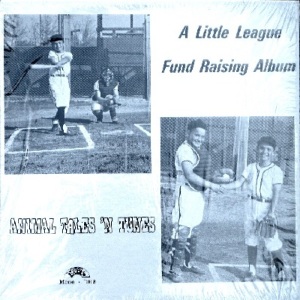 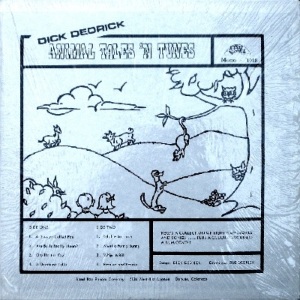 “As for Channel 2, I worked my way from keeper of the prop room to production manager. I was also a DJ on Denver stations KLAK, KERE, KBRQ and KEZW.  Since then I’ve worked around (owned a couple of radio stations); did radio and TV spots for Jake Jabs (another country fan).  For what it’s worth, Glen Owen belongs in the Colorado Country Hall of Fame, along with Buster Jenkins, Maury DaVolt and Ed Scott.”

“I knew Jim (Ward).  In fact I spent a Sunday in a studio he rented, laying down tracks for a kiddie album which he never released.  He later opened his own studio and engineered the sessions.  It was there I presented him with “Dream World”, a very ordinary song I wrote for CLW artist Pat Floyd.  Pat , I believe, was Jim’s wife.  (She also recorded for CLW with her sisters).  I think the CLW label name was in honor of Jim’s daughter, Crystal L.  Ward.

I remember getting a call from him one evening, saying a client wanted a 12-string guitar on a session.  He knew I played a 12-string.  I hopped in my car and joined in the session, then drove back home.  (Country Singer) Blackie Minor was a popular singer in these parts. A good singer and a good guy.  Maybe I’d have gone with a different name.” (Minor recorded solo and with Pat Floyd). 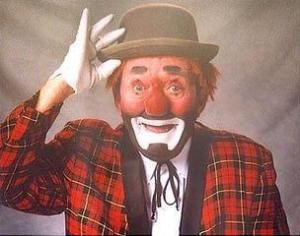 As for my kiddie sessions, I had a Saturday morning show on KCTO back in ’64 and ’65.  I sang kiddie folk songs and played my 12-string. That’s about as close as I came to the big time.  I had sent Ken Nelson at Capitol Records a demo, which he liked.  He said Capitol was testing the waters for bringing back their kiddie albums.  Bozo the Capitol Clown had gone over pretty well years back.  But the company passed on the kiddie album idea.

I had other kiddie connections.  I also directed Romper Room* and Blinky the Clown.  (Blinky was Russell Scot – He passed away in 2012 at the age of 91).  And there were also a couple other times I came close (in Nashville).”

Brushes with Fame in Country Music

“My musical memories go back to the late 1940’s at a dance held in a metal barn north of my hometown (Yuma, CO).  Shorty Thompson’s band (heard on KOA) was playing.  I was standing off to the left of the stage, watching the lead guitar player.

I learned a few years ago from Gary Atkins that the guitar player would have been his uncle, Chet Atkins. Gary said Denver was Chet’s last gig before heading tor Nashville.  I guess Shorty fired him.  Anyway, Chet said it was his first big break.  No, I never knew Chet.  I knew Gary, whose dad was Jimmy Atkins (onetime P.D. at KOA and producer of the Rocky Mountain Stampede with Rocky Star (his real name).  Jimmy was Chet’s boyhood hero, playing with the Les Paul Trio on the Fred Warring Show.

Tommy Hill (who owned Starday Records) said he’d like to produce an acoustic session (country, not kiddie).  But he couldn’t find any backers  That’s how little studios got their money back then, along with charging the artist for the session and initial pressing.  And Floyd Cramer liked some lyrics I sent him.  He wrote the melody and produced a demo with a girl singer.  Acuff-Rose was the publisher.  Brenda Lee liked the song (“They’ll Never Love You More”).  Her producer didn’t.  Noro Wilson was doing an Eddy Arnold session.  He liked it; Eddy didn’t. Then Roger Whittaker liked it; so did his producer.  But the label decided to drop Roger.

I’m sure there are recording hopefuls out there who have better “Almost” stories than mine.  To make it in that business takes total commitment.  Wayne Walker (a fine writer) was heading Mel Tillis’ Sawgrass publishing house, when I pitched a song I liked.  But he said, ‘If you want to make it here, you’ll have to move to Nashville and help pitch your songs.  This will have to be the number one thing in your life.  Not your family.’  I said ‘Thanks, but no thanks.’  I’m still glad I did. 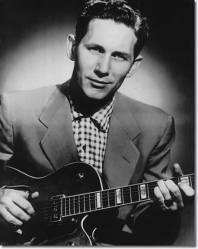 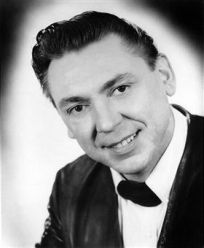 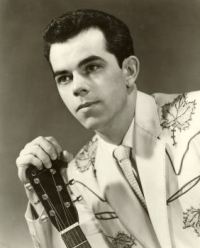 I’ve known several “stars” who were not as happy as the people they were singing to.  I remember Dave Dudley sadly reflecting while we sat at Denny’s after a show.  He had brought Tom T. Hall to Nashville, and Tom was a much bigger name even though Dave was a much better singer.  He didn’t put it in those words but I knew what he meant.

Roy Drusky was a great family man, and would often say ‘I’m gonna slow down next year and spend more time with my kids.’  Johnny Paycheck, Joe Diamond and I tipped quite a few together back in the mid 1970’s.

In closing I meant to say I hope today’s stars are happier, and I think most are.  I know you’re into more than country music, but I guess you have a keen interest in music when groups dressed alike and smiled for album covers.

I think the Bill Goodwin who you feature (Band Box artist and several other labels) was an old friend.  He was most successful as a Nashville agent for artists such as Bill Anderson, Roy Drusky, Leroy Van Dyke, Jon Conlee and Dona Fargo.

My musical memories go back to the late 1940’s at a dance held in a metal barn north of my hometown (Yuma, CO).  Shorty Thompson’s band (heard on KOA) was playing.  I was standing off to the left of the stage, watching the lead guitar player.

I learned a few years ago from Gary Atkins that the guitar player would have been his uncle, Chet Atkins. Gary said Denver was Chet’s last gig before heading tor Nashville.  I guess Shorty fired him.  Anyway, Chet said it was his first big break.  No, I never knew Chet.  I knew Gary, whose dad was Jimmy Atkins (onetime P.D. at KOA and producer of the Rocky Mountain Stampede with Rocky Star (his real name).  Jimmy was Chet’s boyhood hero, playing with the Les Paul Trio on the Fred Warring Show.

One other side story:  Gary once handed out the best advice I ever heard … to a man who said his son wanted a guitar.  ‘Make him beg you.'”

* Romper Room was a nationally and internationally franchised program which was marketed with local hosts throughout the United States.  The hostess for the Denver program was “Miss Genie” de Luise from 1962 until 1972.  Here is the entire story.