Bonnie Guitar isn’t universally recognized as a die in the wool rockabilly musician  – Craig Morrison, author of “Go Cat Go!” doesn’t include a single mention of her – but the Rockabilly Hall of Fame saw fit to recognize the vocally and instrumentally talented lady, who ventured onto ground where near-to-none of her peers dare venture, the recording industry.

What I previously knew about “Bonnie Guitar” before coming across her listing in Rockabilly Hall of Fame could be summed up in a single world “Nothing”.

I assumed that she was a she and played the guitar.  I was right on both counts. Beyond that, I remembered “Dark Moon” but being a nerd I only knew it from Gale Storm’s rendition – the bigger hit version. 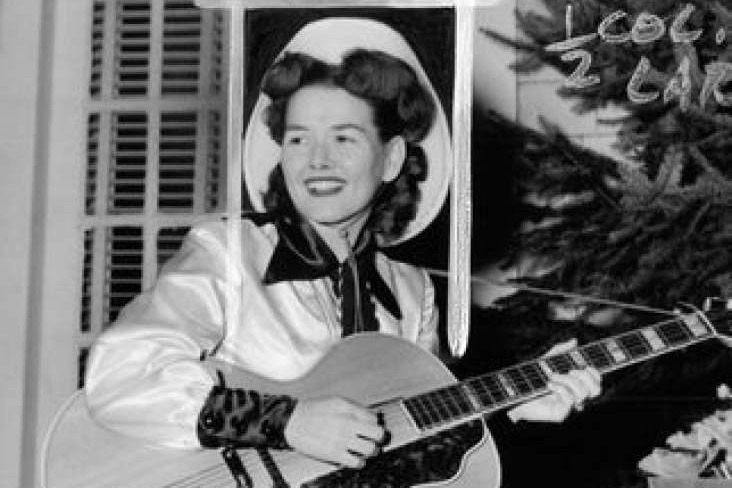 Bonnie Guitar – Not a Girl for Nerds

Bonnie Guitar was born March 25th, 1923 in Seattle, Washington Bonnie Buckingham being her birth name.  Bonnie is cited with almost being the first country female artist to ‘cross over’ to the pop charts with a country hit – entering that chart on April 13th, 1957.  Patsy Cline beat her by almost two months with “Walking After Midnight” on February 23rd, 1957.  Bonnie bested Patsy as far as chart position goes – peaking at number 6 vs. a number 12 showing for Patsy.

As a 16-year-old, Bonnie began her performing career and took up the name “Bonnie Guitar” due to her proficiency on the instrument – Bonnie would even marry her guitar teacher – Paul Tutmarc – a marriage which dissolved in 1955.  Tutmarc is cited as having invented the first electric bass guitar – It was called the “Audiovox 736” and would be introduced to world of music in 1936.  The instrument shown below fetched $23,000 in an auction in 2018. There are three known 736 models in the world today. 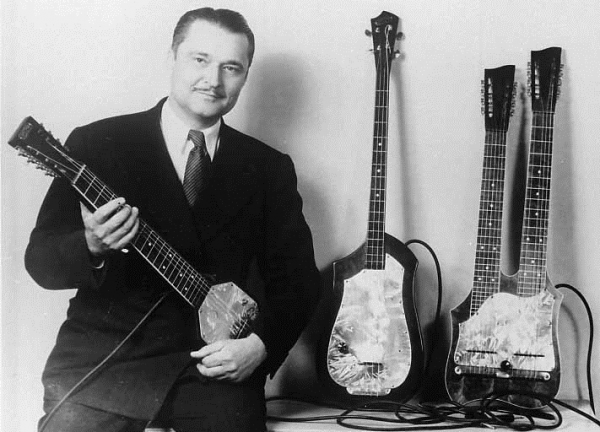 During the 1950’s Bonnie provided guitar session support for some obscure record labels.  Industry personnel took notice of her talent and so she was given a shot with Fabor Records.  Fabor was a subsidiary label of Abbott Records where Bonnie had been working – The labels were owned by Fabor Robison during that time.

Her first single for Fabor “If You See My Love Dancing” b/w “Hello, Hello, Please Answer The Phone” was released in August of 1956.  Bonnie was the composer for both tracks.  Fabor would release another single with went unnoticed as the debut single had, and then came a break.  Fabor stable mate Ned Miller had composed a song titled “From a Jack to a King” which failed to register any chart action in the summer of 1957 on the Dot record label.

His song titled “Dark Moon” was offered to Bonnie (I can’t call her “Guitar”) by Fabor and he released it in late 1957.  Fabor had tried another rockabilly singer out with Dark Moon but didn’t care for the results – and moved it from Dorsey Burnette to Bonnie Guitar.

Poor Bonnie was so excited about “Dark Moon” that she over enthusiastically told Robinson that she would forego any royalties if he would allow her to record it!  Fabor must have been a bit of a jerk – because that is exactly what he did!  Pop cover specialist Gale Storm (think “My Little Margie” just so darn cute!) had her version of “Dark Moon” out a week after Bonnie’s and  her version went to number 4 – her second best chart success behind “I Hear You Knocking” which went number 2 pop charts in late 1955. 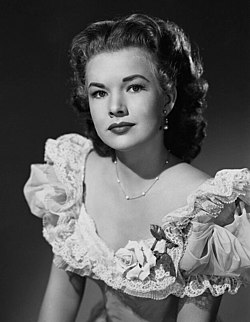 Gale did quite well with other peoples’ recordings charting Top Ten with “Memories Are Made Of This” (number 5) backed with “Teen Age Prayer (number 6), “Why Do Fools Fall in Love” (number 9) and “Ivory Tower” (number 6).

By the way, Ned Miller got a second shot with “From a Jack to A King”, this time releasing it on Fabor in December of 1962 and taking it to number 2 Country and number 6 Pop!  That would be his ticket a string of 10 more charting records on the country charts including “Do What You Do, Do Well” which crossed over to pop number 53.  Miller would release “Dark Moon” on Capitol Records in the fall of 1962 but it would fail to chart. 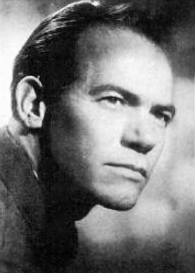 Ned Miller – Doing What He Did Do Well

Meanwhile the success of “Dark Moon” for Bonnie Guitar would open up her career but not with Dot Records.  The label wanted more cross over success but it was slow in coming – Of the 12 singles released by Dot beyond “Dark Moon” only two managed to cross.  She did enjoy 18 charting singles on the Country charts from June of 1957 up though her final appearance  in late 1989 with many dry years in between then and her days with Dot.

The Adventures of Fabor Robison

Further solidifying Bonnie’s rockabilly credentials, in 1958 Fabor Robison was still searching for ongoing chart success.  Up to this point his biggest charting record was released on his Abbott record label in 1954 – a tune called “Teach Me Tonight” which would be Abbott’s biggest hit – going all the way to number 2.

Frustrated by lack of additional success, Robison decided to try his hand at rock and roll and so folded up both the Fabor and Abbott labels and started up “Radio” records in early 1958 where his employee, Bonnie Guitar, would release two singles to no avail.  Robison’s Radio roster drew heavily from his Abbott and Fabor stables and so it was probably destined to fail and did so in 1959 after releasing 25 records.

Fabor took a deep breath – took a few years off and then fired up Fabor Records once again in 1962, sticking with it until 1966.  After that Robison would wheel and deal the masters from Fabor and Abbott to other labels in order to make a living.  It turned out that Robison had recorded tons of tracks – many, many more than were ever put out on his three record labels – and so many of these have continued to pop up here, there and every where as time marched on.

With little chart action, Bonnie decided to return to her native Seattle in late 1958 and would undertake her second career – one which would set her pretty much apart from other women:  She would start her own record label with partner Bob Reisdorff who up until then made a living selling refrigerators.

Reisdorff – Guitar with the Fleetwoods Looking In from the Outside

The label would be called “Dolphin” initially but would quickly change to “Dolton” due to a naming conflict with another label.  Dolton would sign northwest acts such as the Frantics, Ron Holden with the Playboys and several lesser known – but would hit it big signing first the “Fleetwoods” in 1959 followed by the prolific “Ventures” in 1960.

They started off as “The Four Frantics in 1955 – Then they became the Frantics with Ron Petersen, Chuck Shoning, Joel Goodman, Bob Hosko and Jim Manolides.  They would place three singles on the Hot 100. Little Bill and the Bluenotes

This group included “Rockin'” Robin Roberts, Buck Ormsby, and “Little Bill” Engelhart who would also perform with The Adventurers on the Jerden label. Ron Holden of “Love You So” fame sang with the Playboys on Dolton – Rolan Webster Holden was born in Seattle. 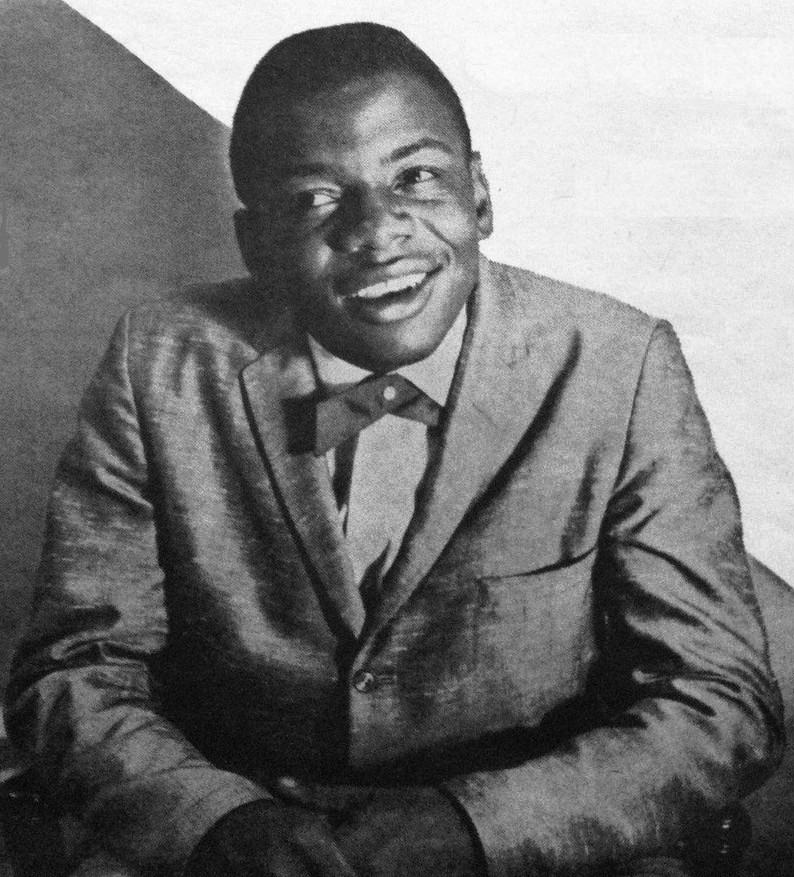 Interesting note for Vic – born Samuel Mendola in Buffalo, New York – He found his way to the West Coast and would take over lead vocals for The Fleetwoods for a time when their original lead singer would join the U.S. Navy.

In 1960 Bonnie teamed up with a Dolton operative, Jerry Dennon, and started up Jerden Records (Jerry’s combined first/last name abbreviated). This label was also based in Seattle.  Jerden would be a very short lived venture for Bonnie – closing shop after just a year.  Dennon would return after serving in the military in 1963 – open up the vaults and launch the label once again.

Dennon would start up two more labels – Panorama in 1964 and Piccadilly in 1966, both based in Seattle.  These two labels were used to record Northwest-based musicians, testing the songs in the local market and then selling them to larger label distributors if they showed promise.  Operations for both ended in 1968.

Following are the musicians who signed onto Jerden during Bonnie Guitar’s one year stint with the record label.

Darwin Lamm of the Cupids were out of Vancouver, Washington.  The Cupids were Bobbi Brown and Janet Peters.  Darwin was 18 when he met Bonnie Guitar and auditioned for her.  Bonnie was confident that the trio would become here next “Fleetwoods”. 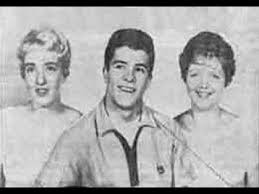 The Adventurers were the 2nd act to record for Jerden – out of Seattle, Washington  – members were Bill Hahn, Joe Johansen, Art Pease, Keith Shoemaker and Wayne Rolf

Members included Dick Carson, Jimmy Day, Pat Thompson and others – They came out of Kent, Washington. Bonnie hung around Dolton for a few years and then decided it was time to turn her attention back to her own career.  She took a shot at recording a special romance-themed ‘concept album’, but the idea was still born and the LP scheduled to be released on Charter Records was shelved.  One single did make it out to radio stations – but no air play.  Next, was over RCA Victor records to serve as A&R head of RCA’s country artists and to cut a few singles.

No Go for Straight and Narrow – No LP

Bonnie would continue on into the 1970’s moving through Columbia, MCA, 4 Star Nashville with minor chart showings.  She never lost her zest for guitar playing or performing and continued to perform with her own backing band up to the age of 92.

Bonnie Guitar was a trail blazer in the music industry:  Vocalist, instrumentalist, composer, label owner, A/R head and an inductee into the Rockabilly Hall of Fame.  She passed away on January 12th, 2019 at the age of 95.

Bonnie never placed a long play onto the Pop Charts but had recorded many – Following is a sampling of her vast output: