Carl Perkins on a Budget

Recently, I finished working on my Carl Perkins’ Post and was intrigued by one of his long play recordings which was put out on the Koala record label – the subsidiary out of Hendersonville, Tennessee titled “Sing a Song With Carl Perkins – Rock ‘n Roll Greats”.

I was fascinated when I found the record listed in rock historian-author Brian McFadden’s great book “Rock Rarities for a Song – Budget LP’s That Saved the Roots of Rock ‘n’ Roll”.  I had decided to leaf back through the gem of a book to locate rockabilly artists – since I am on a rockabilly kick at the present time.

The Perkins’ Koala LP turns out to feature four track by the dynamic Sheffield, Alabama-born Arthur Alexander, who could compose R&B but could draw on his country roots as well.  He penned the song “Anna” recorded early-on by the Fab Four.  His hit “You Better Move On” was covered by the Hollies and the Rolling Stones – and his “Sally Sue Brown” by Bob Dylan and Elvis Costello!

Perkins would appear on three additional Koala LP’s – two gospel oriented and also on “Country Soul” from 1979 which features some great rockabilly tracks. This budget LP on Design features Carl Perkins along with two additional Rockabilly Hall of Fame inductees Huelyn Duvall and Carl Belew.  Perkin’s very first composition “Movie Mag” is on this LP – The song would be his first to be recorded on Sam Phillips’ “Flip” record label Roe is probably remembered for his transition from some well-produced rock and roll “Sheila” and “Everybody” being two into the world of ‘bubblegum’ – “Jam Up and Jelly Tight” and “Hooray for Hazel” being just two.

Roe was in a band called “The Satins” and he worked with Stevens on the song “Sheila”.  Before “Come On” or “Everybody”, Roe would record a song which landed him in the Rockabilly Hall of Fame – “Cave Man”. 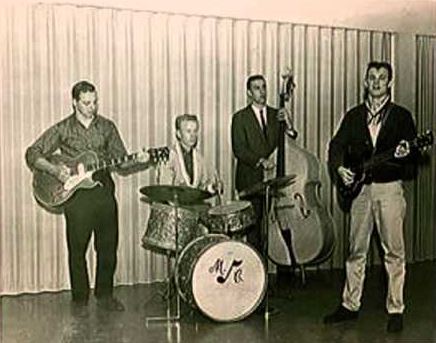 “Cave Man” was released on three different labels in rather rapid succession, first on Trumpet and then Mark IV – both Altanta based labels – and then was picked up by Jud Phillips – brother of Sun Records’ owner Sam Phillips.  The Mark IV and Judd releases both credit Roe along with his band “The Satins”.  His band mates were Bob West, Mike Clark and Joe Lee Bush.

While still in high school, Roe had a crush on a girl named Freda and decided to compose a poem for her titling it “Sweet Little Freda”.  Little Freda apparently moved with her family before Tommy could introduce himself and present his poem.

Tommy tucked away his composition and would break it out for Jud Phillips after releasing “Cave Man”.  Phillips liked what he heard but suggested a title tweak and so we were given “Sheila” which was released in May of 1960 but failed to attract any attention.  The Satins disbanded shortly after – with Tommy taking on a job in an industrial plant while still in high school.

After graduation, Tommy would bide his time working until the Spring of 1962 when his agent would land him a contract with ABC-Paramount.   The producers at the label were pleased with “Sheila” but want to beef it up from it’s original raw sound.  It was a good call.  The song would launch Tommy’s impressive chart career.

In a an interview with the Blog site “REBEAT”, Tommy spoke about his origins and how they had influenced one of his followup hists “Everybody”:

“I had always loved rockabilly, and in fact, when I started performing, I was considered a rockabilly artist even with “Sheila,” even though that doesn’t sound that much like rockabilly. When I toured England in 1963, rockabilly music was very big there, and even the Beatles were doing it at that point in their career. Hearing rockabilly again in England influenced me with “Everybody,” and so it sounds different from “Sheila.” I loved that acoustic sound with that slapback echo, so I did that on purpose. Writing my own music gave me the freedom to do that.”

In 1961, Tommy was featured on the Diplomat budget record label.  Roe’s original “Sheila” from his Judd Records session is included on this LP along with additional tracks he cut while still with the Satins.  McFadden provides us with a bit of a warning regarding this LP: “Be forewarned that someone at SPC (Diplomat’s parent) was asleep at the switch when they decided to add songs by “Al Tornello” as filler material on this LP” (a common practice with the Budget labels).

McFadden explains further that “Tornello” was essentially a “Perry Come soundalike” making for a curious combination.  I don’t think Tornello was his real name.  Apparently this Como wanna be also appeared on other Diplomat LP’s under different names.

Then in 1962 Design Records put out an LP with Tommy Roe and his Atlanta days friend Ray Stevens – combined with Philadelphia’s Bobby Rydell.  This one also contained the original “Sheila” along with two more Satin tracks.  The Rydell tracks are from his pre-Cameo days in early 1959 when he recorded for the Veko record label.

The final budget LP I could locate for Tommy Roe was released on the Pickwick/33 label – not sure of the year.  These tracks all appear to be from ABC-Paramount but I am not sure about one track that being “Wild Thing” – the Troggs’ 1966 hit. 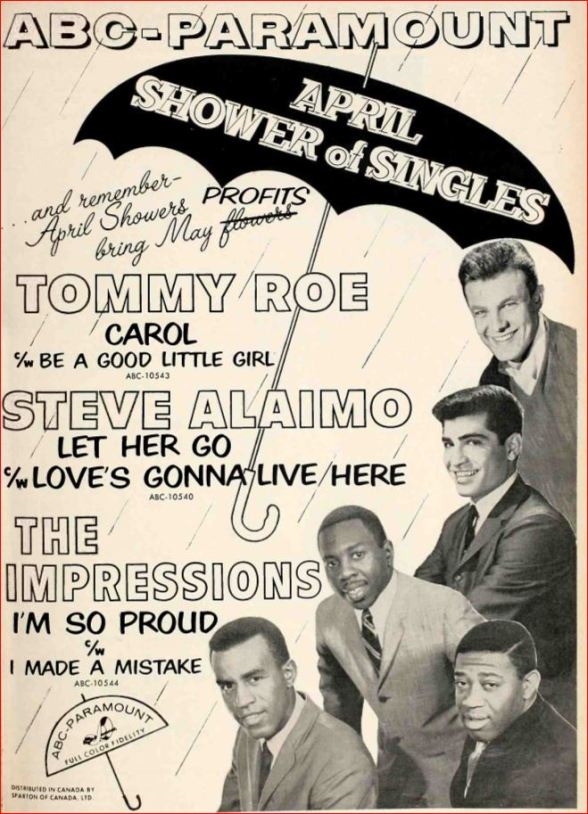 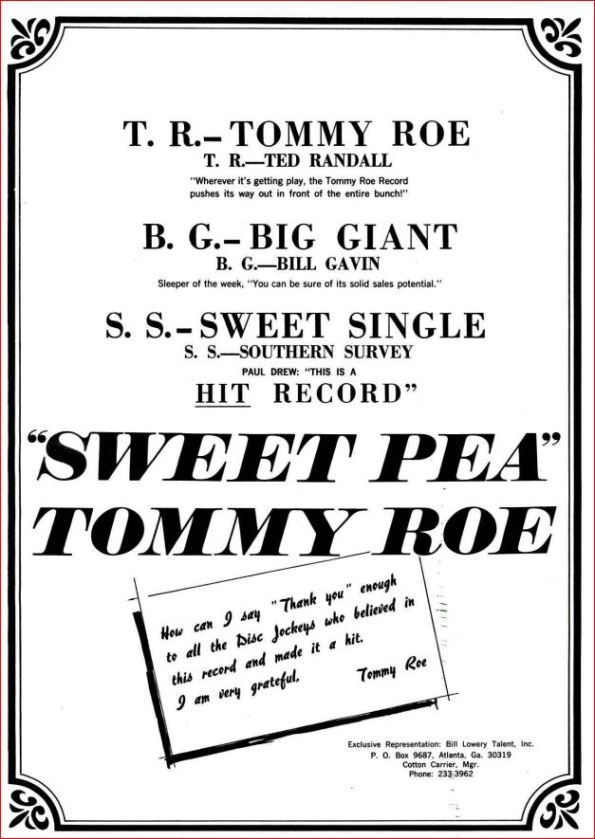