And Paul McCartney further added, “if there were no Carl Perkins, there would be no Beatles”.

Perkins was born on April 9th, 1932 in small Tiptonville, Tennessee – located in the middle of the State – west of Nashville and north of Memphis.  He was born Carl Lee Perkins – although his official birth certificate cited him as “Perkings” – a misspelling.

Perhaps Carl’s most influential figure for guiding his guitar playing was a local black field hand by the name of John Westbrook who advised young Carl that when it came to the guitar ….”you can feel it travel down the strangs, come through your head and down to your soul where you live.  Let it vib-a-rate.”  And “vib-a-rate” it Carl did!

He composed his first song at the age of 14.  The song would be known locally around Madison, Tennessee, where the Perkins family had moved to, as “Let Me Take You to the Movie Magg”.  The tune would serve to convince Sun Records’ owner Sam Phillips to bring Carl onto his label.  The song would come out on Sam’s “Flip” label, which paralleled Sun releases for about a year during 1955 with a handful of releases.

Carl and his brother Jay worked together as a country duo in 1946.  The pair would often perform Bill Monroe’s “Blue Moon of Kentucky” ahead of the Presley release nearly a decade later.  In a year or so – Carl brought in brother Clayton to add some thumping rhythm on stand-up bass.  They did radio shows and supplemented a lack of income with field labor (cotton), industrial plants and all sorts of odd jobs. 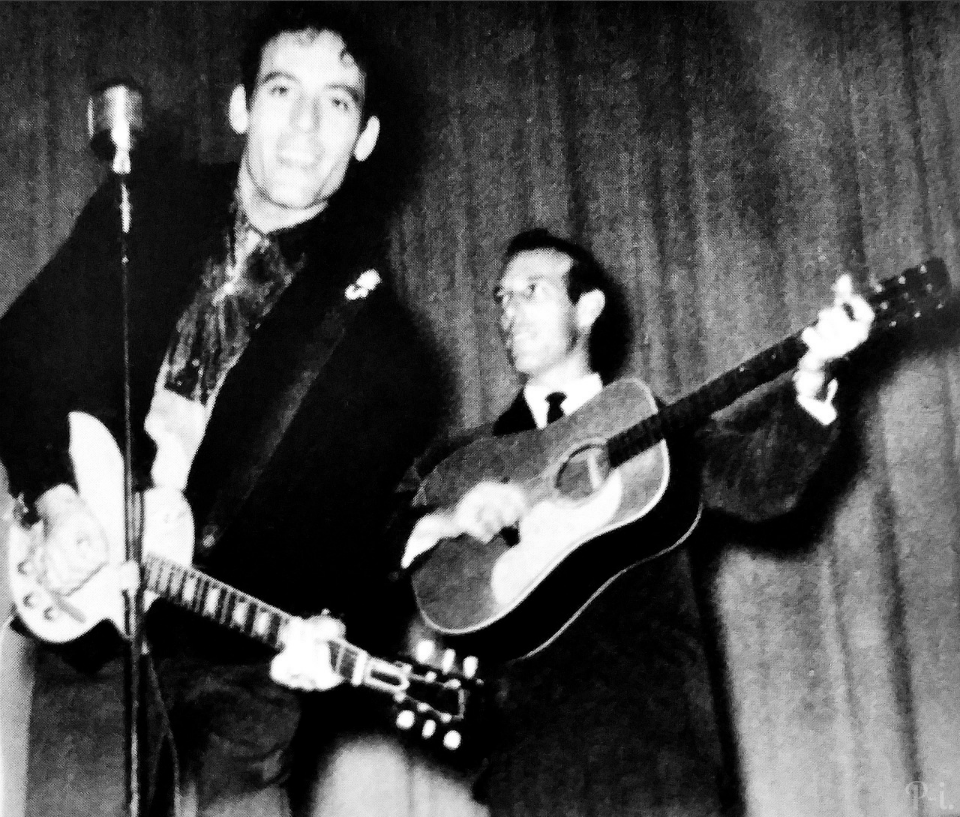 The Perkins – Carl and Jay

Once Carl had signed onto Sun with Sam Phillips, would release Carl’s first effort shorting the title to “Movie Mag”.  The tune received some airplay but not enough to land on any local radio stations record popularity charts.  The other side “Turn Around” actually out performed “Movie Mag”.

That success would come on Perkins’ third effort for Phillips “Blue Suede Shoes” backed with “Honey Don’t”.  “Blue Suede Shows” would be Carl’s biggest success peaking at number 2.  His following chart success was very modest – and not the determining factor of his huge influence in the world of rockabilly and then rock and roll.  “Blue Suede Shoes” would go number 1 on the Country Charts and place number 2 R&B – making him the first white rock artist to peak that high R&B.

A Pair of Blue Suedes in the Presley Museum

Presley would come along five months later to eclipse that feat with a number 1 in May of 1956 with “Hound Dog”.  Elvis would place 35 recordings on the R&B charts up through  1963 including six number 1’s.  For the record if you were wondering – Bill Haley and the Comet’s “Rock Around the Clock” came ahead of both the Perkins and Presley releases on the R&B charts – June of 1955 – but peaked at number 3.

From “Swade to Suede 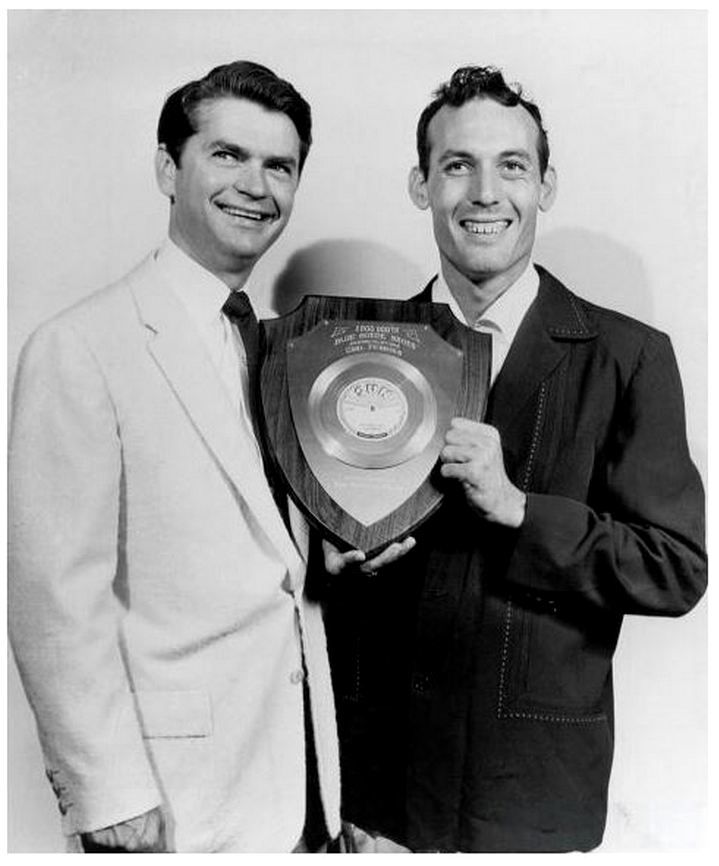 The inspiration for “Blue Suede Shoes” allegedly (there are two versions) came at while he was performing at a juke joint and overheard a young man on the dance floor admonish his girlfriend shouting “… don’t step on my suedes!”

Later, when he took the song into the Sun studio – Phillips made a minor change – but a good one – convincing Perkins to change the lyric line “go boy, go” to “go cat, go!”

Following the success of “Blue Suede Shoes”, Perkins’ next highest charting recording would come in March of 1957, “Your True Love” fizzling out at number 67.  It was his 3rd and final Sun record to chart on the Hot 100.  “B.

Amazingly the Perkins’ recordings of “Honey Don’t”, “Matchbox”, “Gone, Gone, Gone”, and “Everybody’s Trying to Be My Baby” all failed to make the charts by Perkins.

In late 1956, Elvis Presley, who had departed Sun for RCA Victor, stopped back into the Sun studio – joined his former Sun colleagues, and “The Million Dollar Quartet” was born as Sam Phillips ran the tape to capture the session.

To to Movies! – Jamboree!

In 1957, Carl Perkins was part of the immense rock and roll cast of a motion picture titled “Jamboree”.  The plot was a little thin – about a young couple trying to find their way – as “Peter Porter” and “Honey Wynn” – portrayed by Paul Carr and Freda Hollway – neither a household name.  But the musicians surrounding them throughout the movie impressive indeed!  Fats Domino, The Teenagers, Jerry Lee Lewis, Buddy Know, Jimmy Bowen, Charlie Gracie and Connie Francis to name a few.

Perkins survived a terrible automobile accident in March of 1956.  Injuries from the accident to brother Jay contributed to his early demise in 1958.

With little chart success, Perkins moves on to Columbia Records in 1958.  He released 11 singles and an LP – two tracks charted Hot 100.

From there on out there were a succession of labels – Decca – then back to Columbia in the 1970’s releasing several 45’s over a four-year period of time.  There would be very successful tours of Great Britain – a county that never abandon’s the founding rockers, TV shows, motion pictures – a nice recording reunion in 1986 – at the Sun studio – recording with Johnny Cash, Jerry Lee Lewis and Roy Orbison for “The Class of ’55”.

Perkins in the International Rockabilly Hall of Fame

Carl Perkins never relented or compromised – He came in a rocker and departed a rocker.  He performed on September 15th, 1997 in Great Britain – and would leave us just four months later – succumbing to cancer.  Carl Perkins was 65 years old. 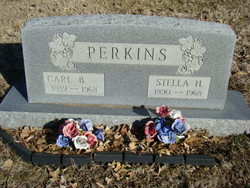 None of Carl Perkins’ LP’s managed to chart in the U.S.