Classic LP’s from the Golden Age of Comedy 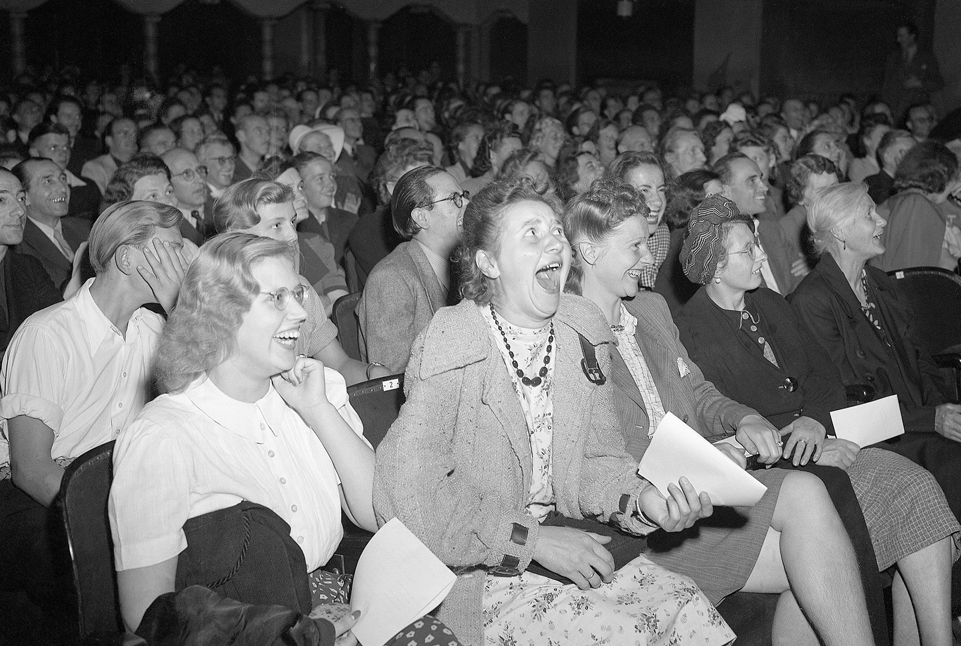 Presented here, for the most part, are the charting long plays of the great comedians of our time.  This list doesn’t exclude the later day stand-ups on purpose – such as Richard Pryor, Eddie Murphy, Robin Williams, Steve Martin, Andy Kaufman,  Seinfeld, Steven Wright and so many more – but takes a look back at their predecessors.

Everyone could use a good laugh in these uncharted times……

The two joined up as a comedy duo in 1957 and became regulars on the Ed Sullivan show appearing 44 times.  In all, they made more than 700 TV comedy stand-up appearances.  The Ed Sullivan gig resulted in a long string of popular long play recordings – selling well but not enough to enter the LP charts.

Steve Allen was born  Stephen Valentine Patrick William Allen in New York City in 1921.  He died in 2000 at the age of 78.  The LP below was his only charting comedy LP.  Most of his releases were Allen featured on the piano.

Born Allan Stewart Konigsberg in New York City in 1935.  Woody placed only this LP on the Hot 200. This LP won a Grammy

Lenny Bruce was born Leonard Alfred Schneider in Mineola, New York in 1925.  He died from a drug overdose in 1966 at the age of 40.

Although he didn’t reach the Hot 200 charts until 1975 – Bruce is included here as a storied and controversial stand up.  His first long play “Interview of Our Times” was recorded on Fantasy Records in late 1958.  Bruce was often arrested as a result of his stand up act.

Showing an early Bruce LP as well below.

This LP was actually recorded in 1972 charting several years after his death in 1966. Carol Burnett was born Carol Creighton Burnett in San Antonio, Texas in 1933 – She started her career as a stand-up working the night clubs of New York City – She moved on to become one of the premier television comics of all time.

Bill Cosby was born William Henry Cosby, Jr., in Philadelphia, Pennsylvania in 1937 – Cosby placed 15 LP’s on the Hot 200 charts from 1964 to 1986 – Cosby is currently serving a prison sentence in Pennsylvania stemming from sexual assault charges Phyllis Diller was born Phyliss Ada Driver in Lima, Ohio in 1917 – She died in 2012 at the of 95.  None of her long plays managed to reach the charts

Red Foxx was born John Elroy Sanford in St. Louis, Missouri in 1922. He died in 1991 at the age of 68.  No doubt that Red’s mature stand up themes kept him from charting early in his career – that changed briefly when he found TV fame on “Sanford and Son” starting in 1972.

Stan Freberg was born Stankey Friberg in Pasadena, California in 1926.  He died in 2015 at age 88. The LP below was his only charting LP.

Dick Gregory was born Richard Claxton Gregory in Washington D.C. in St. Louis, Missouri.  He died in 2017 at the age of 84.   Gregory will probably be best remembered for his unabashed activism and his writing in that vein – especially his book “Nigger” and “From the Back of the Bus” two books which were riveting in my up-to-then rather shielded life first published in 1964 just as I was heading off for college.

But in his own way he could do stand-up with a bite!  Quick on his feet, engaged and intelligent his recordings rang true for a generation and still provided a distinct form of humor to be appreciated.  Gregory placed two records on the LP charts.

Andy Griffith was born Andy Samuel Griffith in Mount Airy, North Carolina in 1926.  He died in 2012 at the age of 86.  A memorable television actor on the lighthearted “Andy Griffith Show” Andy was also an accomplished dramatic actor but his roots came as a “monologist” relating amusing home bread tales such as his “What It Was Was Football” from 1954 – It charted on the pop single charts at number 9.

Three of his long plays charted on the Hot 200 LP’s chart but none were comedy, being more inspirational in nature.

Buddy Hackett was born Leonard Hacker in Brooklyn, New York in 1924.  He died in 2003 at age 78.  None of his long plays reached the LP charts.  Beyond his stand up routines Hackett appeared in more than 20 motion pictures. Don Knotts was born Jesse Donald Knotts in Morgantown, West Virginia in 1924 – He died in 2006 at the age of 81 – Knotts tried his hand in many areas initially as a ventriloquist comic – He journeyed to New York City to try his hand but returned home due to lack of success – but success would come in a big way when he was cast as Deputy Barney Fife on the Andy Griffith Show – He found his calling!

Moms Mabley was born Loretta Mary Aiken in Brevard, North Carolina in 1894.  She died in 1975 at the age of 81.  Moms was one of the very first entertainers to publicly acknowledge being a lesbian coming out when she was 27 years old – unheard of in the 1920’s.

Moms charted 13 comedy LP’s from 1961 through 1969 placing her high on the list of successful stand-ups on charting vinyl.  Her version of Dick Holler’s “Abraham, Martin and John” was her only charting single peaking at number 35 in 1969 – a far cry from a comedy piece.

Jackie Mason was born Jacob Maza in Sheboygan, Wisconsin in 1931.  He placed two LP’s on the Hot 200 – his first in 1962 and his second in 1988 – Mason earned himself a ban from the Ed Sullivan Show when his act was cut short on the show due to a special address by then President Lyndon Johnson relating to issues in Russia politics.

When Sullivan flashed two fingers to Mason on stage to indicated cutting the routine to two more minutes.  Mason retaliated on stage launching a verbal assault on Sullivan and then indicating he had “a finger for you”.  Mason’s career didn’t end there but his TV contract was cancelled with Sullivan and a law suit resulted – Mason was more or less banned from all TV programs. Pat Paulsen was born Patrick Layton Paulsen in South Bend, Washington in 1927 – He died in 1997 at the age of 69.  He began his stand-up act – accompanied by guitar – on the West Coast and also in New York City – His fame came via the Smothers Brothers and at their suggestion ran a mock campaign for President of the United States.

Quips and slogans would abound a favorite being when ‘questioned by reporters as to some outlandish political stand Pat dryly responded “picky, picky, picky’.

Don Rickles was born Donald Jay Rickles in New York City in 1926.  He died in 2017 at the age of 90.  You didn’t want to be the target of Rickles’ quick and sharp tongue – but everyone was.  If Don was invited to attend a celebrity roast – fasten your seat belts!  Don was an insider quasi member of Frank Sinatra’s “Rat Pack”.  That says it all.  He placed two long play records on the Hot 200 LP charts.

Joan Rivers was born Joan Alexandra Molinsky in Brooklyn, New York in 1933.  She died in 2014 at the age of 81.  Joan was my favorite female comic – Her stand up career came into focus staring in 1965 when she began appearing on the Tonight Show with Johnny Carson -whom she kept in stitches.  The LP below is her only charting recording and it didn’t happen for her until 1983 – a testament to her talent longevity.

Allan Sherman was born Allan Copelon in Chicago, Illinois in 1924.  He died in 1973 at the age of 48.  Allan placed seven LP’s on the Hot 200 charts including three number one LP’s in a row all three coming in 1963.  His final charting LP was in 1965.  Sherman – unlike his fellow travelers presented here – sang his paradies and enjoyed and enjoyed a number 2 Hot 100 hit with “Hello Muddah, Hello Fadduh! (A Letter From Camp)” in 1963.

Topo Gigio started his career on an Italian children’s television show in 1959.  His creator was an artist Maria Perego and his voice was first done by Giuseppe Mazzullo.  By the time he made his way as a regular feature on the Ed Sullivan Show – often including Ed in his routine – the voice was that of Davide Garbolino.

Cute little puppet mice never die and so Topo Gigio lives on!  Topo made his way onto a few recordings – mostly European and of course none ever dented the charts. 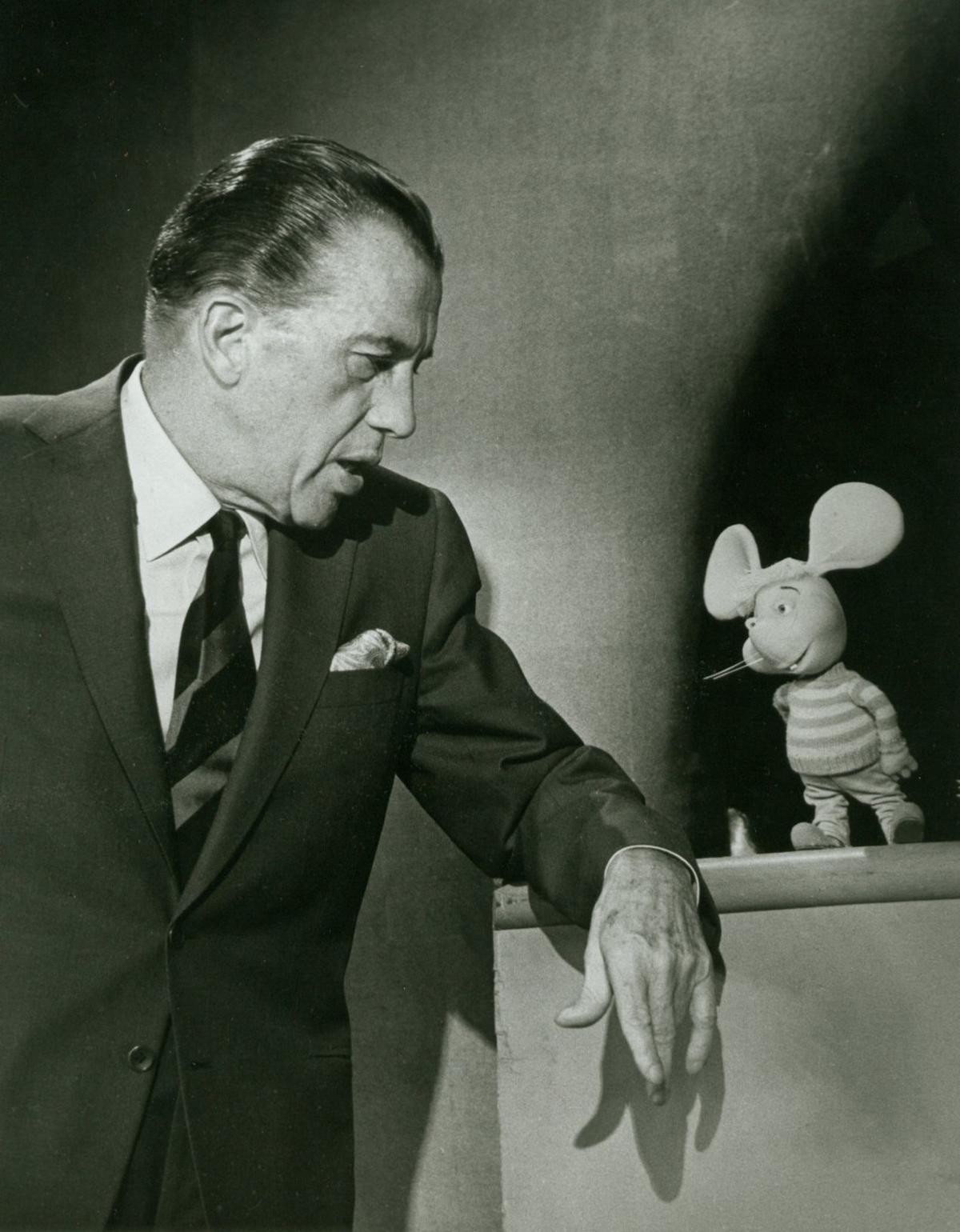 Rusty Warren was born Ilene Goldman in New York City in 1930.  Rusty ranks high among charting female stand-ups placing seven LP’s in the Hot 200 charts from 1960 to 1966.  Her comedy was the type that my parents’ generation loved to play at parties back in the early 1960’s – What a hoot!  Her “Knockers Up!” LP leads the pack on chart longevity running for over three years.  She was no Lenny Bruce but she had her following among the martini crowd.

Senor Wences was born Wencesiao Moreno in Spain in 1896.  He died in 1999 at the age of 103.  Wences was another regular on Ed Sullivan’s TV show and his partner “Johnny” was drawn on his hand and completed with cloth body.  Johnny’s appearance evolved over time from his debut in 1935.

It is a bit difficult to image listening to a ventriloquist on a recording but Senor did record two singles – one below which also featured the gruff voiced “Pedro” who resided inside a box!

Woody Woodbury was born Robert Dennis Woodbury in St. Paul, Minnesota in 1924 and is still living (March 2020) – He began his stand up career in Florida working night clubs in Miami and would later become a mainstay in Caesar’s Palace in Vegas.

Henny Youngman was born Henry Yungman in 1906 in London, England.  He died in 1998 at age 91.  Youngman did not place any comedy LP’s on the charts.