Don Lewis came through Denver via Dayton, Ohio. He remained in the Denver for about 10 years and returned for awhile (and thus the LP title). He finally moved on to Santa Monica, California.

Gary Lewis and the Playboys

The Lewis and Clarke Expedition

The Limeliters have a subtle connection to Colorado with the trio, yet unnamed, of Lou Gottlieb, Alex Hassilev and Glen Yarbrough migrated to Aspen, Colorado in 1959 where they began their career performing at club which Yarbrough and Gottlieb had purchased on an earlier skiing trip to the mountain town, called “The Limelite”.  They would soon move on to California where they adopted the name The Limeliters and then commenced on a career together lasting into 1963 at which time Yarbrough went solo and was replaced by Gateway Singers member Ernie Sheldon.  The group had no known recordings released during their time in Aspen.

Pam Iacino and Dawn Norwood – Competed in the 1965 Show Wagon

Lynn Morris now lives in Winchester, VA – Her current website is http://www.lynnmorrisband.com/ – Lynn attended college at Colorado College and then found her way to Little Smoke in Colorado before moving on to the national blue grass stage.

The Lords of London (Durango)

Was a member of One Horse Blue, Millions and Pretty Rough

Doug Lubahn attended Golden High School in the 1960’s. He was recruited by the Doors to provide his bass playing talents. He had previously played in a Golden group called the Carpetbaggers. On a recommendation of Mama Cass Elliot who he met while in Aspen – Lubahn migrated to Los Angeles where he joined the group Clear Light in 1967. He auditioned with the doors and played with them on three of their long plays; “Strange Days”, “Waiting for the Sun” and “The Soft Parade”. It was decided from the beginning that he would only work with the Doors in the studio and not in live performances.

He was replaced by mutual agreement by bass player Harvey Brooks. In later years Lubahn would play with East Coast Group Dreams and would also work with Billy Squire and Ted Nugent.

The Lucas-Vaughan Review with Peggy Lynd

Lunceford was another Denver resident (coming from Tennessee) who attended school here, studied music here and was yet another member of George Morrison’s orchestra appearing at Denver’s Empress Theater.  He recorded very extensively in the 1930’s and 1940’s on many prominent national labels.

They were both Boulder transplants (as so many are – is there such a thing as a Boulder Native?) Lutken from Dallas, Texas and Reynolds from Middletown, Connecticut.

At the Paradise East 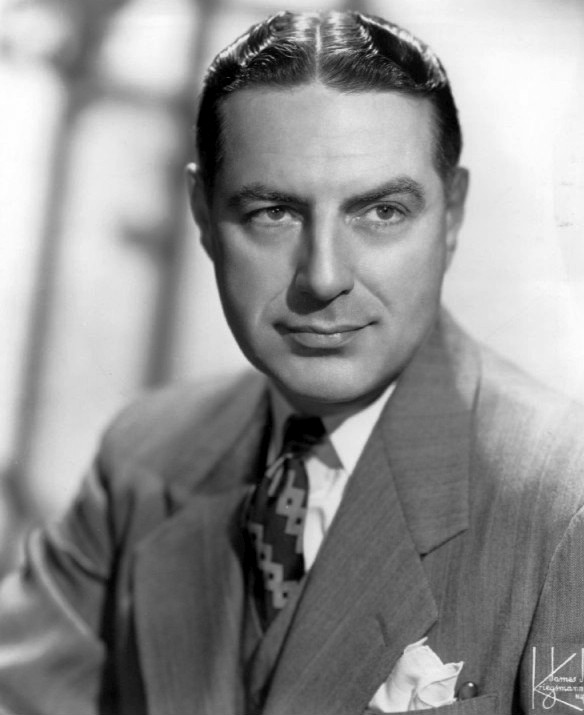 This band formed in 1970 and is the subject of an award-winning documentary created by sitcom producer Lee Aronsohn who was familiar with the band from his student days at the University of Boulder in the early 1970’s.

The band did not record during the 70’s but opened for national acts including The Youngbloods, Cat Stevens, The Nitty Gritty Dirt Band and others.

Aronsohn’s film was released in 2018

The Magic Of Christmas

This is yet another promotional recording produced by Fred Arthur of Denver’s premier production man.

Smiley Malcolm and His Western Playboys 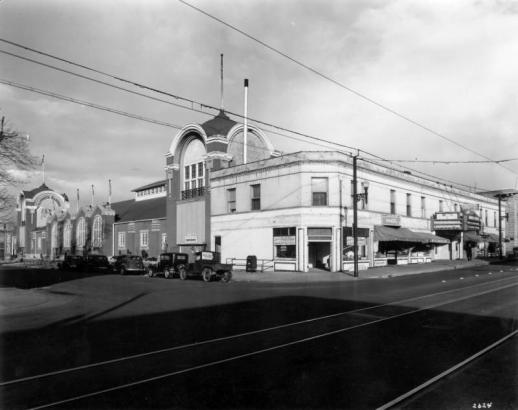 This LP features the singer/servers from Marios Restuarant. Check out the back cover menu prices! Members who I can make out from their signatures are Mary Trout, Gene Everett, and John Sullivan – but it probably doesn’t matter much.

Orea Marshall was a very early vaudevillian performer in Denver – He worked as part of a team with his brothers performing in Denver’s Five Points neighborhood.

Appeared at the Antlers Hotel Falcon Room in Colorado Springs

This may be the same country singer who immigrated to the U.S. from Leeds in the U.K.

Members included the duo of Scott Bruning and Cary Steinberg

McCall was William Dale Fries Jr., born in Iowa and lived in Nebraska for a time. McCall hit pay dirt with his monster hit “Convoy” which peaked at #1 on the Country charts in 1975 and remained at the top for five weeks. It was his first chart success – He had entered the top 30 four times previously. The song also hit number 1 on the Billboard Pop charts for a single week. Later in 1977 his “Roses for Mama” would go to #2 Country. McCall made is way to Colorado where among other things he was elected Mayor of the Western Slope town of Ouray.
Visit the C. W. McCall Discography Page

Dan performed in Estes Park with the Lazy D Wranglers dude ranch group as did many other local musicians.

Hattie McDaniel was born in 1985 in Wichita, Kansas.  Both parents were former slaves.  Her family moved to the State of Colorado in 1900 first settling in Fort Collins and then moving to Denver.  She started off her career working with her brother Otis in his traveling minstrel show.

She would then join up with George Morrison in a group called “The Melody Hounds” who performed regularly on KOA radio making her the first black woman to perform on radio.  Hattie enjoyed a recording career up until the stock market crash and fell on hard times.  Moving to Los Angeles in 1931 didn’t bring film roles that she sought but found the door to Hollywood initially closed.

That changed in 1932 when she landed her first film role in “The Golden West” playing a maid.  More movie roles would follow and she stepped up the ladder several rungs when she appeared in a major movie “The Little Colonel” starring Shirley Temple, Lionel Barrymore and Bill Bojangles Robinson.

More would follow and often she would perform musical numbers.  Her acting career brought her close in friendship to many Hollywood stars including Clark Gable, Bette Davis, Henry Fonda and many more.  Audition time came for “Gone with The Wind” and Hattie won the part hands down even though there was stiff competition.

McDaniel would receive and win an Oscar for “Best Supporting Actress” in her role as “Mammy” in the film classic.  Her Academy Award was the first ever garnered by a black actor.

Her later years took her through more motion pictures, television, a radio show and so much more – not excluding becoming involved in activist causes.  At times Hattie received unjust criticism for depicting stereo types – coming from those who had not nearly walked a path in life in anything nearing a comparison to Hattie McDaniel’s shoes.

Hattie received recognition via two stars on the Hollywood Walk of Fame – one for motion pictures and one for radio achievement.

Her career in total surpasses so many others, and a read of a Hattie McDaniel biography would be time well spent!  Hattie McDaniel died on October 26th, 1952 from breast cancer at age 57.

This group was fronted by Chris Wood who grew up in Colorado and attended Boulder High School (a 1988 graduate).  He met his two band mates in New York City (John Medesk and Billy Martin) 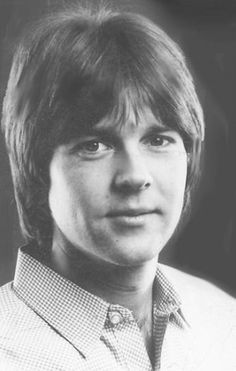 The Mel and Dawn Duo

Appeared at the Gaslite on Alameda

A doctor who treated mental illness in the State of Colorado

The Men Of Notes

Appeared at Earl Brewer’s Evergreen at the Lake in 1959 The Middle of It All

Middle of the Road

They are Mike Dunn and Frances Love – Mike joined the New Mobile Strugglers briefly in 1966 while attending college in Pueblo – This probably isn’t the same group that came out of Loveland High School graduating in 1967.

LP – “When First Unto This Country”

Miles formed a trio with fellow Colorado Music Hall of Fame member Bill Frissell along with drummer Brian Blades.  He was born in Indianapolis, Indiana in 1963 coming to Denver in 1974 attending East High School and then the University of Denver.  He is co-ordinator of Jazz Studies at Metropolitan State University of Denver.

Ann Miller (Denver) with other Artists

Buddy Miller (and the Hi Lo’s)

At the Coffee House

Eddie Miller performing at the Keyboard Lounge at 5640 West Colfax.  The Keyboard was owned by Denver’s Morey Bernstein who also owned the Finer Arts label in Denver.

Terry Miller was a late 1950’s recording artist who just couldn’t find his mojo though given opportunities by several labels. Denver composer and Finer Arts label owner composed a few sides for this obscure Denver artist.

Appeared at the Rendezvous on East Colfax in 1960

Appeared at the Caravan West in Wheat Ridge

Eric Mitchell & The Shadows of Dawn

The M and M Connection

At the Aurora Lounge

Katy worked around the Denver front range area as a struggling musician for about four years during the 1970’s before landing a recording contract and moving on to greener pastures.

Appeared at the Bear Valley Inn on South Sheridan Blvd. in 1959

I have absolutely no idea what connection this group may have to Colorado other than the fact than whenever a copy comes into the used vinyl store Wax Trax in Denver, they always file it in the “Colorado” section.  I have asked them what the connection is and they don’t seem to know – Strange.  PS: The cover is a bit controversial – that’s another story.

The group is from Warren, Ohio

Money Is To Burn

Ronnie grew up in the Mile High City.  He went on to do session work recording with Van Morrison, Boz Scaggs, Edgar Winter and others.

From their days at Denver radio station KHOW – These guys had a huge following and top rating in the Denver market. Charlie Martin moved to Arizona after his retirement and passed away in 2013.

At the Cameo Lounge

At the Idle Hour Lounge

Morrison was a major musical figure in Denver going back into the 1920’s a prior.  He formed his band and they entertained in various configurations and numbers.  The band journeyed to New York City in 1920 at the invitation of Columbia Records recording as “Morrison’s Singing Jazz Orchestra” with their tracks designated to be released on Columbia’s “race records” series.  Oddly, I have not been able to locate any Columbia releases by Morrison.

Their Columbia contract was cancelled after several years and so the Morrison band returned to Denver and in 1930, his orchestra became a mainstay at the Lakeside Amusement Park performing at the El Patio Ballroom changing their name to “Morrison and the Rigadooners”.  His band was permitted into the park for these performances even though black citizens were prevented from entering (same policy was in place at Elitch’s Gardens).

Other ethnic groups including Italian, Jewish and Russian were also banned from entering either of Denver’s amusement parks – as pretty much was the practice all across the United States at that time.  Around 1948 after WWII the bans were lifted in the Denver Parks.

Morrison was a music instructor in Denver working with youth of his neighborhood – often for free when income presented a challenge for his student’s family.  He played violin in Denver’s Shorter AME Church and was the founder of “The Black Musicians Local No. 623” in Denver.  Morrison owned the Five Point night club “The Casino Caberet Ballroom” which he opened in 1948.

This is a long-time Colorado folk group, still going strong in 2016.

45 – The Ballad of Highlands Ranch

At the Ranch Manor Motor Inn

The following LP’s and hit Single’s were recorded at the Caribou Ranch outside of Nederland:

Arthur Murray was heavily involved with commercial production and recording around the Denver area during the 1950’s and 1960’s (and probably beyond) – Not to be confused with the dancing Arthur Murray who had studios throughout the land including for in Colorado. At the Aeroplane Club