The College Inn was a hangout in East Denver for the medical student crowd just off Colorado Blvd.

Images by Lisa Wheeler author of the “North of Pueblo” and “Pueblo City Limits”  Colorado Blogs, The Ellis Brothers, The Flying Whale

The Tymes and Places

Virginia Unrein was born in 1923 and passed away in June of 2013.  She lived a long productive life filled with music!

At the Denver Convention Center – December, 1971

Jeff Valdez attended Pueblo Central High School and went on to a long career as a motion picture producer and actor.  He did stand up comedy in Colorado Springs before heading out to California but not before joining a band in the Springs called “The Giving Tree”.

Johnny Vanelli (and the Colorado Brass)

Townes’ family moved to the state of Colorado in 1958 when he was a teen.  He would enroll in the University of Colorado in 1962.  Problems with substance caused his parents to come to Boulder in 1963 to remove him from the school and to take him to their home in Houston, Texas – where he was diagnosed with manic depression.

His musical career flourished in the late 1960’s and into the 1970’s.  He composed many songs which charted for other artists.  He had a prolific recording career cutting many long plays throughout the 70’s.  He died from substance related causes on January 1st, 1997 at the age of 52.

At the Melting Pot

Various Artists at the Trocadero Ballroom

The constant Colorado connection with the Troc Jazz series was Peanuts Hucko who resided in Denver and was most likely the catalyst bringing these jazz musicians to the fabulous Trocadero.

Dot and Jimmy Vaughn were from the southern central area of Colorado, home of the heavy weight champion of the world, Jack Dempsey.

The couple’s actual name was Jimmy and Dot Soward.  The couple had connections to Norman Petty in New Mexico and traveled there on at least two occasions to work with Petty.

The sessions resulted in several tracks which found their way onto vinyl.

He returned to Clovis in 1976 to record his “Wanted” long play which was released on It’s Just Country Records.

All of the above were recorded with Norman Petty in 1976.

Vigil attended Pueblo East High School and then went onto college at Adams State College in Alamosa, Colorado.  He joined a group out of Pueblo called “Kismet” which at times appeared at Taylor’s Supper Club in Denver.

Bernstein was the proprietor of the Keyboard Lounge.

Appeared at the Keyboard Lounge on West Colfax

The Voices of Mute (Colorado Springs)

Phillip was a member of Paul Revere and the Raiders.  Volk was a student at the University of Colorado, playing in a “frat” band when contacted by the Raiders.  He immediately accepted the offer and caught the next plane out of Colorado.

The following LP and hit Single was recorded at the Caribou Ranch outside of Nederland.  Walsh came to Colorado after leaving The James Gang.  He stayed in the state for quite some time eventually joining The Eagles.

Tyler Ward was born in March of 1988 in Aurora, Colorado.  He has recorded many CD’s during the time period from 2010 up through the current time and has toured extensively with many name acts.

Members of this group performed with the local chapter of “Up With People”. They also performed from time-to-time at Taylor’s Nightclub in west Denver.

At The Melting Pot

Interesting that once again Frank Slay is the producer for yet another Colorado group – probably based on his ventures into Colorado to witness KIMN’s Battle of the Bands.

Weiss grew up in the Denver area where according to Wikipedia his parents owned the Record Center located down on 16th Street before it became a pedestrian mall. He would take up the drums which led him toward his musical career first locally backing Lightnin’ Hopkins and later touring with him nationally. Then it was on to Tom Waits and with them Rickie Lee Jones all performing together in California. Jones later paid tribute to Weiss in her self-penned hit “Chuck E.’s in Love” in 1979. Weiss started up the Viper Club in the L.A. area.

LP – The Other Side of Town

“After graduating from college, Dick moved to New York, and spent the next four years alternating between attending graduate school and becoming active in the folk music scene in Greenwich Village. Eventually he dropped out of Columbia, performed with Happy Traum, did a two week gig at Folk City opening for Brownie McGhee and Sonny Terry, and with John Phillips and Scott McKenzie formed the folk-pop band The Journeymen. Three and a half years, three Capitol albums and several hundred concerts later, Dick moved back to New York and became a studio musician, record producer and songwriter.”

“In 1972 he moved to Colorado, got a music degree, wrote numerous instructional books for banjo and guitar, and performed widely. This evolved into a writing career, co-authoring the award-winning Folk Music Sourcebook and writing the best-selling The Music Business: Career Opportunities & Self Defense. At the same time Dick taught at the late Colorado Women’s College, later getting an MA from the University of Oklahoma, and working for NARAS as their National Educational Coordinator in Los Angeles in 1987. Moving back to Colorado, Dick became a tenured professor in the Music & Entertainment Industry program at the University of Colorado at Denver. While in Colorado he wrote a number of other instructional folios, two feature film scores, and he focused on performing and recording original instrumental music.”

A strange square dance record with vocal and instrumental versions of Roy Orbison’s “Pretty Woman”. The label August was based out of Wheat Ridge, Colorado.

(Images from “North of Pueblo” Blog)

Ted West with Buddy Watkins and His Buddies of the West

Many of the records posted here were recorded at the Western Cine Studios in Denver over the years. Below is a comment from Marsh Faber – The Maryruth Weyand promotional record which follows this listing was also recorded at Western Cine)

“Ran across Scott Newell’s reply. My father, Marshall Faber, photographed the cover of “Passin’ Through” for Walt Conley. I think I wore the record out listening to it. My father also helped Johnnie Newell with the chemical processes at Western Cine. Dad had been in the motion picture business since about 1934, and did a lot of experimenting with color film when it was in its infancy. He shot most of the commercials for Channel 9 (then KBTV, now KUSA) and was the chief news photographer, in addition to being in charge of the physical plant. I think the original photos of Walt were lost in the Cherry Creek flood of 1965.”

Maryruth composed songs for The Lawmen and for Gary & Eddie – both of whom appeared at Taylor’s Supper Club.  The record below was released in at least two different packages for two different promotional objectives. 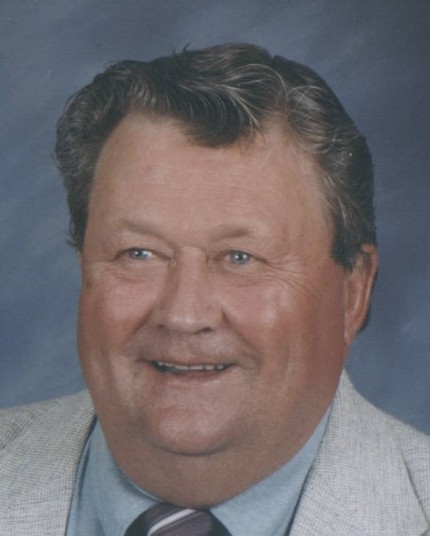 “Donald Weyand, age 86, passed away February 23, 2018. Don was born April 23, 1931 to Henry and Anna Weyand in Pueblo, Colorado. Don is survived by his wife of more than 66 years, Maryruth, by his children Bob and wife Kathy, Valerie, and Dan and wife Kim, and by four grandchildren and nine great grandchildren.

Don was a three-sport athlete at Pueblo Centennial High School. He studied engineering at Wichita State University then went on to work for Boeing and Cessna in Wichita as a draftsman and later as a design engineer. In 1958 he moved his family to Denver, where he worked for Stanley Aviation for 16 years, rising to the position of Manager-Production Design.

In 1965 Don and Maryruth started and operated Carousel Productions, producers of radio and TV commercials, records and custom multimedia presentations for major companies across the U.S. On their own Cartay record label they wrote and produced the unofficial Broncos anthem “Make Those Miracles Happen” sung by Jon Keyworth of the Broncos. Created to celebrate the Broncos first Super Bowl appearance, it remains a popular local hit forty years later.”

Jay had his start in the U.S. Air Force where he fronted a dance band. His orchestra appeared on all the major TV networks as well as radio – while they maintained their base in Denver, Colorado.

Jimmy Wilkins & The Blue Falcons with The Sarands

This is Alton Albright

This LP was sponsored by Denver radio station KIMN

With Darrin Johnson on drums

Willie & Jerry and Their Gang of Popular Musical Artists

Willie and The Original Stablemen

Appeared at the Tally Ho on West Alameda in 1961

Appeared at the Crossroads in Pueblo

The late Tom Withrow passed away in 2001.  His name was Loyd Thomas Withrow born in Miller, Montana.

Appeared at the Theater Bar and Lounge

The Limeliters with Glenn Yarbrough started up in Aspen, Colorado in the early 1960’s before going on to fame.  This LP contains a nod to the Mile High State “Colorado”.

This bluegrass group was founded in the mountain town of Nederland in the 1990’s.

These guys migrated from Nebraska before landing in the Denver area. The cover depicts the two back in their Nebraska college days. This LP was cut in 1982.

House band at the “New” Zanzabar on West Colfax in 1959

Appeared at Cavaleri’s on Tejon in North Denver in 1961

Formed in 1969 – this band featured guitar player Tommy Bolin. Much in the vain of many 70’s groups in Colorado – band members congregated along the Colorado Front Range attracted from all parts of the country.

Bolin later played with The James Gang and then Deep Purple for a time – also doing much studio work and solo work. After the demise of Zephyr band members the Givens with Tommy Bolin, John Faris and two former members of Flash Cadillac – Mick Manresa (Flash) and Harold Fielden put together The Legendary 4-Nikators. Their base was Boulder, Colorado.