The Denver Guys Who Gave Us Rock and Roll

I was treated to a great event this week – joining a reunion with a great bunch of guys – all rockers and performers from Denver’s rock and roll past.  In attendance at a mid-morning breakfast were (left to right) – Joe Holonbek, PopBoptilUDrop (with cap), Frankie Rino, Ray Sekera, Larry Higgins and Pete Tracy.

Joe Holonbek graduated from Jefferson High School and played lead guitar with “The Saints” who recorded on Band Box Records in the very early 1960’s and is also an inductee into the Colorado Country Music Hall of Fame.  Frankie Rino is a St. Joseph High School grad.  Early on he fronted a Denver group – “Frankie Rino & The Checkmates” and later formed a backing band – “The Innovations” releasing an LP on the local Lederman record label.  Ray Sekera (South High graduate) played bass guitar with Larry Higgins in “The Daleks” – a mid 1960’s mainstay act at Sam’s on Lookout Mountain.  Ray and Larry also briefly performed at “The Syndicate”.

Larry Higgins graduated from Mullin High School.  He was the drummer for local group “Freddie and The Hitch Hikers” another Band Box Records group.  Their unique contribution to the local scene is their recording of “Sinners” which featured the first rock employment of the Theramin musical instrument.  The Theramin provided that eerie background sound on “Sinners”.  Apart from the presence of the the instrument – the single is highly prized and sought after by rock and roll enthusiasts world-wide.  Larry also was the drummer for “The Gigolos” backing Don May, and Denver’s “Valiants”.

Here are just a few of the tid-bits of memories which I was able to document during our get-together:

HIGGINS: Larry Higgins recalled that while on the road and performing in an after hours club with another musician who played the Hammond.  This was  in Salt Lake City in the 1960’s – The club was “The Black and Tan”.  Larry recalls that the duo didn’t have a name.  Larry and partner announced they were going to next play “The House of The Rising Sun”.  A patron approached them from the nightclub floor and asked politely if he might sing along.  He had a British accent and Larry immediately recognized him as non other than Eric Burdon!  What a great experience that must have been!  The Animals were in town performing with Gerry and the Pacemakers and Chad & Jeremy.  Larry joined Eric and his wife or companion for dinner aftwerwards.  This led to a visit the next night to watch the Animals perform.  Larry was introduced to Chad Stuart.  Chad & Jeremy had just lost their American drummer on the tour to the draft and asked Larry if he would care to fill in.  Larry was newly married and so he declined. 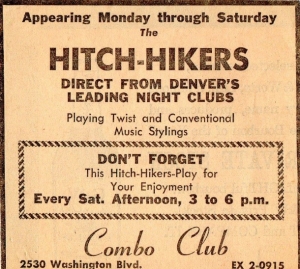 Larry Higgins should above with The Hitch Hikers – Third from Left

Later, Larry would join up with a group called The Valiants and embarked on a western U.S. tour which paralled  The Checkmates  with Sonny Charles (their big hit was “Black Pearl” a track which was produced by Phil Spector and reached number 13 on the Billboard Hot 100).  The Checkmates shared the same agent as The Valiants so they would show up at similar venues.

When Freddie and The Hitch Hikers were working on their song “Sinners” they rehearsed it in Denver with Fred Taylor of “Fred and Fae” fame (local TV personalities).  Larry recalled they were at Fred’s home for a week or two.  Larry states “Fred and Fae were great people.  Fred was a drummer and started “The Blue Knights” (a Denver drum and bugle corps).”  Fred was also very active in the Denver scene as a produced and commercial jingle writer.

The Daleks – Regulars at Sam’s on Lookout Mountain

RINO: Frankie Rino’s group “The Checkmates” included Ray Sekera, Curt Fisher (drums) and Dave Adams (guitar).  “The Innovations” who accompanied him on his 1969 LP were Les James (piano), Denny Dale (drums), and Tony Streno (bass and trumpet).  While Frankie was performing in Las Vegas in the early 1970’s he was approached by a talent scout who asked him to appear on a special program where Hollywood personalities would introduce upcoming talent.  Danny Thomas was scheduled to introduce Frankie with the Rendon Brothers.

Once at the set of the popular TV show – he was introduced to Thomas who told him “Relax – You will only be performing for about 23 million people!”  After the trio finished their number the audience gave them a rousing ovation at which point Griffin requested a second number.  Frankie quietly told Rino – “Mr. Griffin we only rehearsed one number for the show.”  Which prompted Griffin to exclaim “Any true musician can do a number without rehearsing!”  At which point they did!

Frankie Rino and The Checkmates (Frankie on the Right)

Frankie occasionally performs for close friends but he still is making music.  His latest CD was recorded at FTM Studios in Lakewood. 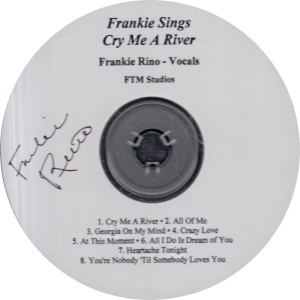 HOLONBEK:  Joe is a very talented guitarist (as well as master of other instruments).  He was a member of “The Saints” selected by group leader Dave Barhite.  Joe recalled a story when he and some band mates were out of town at a restaurant – when a local acoustic trio performing there approached their table stating they were about to play “Desafinado” a complex jazz oriented number recorded by so many and made popular by Charlie Byrd and Stan Getz (#15 Hot 100 – 1962).  Joe asked for one of their guitars.  The musicians looked at him with more than a look of concern for their instrument.  At this point Joe began to ripple through the song structure taking the trio completly by surprise – and then calmly handed them their guitar back.

Joe continues to perform and currently appears at Lupita’s Mexican Restaurant at 11809 East Colfax near the new Aurora hospital district. 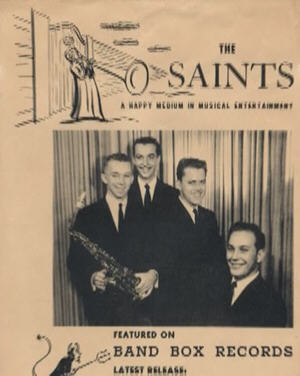 SEKERA:  Ray is also an inductee into the Colorado Country Music Hall of Fame as is Holonbek.  They are two of ten Band Box artists in the Hall.  Ray in later years was a member of Colorado group “The Motivation Machine”.

TRACY:  Pete fronted the Denver group “The Pete Tracy Trio which included both Ray Sekera and Larry Higgins.  Pete told a touching story at the breakfast.  Seems he Frankie, Larry and Ray were all together at a watering hole.  Frankie was thinking out loud about forming a new group and casually mentioned the possibility of inviting both Larry and Ray.  Pete said he sat there not sure where he fit into the picture.  Pete recalled, “I was thinking ‘oh boy’ what will I do now!”  But before he could take the thought any further Frankie said “You know what, I’m not breaking up a group just to form another group.  That just isn’t right!”.  Pete said he has always carried that memory with him with gratitude.

Pete was also a member of “Dean Carr and the Corvettes” a group which also included the late Bill Dyker who was married to Denver recording vocalist Cee Cee Carol (Band Box, Finer Arts labels).

During the reunion breakfast the guys spoke of so many bars and nightclubs where they performed and visited back in the Day in the Denver area that I could barely keep up taking notes.  Here is a partial list: