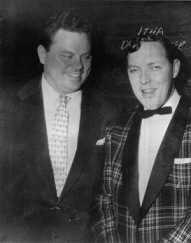 Jimmy is the composer of the anthem “Rock Around The Clock” a song that was recorded by more than 500 artists and that sold over 200 million copies according to one Meyers’ interview (in another he estimates 100 million) which would easily make it the biggest hit song of all time if those statistics are valid. But according to Wikipedia realistic estimates are probably 30 million on the high end. His birth name was James Myers. He released one single in Denver on Band Box label in 1961 (shown below). This single was undoubtedly recorded in Philadelphia and somehow picked up by Band Box owner Vicky Morosan. The first release of “Rock Around The Clock” was released in 1954 by Sonny Dae & His Knights, but this was an entirely different group than De Knight’s own band ensemble. Jimmy penned other Band Box releases for Little Gracie and Bobby Latin, indicating he and Band Box owner Vicky Morosan must have maintained contact via a recording agreement of some kind. Vicky was quite prone to traveling far and near to promote her music business as best as she could manage with limited resources.

His “Knights of Rhythm” were more than a rock combo – often featuring as many as 20 musicians during performances depending on how many were readily available in any given venue. James was a drummer/leader of the group but abandoned the drum kit after WW II and concentrated more on the business end of music starting up Cowboy Records (all 78 rpm) and establishing “Meyers Music” out of New York City. Long after the initial success of Rock Around the Clock De Knight continued to plug away with his various music interests – giving them up for a time due to health issues but returning eventually and starting up “James E. Meyers Enterprises” as his re-entry into the business focusing on country music and some gospel – releasing his artists on CD’s. 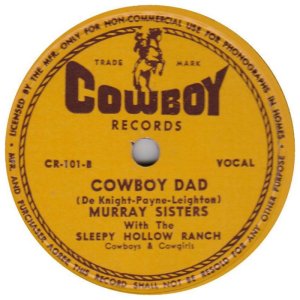 I have learned much more about James Meyers – He had heavy involvement with Bill Haley and The Comets. He labored long and hard to get east coast DJ’s to listen to and play “Rock Around The Clock” traveling far and wide handing out samples. It took more than a year for it to finally break big – due to it’s inclusion in “Blackboard Jungle”.

DeKnight Tracks – Other than “Clock” 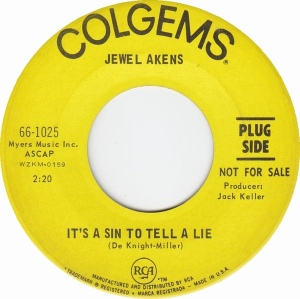 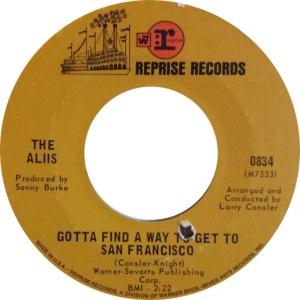 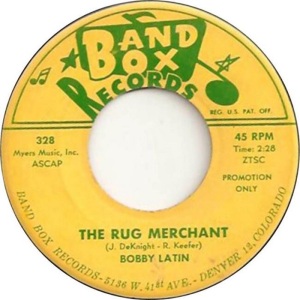 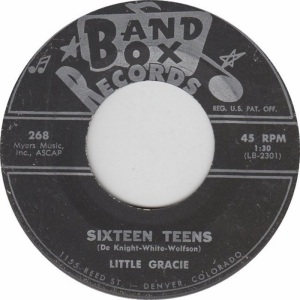 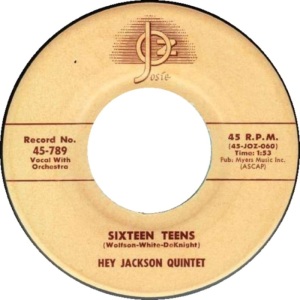 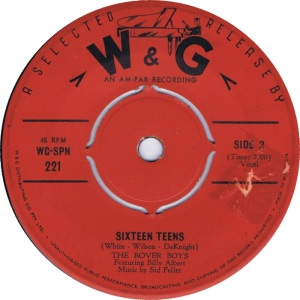 Here is a great interview with Meyers on the “Rock-a-Billy Legends” web site.

Here is De Knight’s rather tame version of “Rock Around the Clock” on Peak Records (other than the screaming sax). Peak (below) was yet another of Meyers’ labels based in Philadelphia. I know of no other releases on this label. 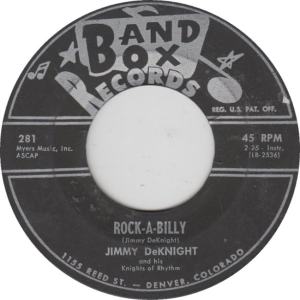 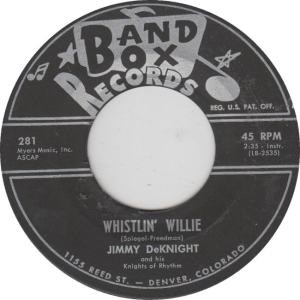 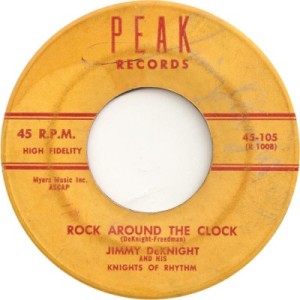 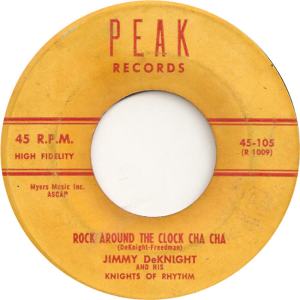 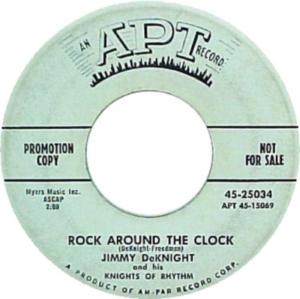 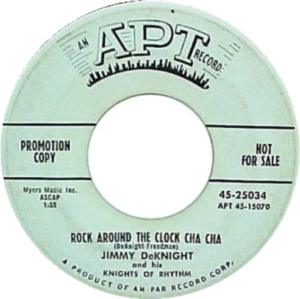 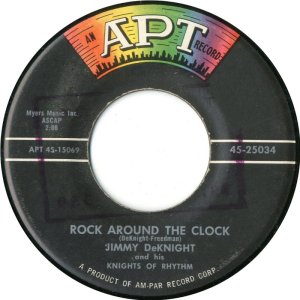 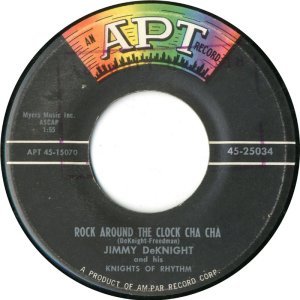