A Flip of the Coins

While exploring the Cash Box music advertisements I was struck by a 1957 ad announcing the release of a single by the Four Coins – “My One Sin” their follow-up effort to their biggest hit “Shangri-La” which had topped out at number 11.

“My One Sin” would go to number 22 and just two years later – in spite of recording a ton of singles – their charting days were over.

But what struck me about the group was their photo in the ad – If you didn’t know better – and didn’t know who you were looking at – these guys could have been the Belmonts, the Mystics or any number of white Doo-Wop groups.

The Right Hair Styles – But Not the Belmonts

And the the group certainly must have had exposure to and gained influence from Doo-Wop – growing up together and attending high school in Canonsburg, Pennsylvania.

All four members were of Greek heritage raised in a Greek dominated community.  Three members – George Mahramas, Jim Gregorakis and George Mantalis were all horn playing members in their high school band.

Their entry into the professional ranks came when these three joined another high school classmate – Bobby Vinton who had, at the young age of 16, formed a dance band called “The Band of Tomorrow”. 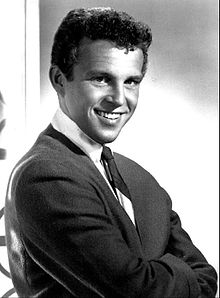 Who knows exactly what type of music the four performed in those earliest months – could have been street corner harmony – but then in 1953 – after winning a local talent contest – they split from the Vinton band performing regular gigs in the Pittsburgh area and recording a couple of singles on an obscure record label Corona.  By that time, the group had changed it’s name to “The Four Coins” due to a conflict with another group having taken the “Four Keys” name and copy writing it.

(The inspiration for their name choice came from another Pennsylvania group, The Four Ace’s hit song “Three Coins in a Fountain” from 1954.)

Their destiny as a pop vocal group was more or less sealed when they came to the attention of Johnnie Ray’s agent – Danny Kessler, who landed the boys a recording contract with Columbia’s Epic label and set them off on a grueling performance schedule which put them on the road traveling the world for 48 weeks yearly – a pace they maintained for over 15 years until they all elected to step aside from the music world.

Perhaps their one brush with rock and roll came when they appeared in the motion picture “Jamboree” in 1957 along side Fats Domino, Jerry Lee Lewis, Buddy Knox and Jimmy Bowen – performing “A Broken Promise” – which by no means approached being a rock and roll song – but rather solidly in the style of the Four Coins ballads. 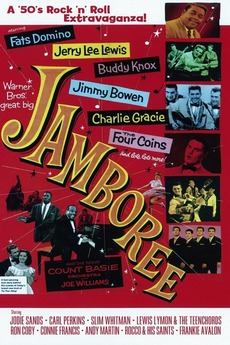 They also managed to secure four appearances on American Bandstand.

They solidified their pop persona touring with Tony Bennett and Nat King Cole.

The group managed to chart on the Billboard singles charts nine times – far from the success by the other “Four’s” (Lads, Aces, Preps).  But the group had a loyal record buying following and enjoyed consistent sales both 45 and long play over their prime years.  The group bailed out from the Epic label and went to MGM and then several other labels – but never managing another chart recording.

Group member Michael Mahramas was the first to depart the Four Coins – leaving in 1959 to pursue an acting career – appearing in a handful of TV westerns with minor parts (Death Valley Days, Virginians, etc.) as well as a part in the Untouchables.

The rest of boys decided to call it quits in 1970 all taking up positions in the business world.  They didn’t reunite for any appearances until 2003 when they were talked into performing a couple of times in the Pittsburgh area.

The Four Coins decided in their golden years to come back together for regular appearances on Doo-Wop reunion shows and special booked performances.  Visit their website by clicking on the image below.