This Post was inspired by thoughts shared by Country Paul Payton reacting to my recent Posting of items pertaining to Kyu Sakamoto and The Singing Nun – two internationals who obtained the top reaches of the American Charts.

Note: Both performers met with tragic ends – with Sakamoto being killed in an airlines crash on August 12thm 1985 – a tragedy which took the lives of 520 people – and The Singing Nun (Jeanne-Paule Marie Deckers) who – along with her lifelong partner – both former nuns – took their own lives earlier the same year on March 29th, 1985. 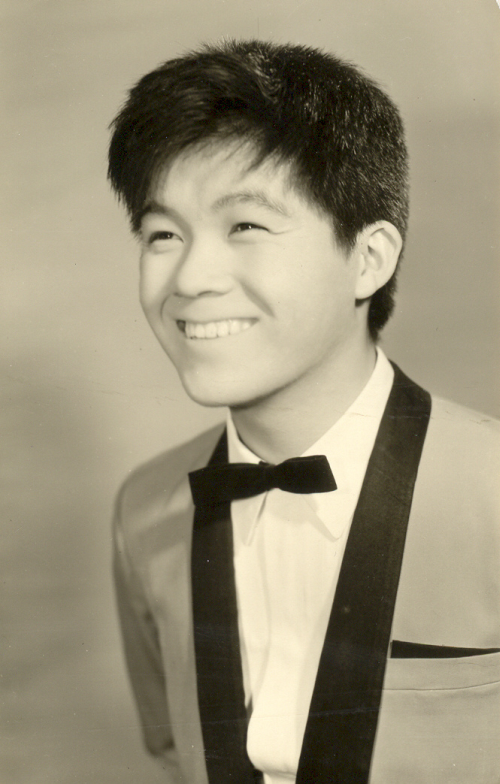 This song was composed by  Jean Villard Gilles from Switzerland and was first recorded by a group called “The Melody Maids” – which seem to be lost to history.

Gilles was an artists of many talents including acting, poetry, comedian and so on.

French singer Edith Piaf and French vocal group Les Compagnons de la Chanson both recorded the song in French and scored a big international hit – The Compagnons’ version hit it big in the U.S. when they based a U.S. tour on the strength of the song – reaching number 14 on the Pop Hits charts in 1952.

It took a re-write by lyricist Bert Reisfeld to place the song firmly in the ranks of memorable U.S. hits – in fact a number 1 ranking obtained by folk-country group The Browns.  Their version would enter the Billboard Charts in the summer of 1959, their first entry and reach number one remaining there for 4 weeks.  They would return to the Top Twenty on their next two attempts first with “Scarlet Ribbons (For Her Hair)” at number 13 in November of 1959 and then “The Old Lamplighter” reaching number 5 in the spring of 1960.

As can be seen –  “Little Jimmy Brown” was preceded in the French version by “Jean-Francois Nicot” a name which didn’t exactly roll off the tongue in English.  There was no intended relation to Little Jimmy Brown and the Browns when Reisfeld composed the new lyrics.

Another version entered the Billboard Charts in August of 1959 by Dick Flood a member of a country group called “The Country Lads”.  His version reached number 23.

A Literal and Rough Translation:

“Village in the heart of the valley,
As if lost, quite ignored,
And there in the starlighted night,
To us a newborn is given!
Jean-François Nicot is he named,
He is chubby-cheek, tender and pinkish,
In church, handsome little man,
Tomorrow you’ll be baptized…

A bell is ringing, ringing
Her voice from echo to echo
Tells to the world that wonder:
“It’s for Jean-François Nicot!
To welcome a soul
A flower that comes out to the daylight
Barely, barely a flame
Still weak and requiring
Protection, tenderness, love…”

I love Bobby Darin’s version of “La Mer” which was composed and recorder by Frenchman Charles Trenet and later updated by American lyricist Jack Lawrence.  I also love the Trenet version but as you can see – the “rough translation” doesn’t mesh much with Darin’s 1960 release which peaked at number 6 and which followed his departure from rock and roll when he recorded his signature song “Mack the Knife” which was a monster hit in 1959 peaking at number 1 and remaining there for an impressive nine weeks!

Ironically “Mack the Knife” was also an adaptation of a foreign work called “Die Dreigroschenoper” then in English “The Three Penny Opera”.  Mack was titled “Moritat” or “Die Moritat von Mackie Messer” or the “Ballad of Mack the Knife”.

“The sea,
We see dancing along the shores of clear bays,
Shimmers with silver
The sea
Changing shimmers
Under the rain

Here is a literal Translation of “Mack The Knife” from German:

Thank you Kurt Weill for straightening this out for us – Hard to imagine a missing “Schmul Meier”.

Dick Hyman recorded the song in 1956 released on MGM and titled “Moritat A Them From a Three Penny Opera” reaching number 8.

(Notice Mack is “MacHeath” in the translation below)

“And the shark, he has teeth
And he wears them in his face
And MacHeath, he has a knife
But the knife you don’t see

And Schmul Meier is missing
And many a rich man
And his money has Mack the Knife,
On whom they can’t pin anything.

Jenny Towler was found
With a knife in her chest
And on the wharf walks Mack the Knife,
Who knows nothing about all this.

And the minor-aged widow,
Whose name everyone knows,
Woke up and was violated
Mack, what was your price?

Bobby Darin seemed to venture into songs from afar often and his 1964 hit was a full blown adventure into French.  The resulting “Milord” reached number number 45 in 1964.  Again – none of us had a clue about what this song was about but it made us Baby Boomers want to find a cane and top hat and head for the Follies!

Another French composition by Georges Moustaki am Egyptian and France’s Marguerite Monnnot – this one was also recorded by Edith Piaf and relates to the “feelings of a lower class girl” suggested to be a prostitute.

Teresa Brewer beat Darin to the song by a full three years but only managed a number 74 ranking.

“Floating on your shoulders
You had the nice part
It looked like the king
You walked as a winner
At the arm of a young lady
My God, she was beautiful
I’m cold in my heart
Come on, Milord.
You sit at my table
It’s so cold out there.
Here it is comfortable
Let you do it, Milord.
And take good care of yourselves
Your Sorrows on My heart
And your feet on a chair
I know you, Milord.

This song came along in the Spring of 1964 – It was recorded at A&M Records and produced by Herb Alpert – Her breakthrough hit came at the very height and frenzy of the Beatles Invasion and took Canada by storm and managed a number 54 showing in the U.S.  On her U.S. travels she would perform the song on Shindig! and Hullaballoo right along with the rockers and pop singers of the day and managed a role for multiple segments of The Beverly Hillbillies – due to the fact that she could yodel!

The French Song would be Starr’s only charting single in the U.S.  In Canada her legacy was as a “country singer”.

I always had a real uninformed idea that Ritchie Valens’ hit was about a baby!  But it was simply a dance.  It has been delivered in many different and often spontaneous versions.  A pretty straight forward and simple song – but a great one by Ritchie peaking at number 22 in 1958.

Ivo Robic was born and died in Croatia and cut over a 100 records during his career.  His big hit came in the summer of 1957.  He got a boost by working with German record producer and musician, Bert Kaempfert – It was recorded in multiple languages but it was the German version which broke big in the U.S., reaching number 13 and selling a million copies.

Robic performed with Dean Martin and was backed by Kaempfert who also co-composed a Frank Sinatra hit “Strangers in the Night” as well as “Spanish Eyes” (Al Martino), “Swingin’ Safari” (Billy Vaughn) and his own “Wonderland by Night”. 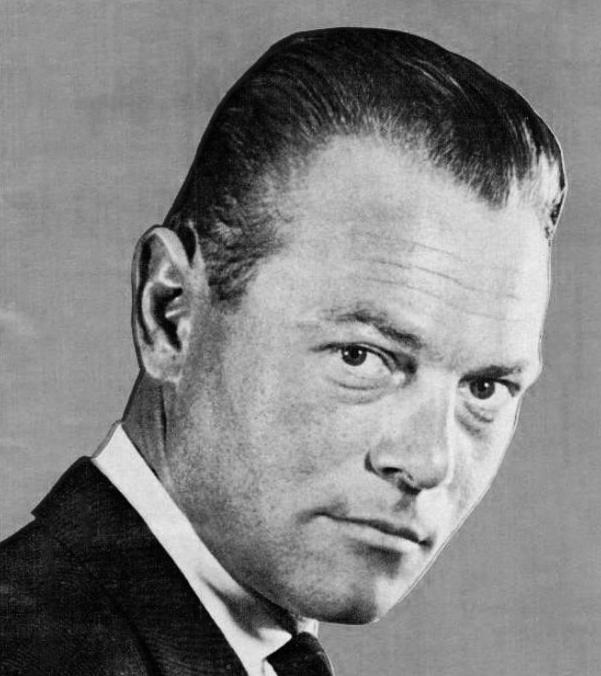 “My stars lie amidst amidst chaos,
Starting the days,
By fighting with me.
The borders have long been set.
Am I becoming too much?
And is the way to me
too far, at some point,
even for you?
Will you still dance with me in the morning?
Will you stay firm in your love?
Will you put in a good word for me?
Together we pass every test.

You investigate the horizons with me,
You dedicate your poem to me.
The points have been paced off.
You extinguish the light”

Now this is one that probably nobody saw coming.  He was a composer of sorts and entered a contest in his native Italy where he performed it with Johnny Dorelli.  They won first place.  The song took off internationally and landed in the United States in the summer of 1958.

I remember the kids on Band Stand loved it and Dick Clark played it often.  It reached number 1 and remained there for five weeks.  Domenco passed away in 1994 from a heart attack at age 66.

Dean Martin gave it a nice Italian treatment in 1958 but failed to find chart action.  Bobby Rydell dusted it off with assistance from American composer Mitchell Parish.  Bobby’s version rose to the number 4 position again getting a boost from Dick Clark’s American Bandstand.

Mitchell was a good choice for converting “Volare” for the pop market.  He wrote lyrics for “Star Dust”, “Deep Purple” and “Moonlight Serenade” to name a few.

To fly ho ho
To sing ho ho ho ho
In the blue, painted blue
Happy to stay up there,
And I flew and flew
Happy, higher than the sun
And yet more up,
While the world
Slowly disappeared down below,
A sweet music playing
Just for me

To fly ho ho
To sing ho ho hoho
In the blu, painted blue
Happy to stay up there”

Ray Barretto was born in 1929 in what came to be known as “Spanish Harlem” in New York the son of migrants from Puerto Rico.  He recorded “El Watusi” a song about a “mulatto” girl.  The song wasn’t typical of Barretto’s output and to a degree he was somewhat uncomfortable as being associated with that particular song.

“El Watusi” would be his only entry onto the Billboard single charts reaching number 17 in 1963.  His albums also failed to chart but he had a large Latino following and recording tons of long plays over his career.

Tito Puente, Ray Barreto, Langston Hughes, Burt Lancaster, Bobby Darin, Ronnie Spector and Al Pacino were all born in Spanish Harlem a neighborhood which started off heavily Italian occupied but transformed over the years to a huge Puerto Rican enclave as thousands migrated from the island.  (Think West Side Story).

“Gentleman there just came in Watusi
That mulatto that measures seven feet and weighs 169 pounds
And when that mulatto gets to the place everyone says….
To run that already arrived Watusi
The most handsome man in Havana Watusi, Watusi. What do you want
Listen to me they tell me that you are handsome.
They’re all afraid of me.
Don’t tell me you’re afraid
Because I know I’m a bundle with anyone.
Bigger than me there’s none
Ah, ja ja we are girdling
When you want to we strip Watusi
Ah, we drink the blood friend here right now
Which is what happens nothing
You know I’m not afraid of you. Everyone here is afraid of you in Havana gentleman but I don’t care that you have seven feet.
Which is what happens Watusi
Which is what happens Watusi
Tell me
With you not that of the handsome me Rio ja ja ja ja like that I laugh in the face
Watusi to run
Not bad
We strip ourselves
Ha ha ha ha”

Santana the man (born in Mexico) and the band (American born) were players during latter parts of  the San Francisco Bay era in music.  Their first chart record was “Jingo” in 1969 which reached number 56.  Then things heated up with “Evil Ways” (#9) and “Black Magic Woman” (#4) before hitting with “Oye Coma Va” in 1971 – a track which reached number 13.

It didn’t hurt that Santana landed a spot in the legendary Woodstock Festival actually titled “The Woodstock Music & Art Fair” in 1969 an event where the band made the motion picture version – again a game changer for many who followed suit.

Hey how it goes, my rhythm
Well pa ‘ Enjoy, mulatto
(Listen to my rhythm
Good for fun, mulatto-
A Woman of mixed race)

Hey how it goes, my rhythm
Well pa ‘ Enjoy, mulatto
(Listen to my rhythm
Good for fun, mulatto)

Hey how it goes, my rhythm
Well pa ‘ Enjoy, mulatto
(Listen to my rhythm
Good for fun, mulatto)

Hey how it goes, my rhythm
Well pa ‘ Enjoy, mulatto
(Listen to my rhythm
Good for fun, mulatto)”