Gary Harold Lee Levitch was born in July of 1946 – a first-year ‘baby boomer’ and son of Joseph Levitch and Patti Palmer.

Joseph came to be much better known as Jerry Lewis and his son would nearly become “Cary” – as his mother intended, after her favorite actor Cary Grant.

That didn’t happen due to an administrative error somewhere in the official naming process and so Gary Lewis it would be.

The Levitch’s – Gary and Jerry

Gary got his first set of drums after turning 14 but wouldn’t be a part of any band until he turned 18. His group included high school friends Dave Walker, who would take on the vocal duties.  Other members were Allan Ramsay. David Costell and John Wes.

The group was originally called “Gary & the Playboys.  The earned their first gig by auditioning in 1964 at Disneyland in Anaheim, California and passing the audition and doing it without telling the Disney talent scout about Gary’s famous father.  In fairly short order big band leader Les Brown, who was a friend of Jerry’s, got in touch with famed producer Snuff Garrett, letting him know about the group.

Snuff’s instincts for another pop success kicked in, and so he put brought the boys into the studio on behalf of Liberty Records and put the ‘hit machine’ to work.

First things first, Gary was put into the tutelage of famed drummer Buddy Rich.  The next step was to move Gary to the front of the group to perform vocals in order to play on his celebrity status.  Not possessing a naturally gifted voice, a session vocalist was brought in, one Ron Hicklin – the front man for the session vocal group, “The Ron Hicklin Singers”.  The Hicklin Singers included Jackie Ward who hit the charts on her own in 1963 with “Wonderful Summer” (see my “Robin Ward” page here).

Ron Hicklin would lay down the basic vocals for the Playboys and then Garrett would double track Gary’s vocal on top of that.  Gary more or less spoke his lines with some cadence – passing for singing. Hicklin (and his singers) were called on often to provide vocal support for groups and productions including the vocals for the Partridge Family and the Ray Coniff Singers.  For television they sang the theme songs for many shows such as “Love American Style”, “Flipper”, “That Girl”, “Happy Days”, “Lavern and Shirley” and “Batman” to name a few.

Hicklin Voices Every One

Later in his life, Gary has somewhat disputed that Garrett ‘replaced’ the Playboys in the studio – but by all reports many of the usual “Wrecking Crew” were in the studio including Leon Russell, Hal Blaine and others.

The Playboys first big opportunity came when, via Snuff Garrett’s contacts, were promoted in the New York area by DJ “Murray the K” in return for the group appearing on Murray’s pop all-star concerts.  Then Garrett worked on father Jerry Lewis to approach Ed Sullivan for a national TV appearance.

Being a celebrities’ son certainly has it benefits,   Gary Lewis and the Playboys debuted “This Diamond Ring” on a January, 1965 broadcast.  Sullivan’s general rule for rock and roll groups was songs were to be performed live.  An exception was made for Lewis and company, with Gary singing along with a recorded instrumental track and the Playboys pantomiming the instrumentation.

Garrett’s hit machine paid off.  “This Diamond Ring” shot to the top of the Billboard Charts to number 1.  And very remarkably, the group’s next six releases would also enter the Top 10 – a feat which only one other group during the entire 1960’s would replicate – that being the Lovin’ Spoonful also with seven.

The Exclusive Seven-In-A-Row Club: The Spoonful

After the seven-in-a-row string (and even during), things would cool off a bit for the Playboys.  By the end of 1965 all of the Playboys had departed with the exception of John West.  There would be three more Top 20 appearances and a handful of lesser hits.

During 1968 and part of 1969 Gary was drafted into the Army – Garrett and Jerry apparently couldn’t pull celebrity status this time- and Gary actually was stationed at the Saigon airport for 2 months before being transferred to South Korea.

The Playboys were awarded eight gold singles, four gold long play’s, and definitely made their mark in the U.S. during a time when many things British were dominating the scene.  Their total record sales topped the 45 million mark.  And the Playboys in the U.K.?  The Brits were having none of it – Only one Playboys recording entered the U.K. Pop Charts in the 1960’s – “My Heart’s Symphony” at number 36!

Unlike so many other recording groups, Gary Lewis and the Playboys managed to place nearly 100 percent of their Liberty releases on the charts.  After 14 straight charting singles, the string would finally come to an end in late 1967 when “Has She Got The Nicest Eyes” b/w “Happiness” both fell short.

The “flop” would be followed by three additional chart makers with one of those – “Sealed With a Kiss” – a remake – entering the Top 20 at number 19.  Another remake in April of 1969 would be the Playboys’ final hurrah “Rhythm of the Rain” coming in at number 63.

Four final Liberty singles would follow “Rhythm of the Rain” – none entering the nations’ charts.

The group called it a day in 1970.  Later on Lewis would open a music shop, give drumming lessons, attempt to form a group with Billy Cowsill, and then touring – of course – with a new group of Playboys joining many of the pop groups from the long ago 1960’s.

For Gary, one award particularly stands out.  In 1965 Gary was crowned “Male Vocalist of the Year” by Cash Box Magazine!

From The Pens Of the Masters…. the “A” Team

Falling under the guidance and production of Snuff Garrett definitely came with it’s benefits for Gary Lewis and company beyond promotion contacts.  Snuff had easy access to the industries most proficient pop song writers. 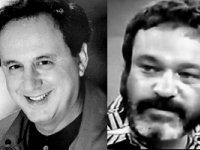 Irwin Levine most often worked with L. Russell Brown – but would team up with Al Kooper and Bob Brass to write the Playboys’ debut hit “This Diamond Ring” – Number 1, January, 1965 These two Rogers warrant a page of their own and so long ago I posted the Cook & Greenway page here.  Not sure how “Green Grass” came to Gary Lewis from the two Brits who recorded as “David & Jonathan”.

Glen D. Hardin was an accomplished piano player and composer.  He backed many famed musicians including country artists Johnny Cash, Buck Owens, and Patsy Cline to name a few.  He was a member of the TV backing group for “Shindig” – the band appropriately called “The Shin-Diggers” and then renamed the “Shindogs”.  Other members included Glenn Campbell, Leon Russell, James Burton, Delaney Bramlett and Billy Preston – a definite “Wrecking Crew” of sorts.

After the demise of Buddy Holly, Hardin would join up with Jerry Allison, Joe Maudlin and Sonny Curtis recording as “The Crickets”. 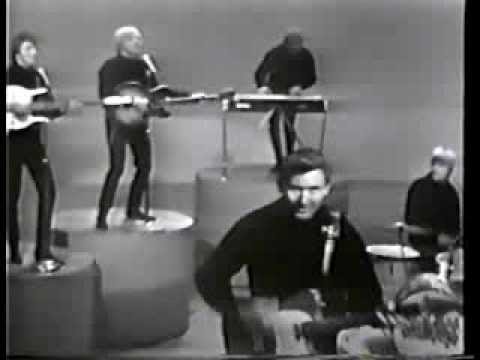 Back in 1964, Russell composed a non-charting hot rod track “We Built a 409” released by a studio group on Hit Records:

Leon was most likely the most present backing and contributing musician for the Playboys, penning four of their hits and working as a session musician and probably more.

The co-writer on “She’s Just My Style” was producer/arranger/composer Al Capps (Alan Alfonzo Capps) who didn’t pen a lot of hit records but did give Cher the song “Half Breed”.

The co-writer of this song – Roger Tillison – along with his wife – composed “Hung Up On Losin'” by Denver, Colorado’s Soul Survivors)

Jimmy was co-composer for one the Playboys’ final charting records – a minor hit “Main Street”  – The song was also recorded by Boulder Colorado’s Astronauts – Griffin teamed up with David Gates to form the pop group “Bread”.

These five singles would be the final releases by Gary Lewis and the Playboys.  Gary, on his own, would record two final singles – the first in 1972 and the last in 1975.

This single actually came out ahead of “Rhythm of the Rain” – when it was quickly withdrawn and “Everyday I Have To Cry Some” being replaced.