George Maharis enjoyed a moderate career as a recording artist but will no doubt be best remembered for his role on the popular TV series which debuted in 1960 – “Route 66”.  George portrayed the character Buz Murdock. 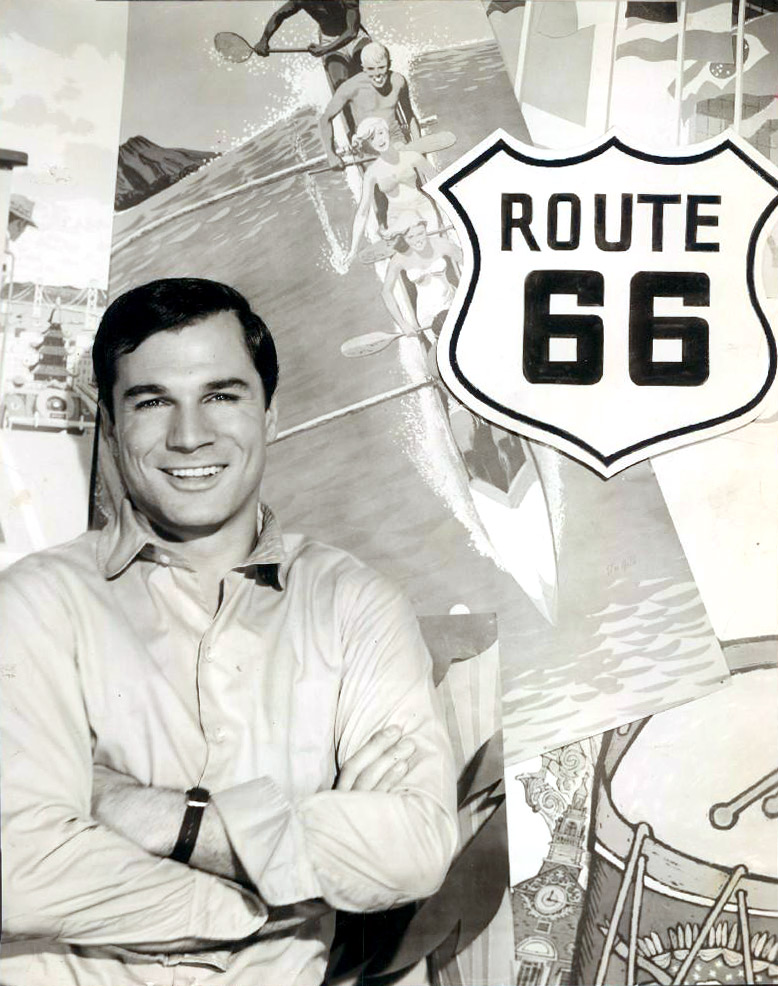 When it came time to put theme music to the series, CBS briefly considered “(Get Your Kicks On) Route 66” which was composed in 1946 by Bobby Troup and popularized that year by the King Cole Trio peaking at number 11.  Bing Crosby and the Andrew Sisters would chart the same year with the song at number 14.

Troup himself was also a TV actor in addition to being a jazz musician and composer and appeared on the show “Emergency” in 1972 as “Dr. Joe”.  He was accompanied on the show by his real-life wife – singer Julie London as nurse “Dixie McCall”.  Troup’s first big hit composition was “Daddy” a blockbuster number 1 hit (8 weeks) for Sammy Kaye and His Orchestra in 1941, 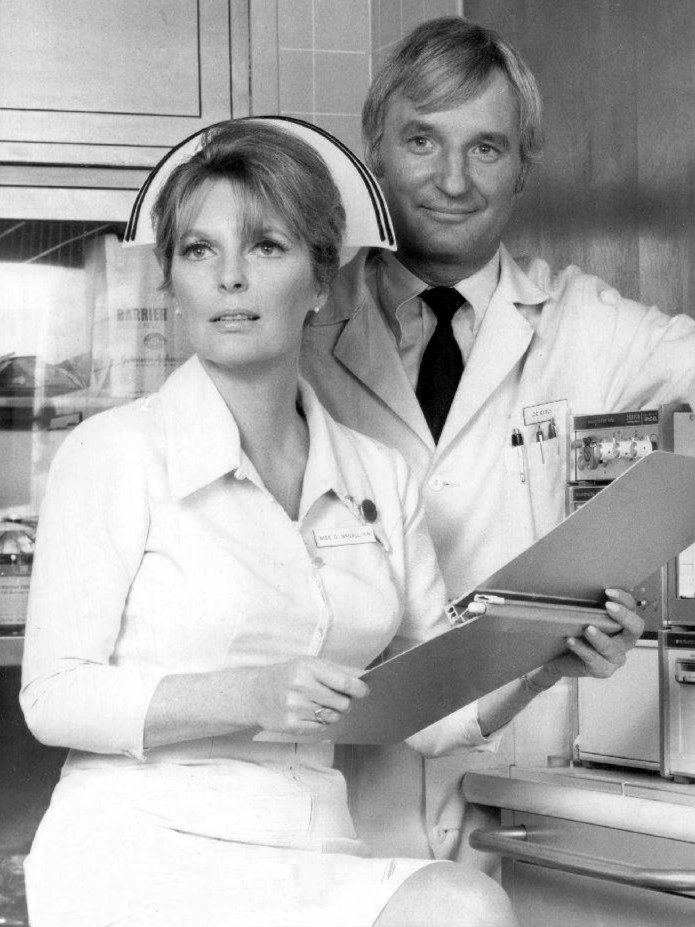 At any rate, CBS balked at the Troup composition wanting to avoid paying royalties and so elected to pay a commission to Nelson Riddle who delivered the “Route 66 Theme” which subsequently charted at number 30 on the Hot 100.  Riddle’s long play “Route 66 Theme and Other Great TV Themes” topped out at number 48 on the Top 200 charts in late 1962,

Back to George Maharis – He was born in 1928 in Astoria, Queens, New York – birth name simply George Maharis of Greek extraction – his parents being immigrants from that country.  He embarked on a career in stage acting landing several parts and then moving into television  first appearing in the series “Studio One” a program which began on radio before transitioning to TV.  Maharis also tried his hand at the ‘soap’s’ by joining the cast of “Search For Tomorrow”. 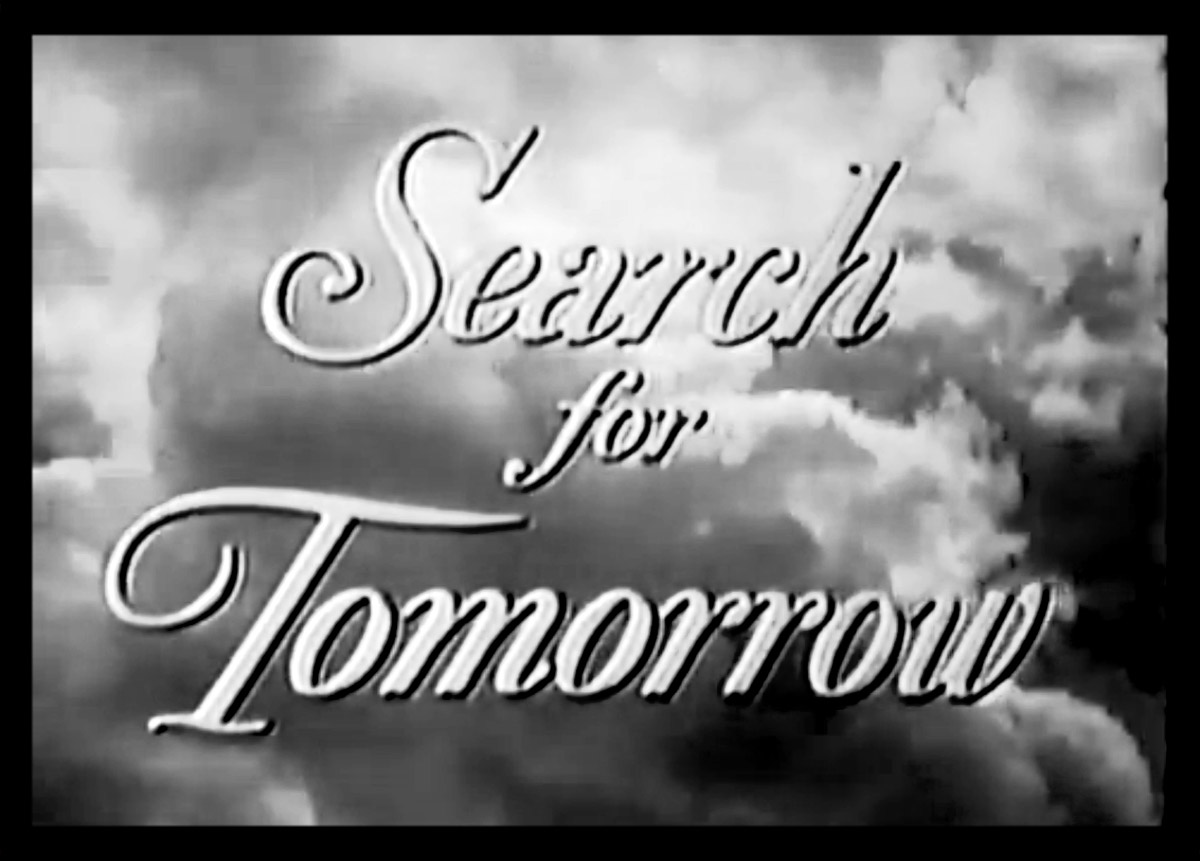 Maharis battled with hepatitis – a condition which forced his departing “Route 66” but would continue on appearing in many films and TV programs in the 1970’s.  Maharis signed on with Epic Records in the early 1960’s and would release a dozen or so singles from ’63 into 1966 with many of those finding their way onto the charts.  He placed four long plays on the charts during that period of time.

Epic elected to release many of his singles with picture sleeves due to his extreme good looks and popularity.  The star posed for a 1973 issue of Playgirl Magazine fully unclothed making him one of the first Hollywood male celebrities to do so in that publication.

Unlike so many others, Maharis never elected to move on to another record label after his Epic days came to an end. 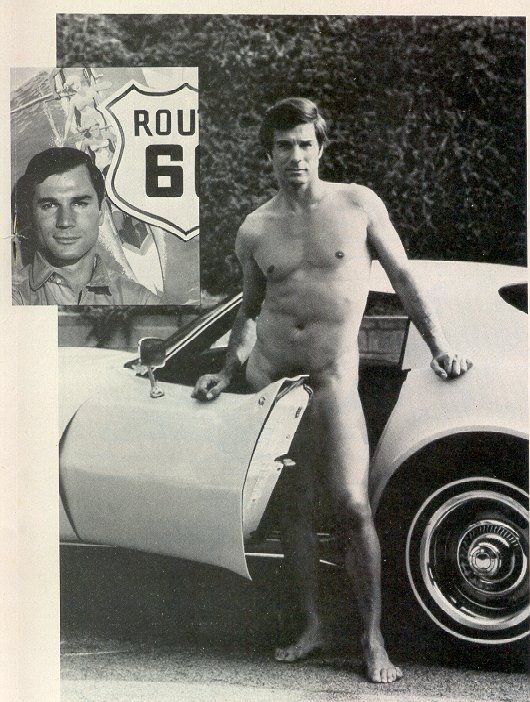 Much later in his life George turned to painting pursuing the impressionist genre and reportedly he still keeps active today with that endeavor.

This would be George’s final recording