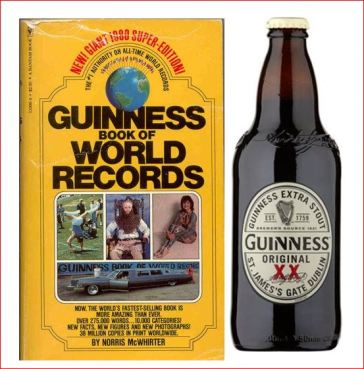 I was sitting in the book section of a local ARC waiting for my wife who was perusing the clothes racks – a weekly outing for her – I used to tag along much more often to hit the used vinyl bins but not as much these days.  Sort of put record hounding on the old back burner – now concentrating on the vinyl tales of times gone by.

So while sitting among the books I spotted a copy of “Guinness World Records 2009”.  So what the heck  I made the purchase.

Upon returning home I began browsing through the book landing eventually on the “Entertainment” category which includes seven sub-categories none of which are “music”.  For that you must read through the “Pop Divas” and “Rock Jocks” categories – hmmmmmmm…. Not sure who at Guinness performs the classification system.

I checked out the Guinness web site and of course they would have a “mission statement”:

“We believe it’s important to know who you are and what you stand for.

So our Purpose, Vision, Mission and Values (known as the ‘PVMV’) were carefully crafted in-house to define our place in the world, explain what we do, what we aspire to, and the rules we live by. Take a look….”

There is a ton of information on the Guinness site as you can imagine – with instructions on setting records, qualifying for record status – There is even a Guinness Hall of Fame.

Guinness is replete with social media sources, community initiatives, Television outlets, a news page, employment opportunities and the like. 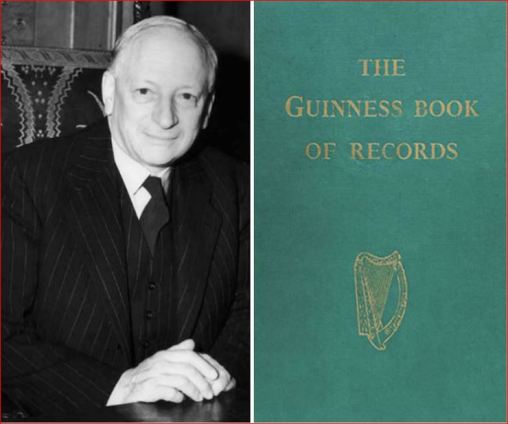 Sir Hugh Beaver with an Early Volume of Record

According to their History page, the Guinness concept came about via a beer magnate – yes the same “Guinness” that darkens our steins today – Sir Hugh Beaver.  The Beav was at a hunting party and became engaged in a argument about what was the fastest game bird in Europe.

Someone suggested that they Google it – but the Beav pointed out that it was the early 1950’s and that Al Gore was only about six years old and had not yet introduced the internet to the world.  Long story short – the Beav hired some researchers to compile a book of “facts and figures”.  The first edition – just shy of 200 pages) hit the streets as “The Guinness Book of Records” in August of 1955.

Enough of that – How about Rock and Roll and Guinness?

If you pick up a softback Guinness volume from any given year you won’t find complete record holding listings – You must dig a bit further on-line to mine the deep data accumulated over the years – And so following are some of the music and recording related records I came up with:

Katie Melua from the UK has the distinction of performing 994 feet under water  in 2006 on a gas rig in the North Sea.  She underwent survival training before making the dive.

The Longest Concert Ever 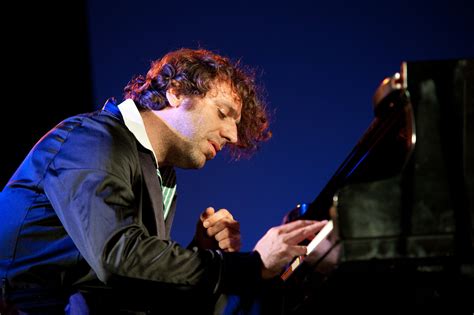 That distinction goes to pianist Chilly Gonzalez who pounded the keyboards for 27 straight hours in 2009 – first consulting sleep specialists.

In 3910 of these folks gathered in 2011 performing “The Dambusters March” from Wagner’s “Ride of the Valkyries”.

Most LP’s In the UK Charts Simultaneously

Kate Bush took the honor away from Madonna by placing eight long plays on the UK Top 40 charts at the same time.  Madonna had previously held the record with just three.

That would be “You Suffer” by the group Napalm Death clocking in at 1.316 seconds back in 1989.  The song even made it’s way onto vinyl with the producer taking liberties showing the length to be a measly one second.

Sir Paul McCartney launched “English Tea” from earth to wake up the crew of the International Space Station and followed that with “Good Day Sunshine”.

Most Live Concerts in 24 Hours

Youngest Artists to Have a Hit in both the U.S. and U.K. Top 20 Simultaneously

This one belongs to the “Beib” – Justin’s channel was viewed – at last count – 3 billion times (I am honored to not be counted among the 3 billion).  He was also the youngest artists to have 5 number 1 LP’s.

A Few Other Mosts (as ranked by Joel Whitburn)