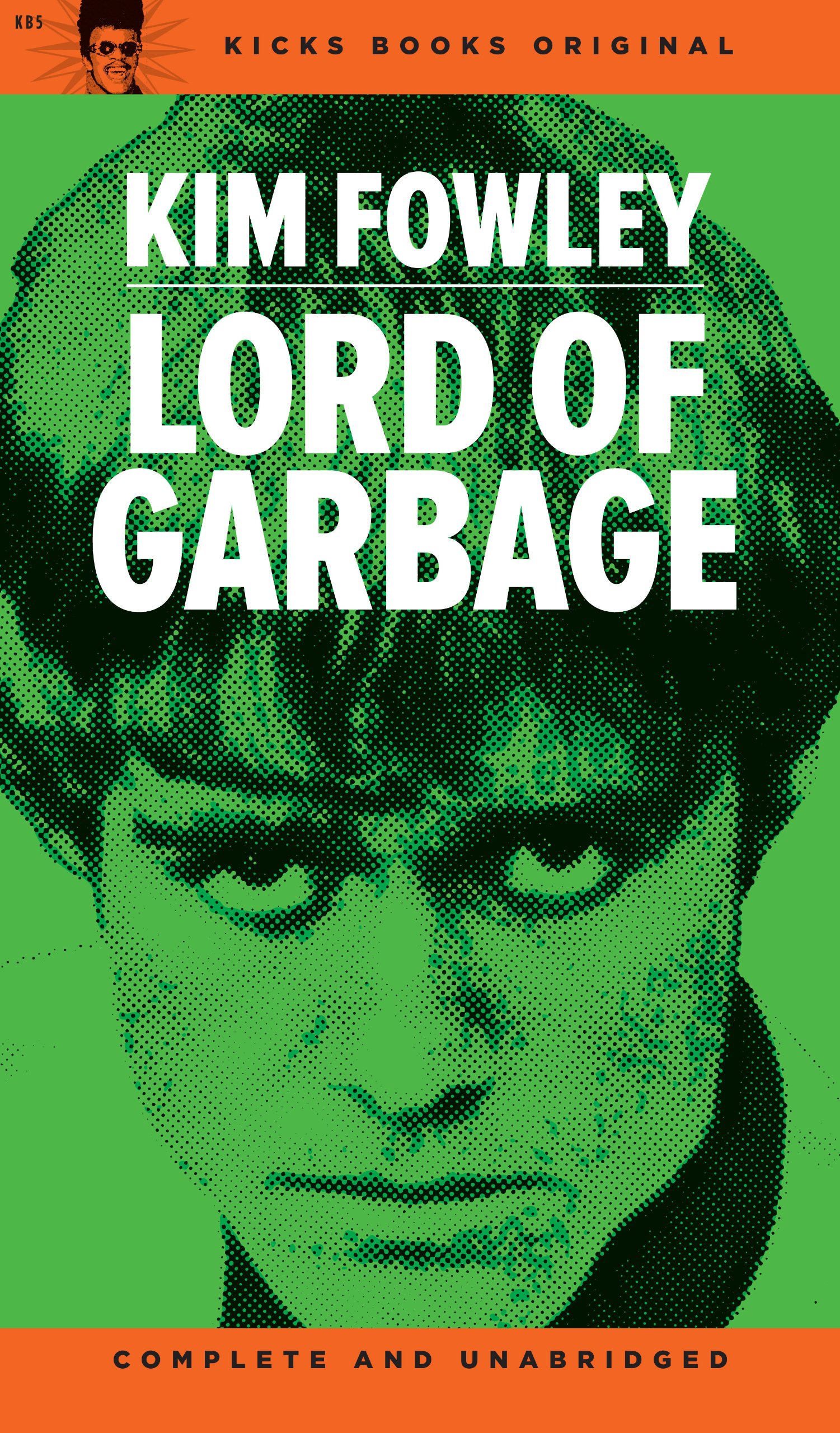 Just finished reading Kim Fowley’s autobiography  “Lord Of Garbage” – 2012 – Kicks Books – which was promised to be the first of three volumes, which was very difficult to comprehend with regard to what in the world would be included in following volumes.

Volume 1 is brief – It rambles – sometimes madly – sometimes containing some interesting inside tidbits – sometimes with malice and vengeance.  Kim Fowley was just not that enamored with is birth parents who, according to him, pretty much threw him away.

And from that point on – let the narrative begin:

Kim Fowley was born in July of 1939 in Hollywood, California Kim Vincent Fowley.  Comparing Kim’s biography to on-line biography accounts doesn’t seem to match up very well.  Fowley speaks of being stricken with polio on two different occasions, the first – by his accounts – leaving him crippled and permanently damaged followed by a second attack 10 years later.

Kim lam blasts both parents for essentially throwing him away as a child and by Kim’s accounts his father actor only had one brief fling with motion picture fame, a small role in MGM’s “Singing in the Rain”.  Fact is – father Douglas Fowley was a considerable presence in scores of motion pictures working beside big name stars back in the day (see sample collage below).  His mother was indeed a minor actress appearing in about a dozen films – not receiving a “credit” in any of them.  Douglas Fowley married seven times (ten according to Kim).  Kim talks about living in plush Hollywood exclusive neighborhoods and in the same breath talks about living in condemned buildings along the path of a future Interstate Highway when his father wasn’t working……

Douglas Fowley in the Movies

Then there is his military service – Fowley states he was in the Army, the Air Force and the National Guard.  Must have been a different armed forces than the one I knew – With his oft-reported physical conditions throughout this book, not sure how he landed a gig in the U.S. Arm Forces.

Fowley jumps back and forth from 1st to 3rd person – with 3rd seeming to be the person of choice.  He also maintains basically that he was indeed a real ‘bad ass’ joining gangs, becoming an enforcer, a true menace.

But then there is the music – Like so many Southern California music industry figures – Fowley’s life jumped to so many recording gigs as a composer, producer, talent scout, arranger and on and on it goes.  Kim was yet another University High School student/classmate of Jan and Dean, Bruce Johnston, Nancy Sinatra – all the usual characters.

Sometimes you can’t tell if he was friendly with his peers or just down right hated some of them – such is the case with Jan Barry of Jan and Dean who he nearly describes as being ‘the devil’.  Fowley was close to and roomed with Gary Paxton – sort of tied at the hip with all things “Alley-Oop” with Kim pretty much taking credit for the number 1 song – as did Gary – and probably as did the writer Dallas Frazier.

Another roommate mentioned continually throughout this 146-page booklet is another roommate – Danny Hutton later of “Three Dog Night”.  Kim dabbled in the British Invasion working with members of “Them” (Post Them) as well as a little bit with P.J. Proby, Cat Stevens, “Soft Machine” and more.

Considering the ample output of vinyl with Fowley involvement, Kim didn’t touch to many “hit records”.  Beyond “Alley Oop”, his moment in the hit parade lime light was limited to “Like Long Hair” by Paul Revere and the Raiders (Fowley produced), “Nut Rocker” by a studio group “B. Bumble and the Stingers” with Ernie Freeman on the piano (Fowley composed), “Papa-Oom-Mow-Mow” by the Rivingtons (Fowley scouted but handed off to others to make into a hit record), “Popsicles And Icicles” by the Murmaids (Fowley produced), “You Don’t Want Me Anymore” a 1982 hit for “Steel Breeze (Fowley produced)….and then the list gets a little thin.

And then there was his stint with the all-girl group “The Runaways” which did not go well – You have to research that well-documented tale – Not good.

He promises us more treats in volumes 2 and 3 – which never happened – Kim Fowley passed away on January 15th, 2015 at the age of 75 from bladder cancer.

Kim Fowley Discography 1980 and Beyond

LP’s featuring Fowley as the artist