Beginning in January of 1962, spurred on by Freddy Cannon’s hit record from early in the year – KIMN Radio went to their ‘bread-and-butter’ – the “Baby Boomers” from around the Denver area – featuring a new “Teen Queen” each week for a good part of the year.  A few of my KIMN survey sheet images are very small and difficult to read – Let me know if you can fill in the info that is missing.

Back then the station obviously felt it was safe to publish these girls’ home addresses – Things have changed!

All of the “Teen Queens” are listed and shown below

The “Teen Queens” never were to return to “Nifty 950” – However in August of 1965 – KIMN did sponsor a “Miss Teenage Denver” contest.   The semi-finals were at “Howell’s Department Store”.  In September the contest was expanded to include a “Noxzema Cover Girl” contest as well.

My soon to be darling girlfriend Janet recalls entering the contest which required a poem as part of the entry process.  She submitted:

“I had a blind date
with Grover Harrison
But the way he looked
was so embarissin’!

We had a dalmation,
His name was Rover
And when Daddy went to the door
He thought Grover was Rover!

Ever since then
He’s used Noxema
And now his skin
Never ever looked cleaner!” 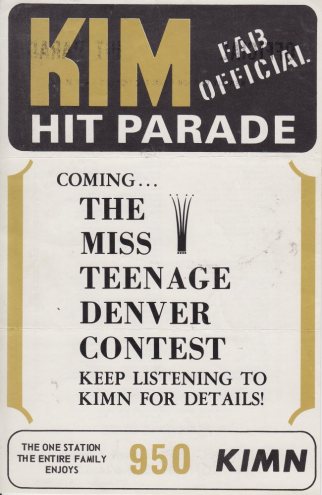 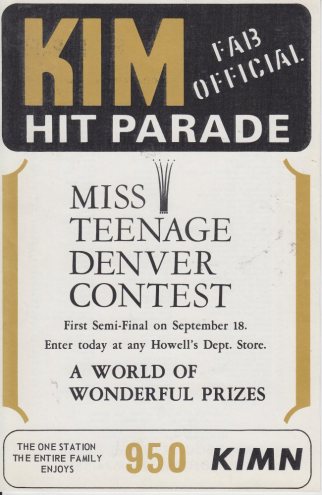 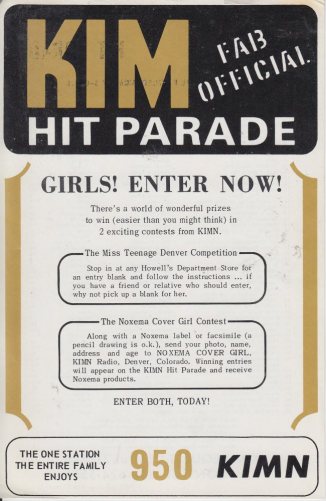 And the Winners Are!

KIMN introduced “The Beatle Trip” contest which would send some KIMN listeners to the August 9th performance of the Fab Four at the Hollywood Bowl – Note on that survey that the winners would be “chaperoned” by Boss Jocks Hal Moore and Bill Holley – but also – by “The Rev. and Mrs. David R. Young”.  Now I am thinking the “Beatle Trip” perhaps was being awarded to the “Miss Teenage Denver” winner – which would call for the Reverend and Misses to keep things above board – Maybe – maybe not.  Probably not since KIMN was calling this “The Name Game”.

Did anyone out there remember playing “The Name Game”?

Were you a KIMN Reporter?

KIMN really ratcheted up the contests and promotions in 1965 (now remember what station manager Ken Palmer said about promotions doing nothing for ratings – hmmmmm?  Kenny??  Come on!

This summer promotion was a weird one!  Guess the number of gamblers attending Centennial Race Track and win a Shetland pony!!!  Now what was behind this one?  If you recall in mid June Centennial was devastated by the great flood of 1965 when the Platte River raged over it’s banks after a tremendous downpour which actually started just a bit north of Palmer, Colorado.  Dawson Butte received an unimaginable 14 inches of rain – and this was accompanied by a tornado and gigantic hail.  Scores of horses had to be rescued from the track stables and I believe some perished.

21 people died in the storm (143 died in the “Big Thompson Flood” in 1976 and an astounding estimated death toll in a 1926 Pueblo Flood was set around 1,500!  The water flood wall which roared through Littleton and Centennial was estimated by law enforcement to be nearly 20 feet high.

At any rate, KIMN was obviously rallying to Centennial’s plight with this promotion to get people back to the track.  Denver recovered and Centennial continued on until November 6, 1983 when it staged it’s final race.

Note that is promotion survey quietly congratulates “10 Winners” of the “Beatle Trip”.

Not to be outdone by the Shetland Pony – KIMN’s deejays apparently got a crack at beautifying Denver’s bi-ways in late 1965.

At the end of 1965 KIMN listeners were given the opportunity to vote for their favorites.  The penned in names below are from my own pen.  Oh my God – I voted for Patti Page for “Best Female Vocalist”.  And I scratched James Brown and replaced him with Elvis for “Best Male Vocalist”.  I guess I was trying to demonstrate some degree of sophistication by choosing Ramey Lewis for “Best Instrumentalist”.  At least I didn’t pick Henry Mancini.  Logic did prevail however with my selection of the Beatles. 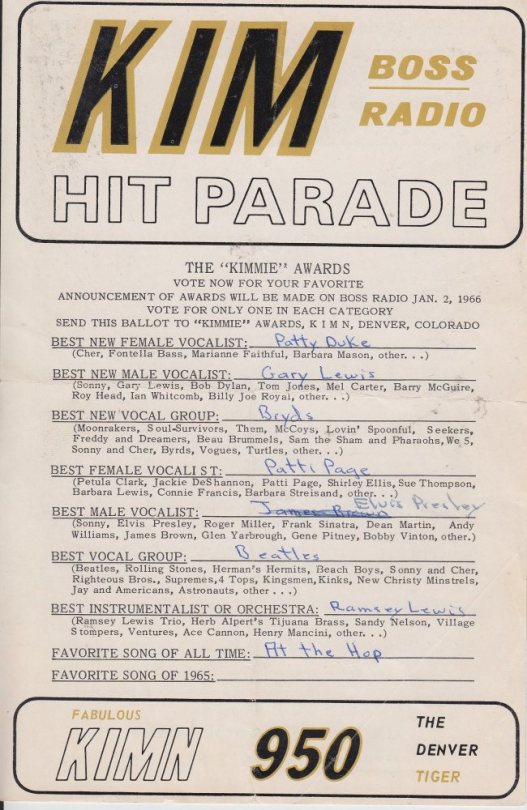 My favorite from this list is “Little Jo An”! 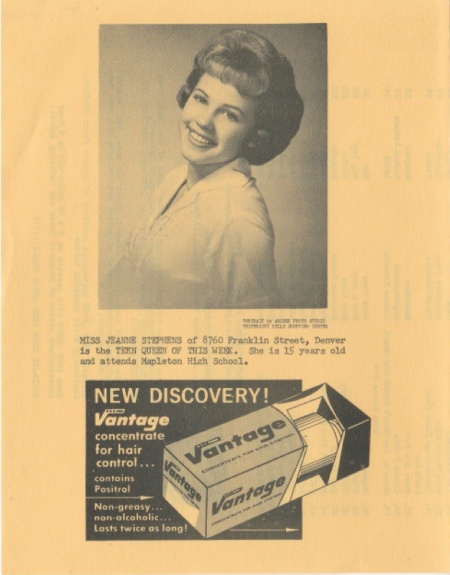 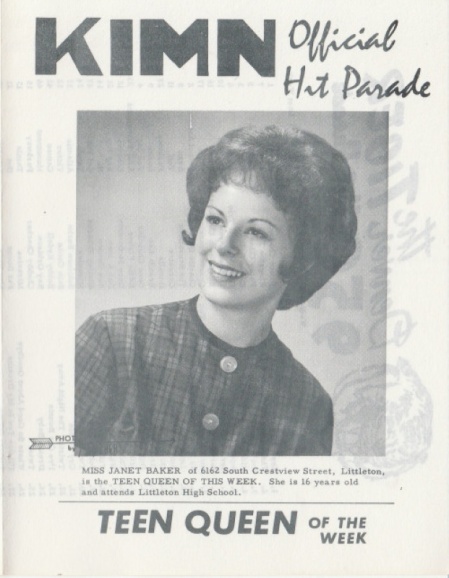 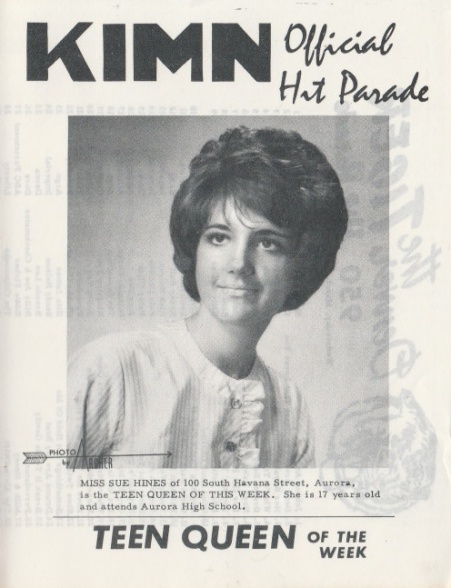 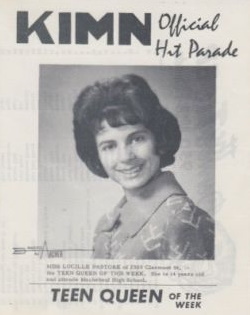 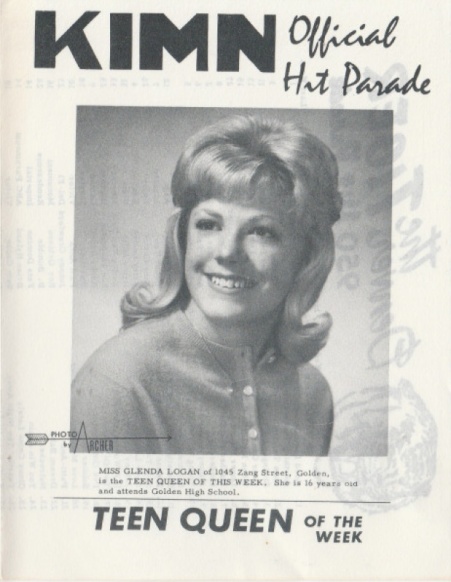 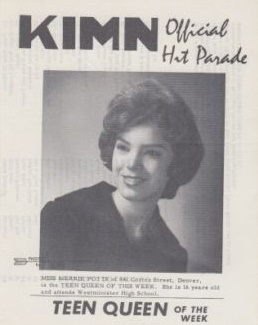 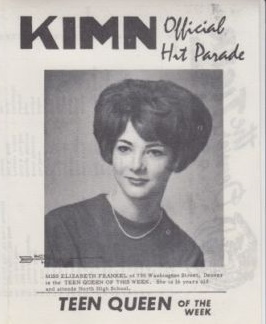 (This was obviously a fill-in by the KIMN Jocks – She was “Little Jo Ann” who recorded “My Daddy Is President” in the Summer of 1962 – The song reached number 67 on the national record charts – She was 7 years old at the time of the recording.  Little Jo Ann was from New Jersey 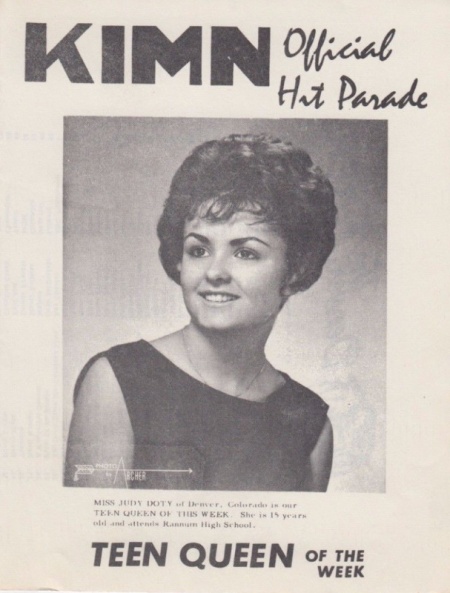