A Short Tale of Harry and Jerry (and Jack)

Studio musicians in the U.S. became so prominent during the 1960’s and 1970’s that they took on group identities of their own: think “Wrecking Crew” in southern California; think “Funk Brothers at Motown’s ‘Hit City’; think “MG’s” or “Memphis Group” at Stax/Volt

On the other side of the big pond there was a rather curious British ensemble who – when not backing recording artists “Lord Rockingham’s XI” led by Harry Robertson – a Decca Records executive. Harry hosted a popular British weekly musical television show called “Oh Boy!” which featured many of the pioneering Brit rock performers including The Shadows, Billy Fury, Tommy Steele, Cliff Richard, Tony Sheridan, Lonnie Donegan and so many more.

It was on “Oh Boy!” that Harry would put together his group of session musicians and name them “Lord Rockingham’s XI”.

The XIV would record a few tracks of their own and hit pay dirt with “Hoots Mon” which rose to the top of the British Charts staying there for 3 weeks.

Oh Boy! was the brainchild of British producer Jack Good who planted himself firmly within the music pop scene of the 1960’s first launching Oh Boy! in 1958, then as a regular columnist for the UK pop publication “Disc”. Next he producer a Beatles special for TV titled “Around the Beatles”.

His next idea was for a weekly program intended for the American market. It was off the United States where he spent his own money to produce a pilot program. It was promptly dismissed by the U.S. powers to be – and Good returned to his homeland.

Not long after an American DJ got ahold of the pilot tape who persuaded executives to recall Good back to North America. In the Fall of 1964, television network premiered the first installment of Good’s idea – and “Shindig!” was born. Things proceeded well for about two years until Good and ABC came to loggerheads. Good quit – returned once again to England and the show didn’t survive without his touch. It was cancelled in 1966 with ABC moving a new weekly into it’s place – “Batman”.

The Lord Rockingham XI often showcased a singer named “Cuddly Dudley” (birth name Dudley Heslop). Cuddly was a blue beat singer born in Jamaica turned rocker who is credited as being England’s first black rock and roll singer. Cuddly would release several singles – none of which reached the charts. He would also co-found England’s “Dominoes”.

Dudley’s other groups included an all black band “The Embraceable Four” and finally “The Redcaps”. 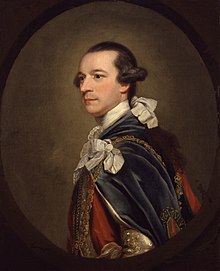 Harry managed to straighten that problem out and the group continued to appear on “Oh Boy!” until it’s demise in 1959 – a mere two year run.

Harry kept busy in television and motion pictures and other endeavors. He passed away at age 63 in 1996.

Jerry Lordan was a British pop singer who managed a handful of charting singles in the early 1960’s. He is probably best remember for composing the instrumental “Apache” which was recorded in England by The Shadows and taken to the number 1 position in the Summer of 1960.

The song was released in the United States by Denmark’s Jorgen Ingmann reaching number 54 and also becoming a huge international hit in 1961.

Lordan composed several other songs for The Shadows and one for then ex-Shadows Jet Harris and Tony Meehan called “Diamonds” – that one reaching number 1 in England.

Lordan also composed a minor hit for rocker Dale Hawkins in the U.S. “A House and A Car and A Wedding Ring” in the Fall of 1958.

Columbia – The Return of Lord Rockingham – 1968

Lord Rockingham This and That

(Lordan composed “Apache” recorded by The Shadows and Jorgen Ingman)

Jerry Lordan This and That