Ozie journeyed from Hawaii to Kansas City to Texas before landing in Denver, Colorado where he appeared on the “Ford Motor Co. Show” – With Harvey Gossman on fiddle and Gill Blagg on bass – Embert Michner lead guitar

Ozie was born in 1903 in Calloway, MO.  He enlisted in the U.S. Navy and first performed on the radio in Honolulu, Hawaii.  Next, after his military stint, he migrated to Kansas city appearing for six years on the “Happy Hollow Show” performing as “Ozie the Ozark Rambler.  Next top was in Del Rio, Texas for a short time before moving to Denver, Colorado taking a job on KOA radio starring in a program called the Ford Ranger Review.  He was christened by Colorado Governor Edwin Johnson as “Captain of the Colorado Rangers” – a title he would continue forward with.

Ozie departed KOA for California and the call of Hollywood. He signed on with the “Hollywood Barn Dance” and also a recording contract with Coast Records.

Waters in The Movies

While in Hollywood, Waters would appear in 16 motion pictures including “The Durango Kid” series as well as appearing in a movie with Hopalong Cassidy titled “Mystery Man” from 1944.

During this same time, Waters took to the road touring with his recording band “The Colorado Rangers”.  At the end of WW II, Waters decided to return to Denver – in part to help with his wife allergies.  Before long it was time to hit the road again and he headed for Nashville, Tennessee where he would appear on WSM TV (WSM had long hosted the Grand Ole Opry which debuted in 1925).  Waters made a stop in Springfield, Missouri appearing on the “Ozark Jubilee” and then to Chicago, Illinois working on radio station WLS while also appearing on the very popular  “National Barn Dance” 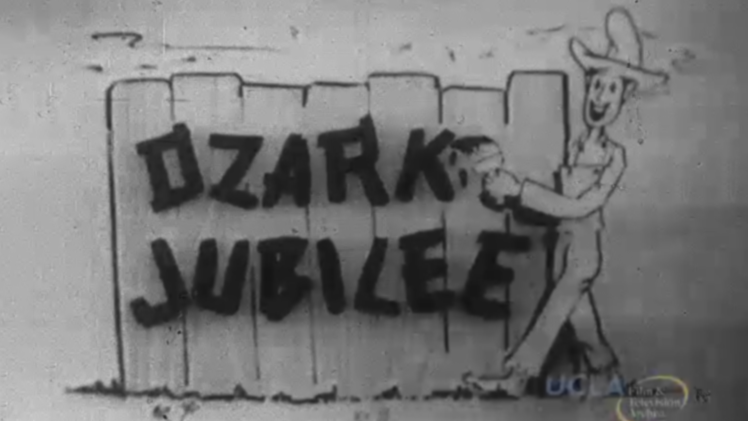 Waters, according to his daughter Melody, always thought of Denver as his true home and so he returned to work on KBTV acting as a host – singing and showing westerns.  His “Junior Ranger Club” in Denver had 40,000 youthful members.  Most of them showed up at Elitch Gardens when Hopalong Cassidy visited Denver and made an appearance on Water’s TV show in 1954,

Cassidy at Elitch Gardens with the Junior Rangers

Waters attempted to create a tourist attraction which he located not far from Central City which was named “Fort Cody” which featured Sioux Indians.  The endeavor was too costly and folded after one year.  Waters began appearing in Central City (see the long play albums below).  He was actually elected as Central City’s town Marshall – serving for two years.  He became known as “The Singing Marshall of Central City”.  He found law enforcement wasn’t to his liking so he returned to singing.

His next band was The Plainsmen who backed other Coast artists as well as Waters.

Waters performed long after his recording days – in Colorado – and passed away in 1979.