The Denver Kid’s Journey Through the World of Jazz

Jazz trumpet player extraordinaire, Paul Qunichette, was a native of Denver – born in the Mile High City in May of 1916.  Over the course of his career Quinichette played with a literal ‘who’s who’ during the golden age of jazz.

He started off playing the clarinet and then moving to alto saxophone before settling on tenor sax – developing a style which would draw comparisons to Lester Young – a comparison which some believe hindered his securing his own firm identity within the world of jazz.

He fronted his own combo – appearing often in Denver – which included Count Basie on piano, Gus Johnson on drums, Freddie Green on guitar and Joe Neuman on trumpet.  Quinichette would record primarily on Mercury’s jazz subsidiary label EmArcy and also appeared on Decca, Bethlehem, Brunswick and more.

He played with several jazz combos of note before being signed on with Count Basie replacing the famed Lester Young.

It was Paul Quinichette who reportedly fondly christened Billie Holiday “Lady Day”.  It was his custom to address female acquaintances with the prefix “Lady”.

It is difficult to locate information relating to Paul’s time in Denver – and most likely he departed soon after his high school years to embark on his career.  He was a member of so many groupings and bands including Nat Towles out of Chicago, trumpet player Shorty Sherock, piano player Ernie Fields and even a stint with Johnny Otis,

Then moving more into mainstream jazz he was with Louis Jordan, Henry Allen, Lucky Millinder and “Hot Lips” Page before moving onto Count Basie’s band.

Below, Quinichette is shown with a local Denver group called “The Swingin’ Swankies” (he sits in front row – second in from right – from Paul W. Stewart Collection).

Probably financially driven, Quinichette retired prematurely from music becoming an electrical engineer – coming back for a short time in the early 1970’s before hanging up his trumpet permanently due to health problems.

There is a book out there titled “Jazz Anecdotes Second Time Around” by Bill Crow which apparently documents parts of Paul’s intriguing journey.  Have to get a copy. 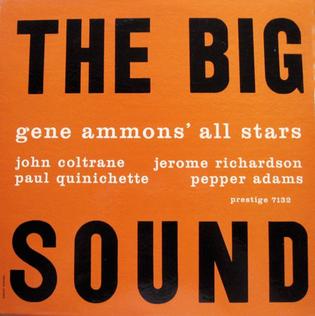