The Pioneer Inn and Memories of the Caribou Live On

On a Sunday morning casual drive yesterday on the “Peak-to-Peak” highway we rolled into the front range mountain town of Nederland knowing we would stop in for a hamburger at the Pioneer Inn which survives into the new millennium.

Along the Peak-to-Peak Highway in Colorado

The Pioneer or the “PI” certainly can lay claim to it’s own ‘glory days’ which paralleled the rise and fall of the nearby notorious Caribou Ranch and recording studio created by James William Guercio in 1972 from an old barn structure.

The Caribou story is well known, becoming the Rocky Mountain home to many of the finest musicians from those long gone days.

Nederland’s history is grounded  – like so many mountain towns – in mining – gold – silver and so on – minerals from the earth.  And like all Colorado mountain towns, the past was boom followed by bust.  The gold fields dried up but were followed by the discovery of tungsten a vital steel hardening mineral which was in vital demand during the build up of the U.S. war machine responding especially after the bombing of Pearl Harbor.

Nederland flourished once again – with a population of more than 3,000 and then the war was over – and Nederland returned to a casual existence – population dropping by the 1960’s to just under 500 independent souls.

Before the establishment became the Pioneer Inn in 1971 it had undergone several transformations – from a general mercantile, to a bowling alley and was converted into a 3.2 beer joint which was legal back then in Colorado for 18 year old’s and above.

According to old clippings hanging from the walls of today’s Pioneer, the owner of the 3.2 joint had to drive to Denver weekly to replenish his 3.2 inventory as no beer distributors were making the run up into Nederland which is situated about 10 miles above Boulder, Colorado (Nederland’s original name was “Brown’s Crossing” and then “Middle Boulder” and finally to “Nederland” due to the large Dutch miner population and influence.

The proprietor of the old Pioneer Inn was Bunny Spangler and he sold in 2011  Cindy Shaw and husband Dave Lyons – who had both been regulars at the Pioneer for many years.

Captain Fantastic at the Caribou

Then the Caribou established it’s presence nearby in an expansive, secluded and stunning beautiful 4,000 acres not far from the mining ghost town of Caribou from which it derived it’s name.  The recording artists began to arrive at the Caribou, curious and eager to explore a new way to deliver their music beyond the usual confines of the recording industry.

Lennon at the Caribou

According to another clipping on the wall of the Pioneer, the Caribou (in the beginning) offered musicians a ‘package’ which included – at the price of $16,000 per week for up to 10 people – horses for riding, snow mobiles, room and board, use of the studio and the premises and recording tape – Beyond that I assume there were many additional charges for recording personnel and the like. 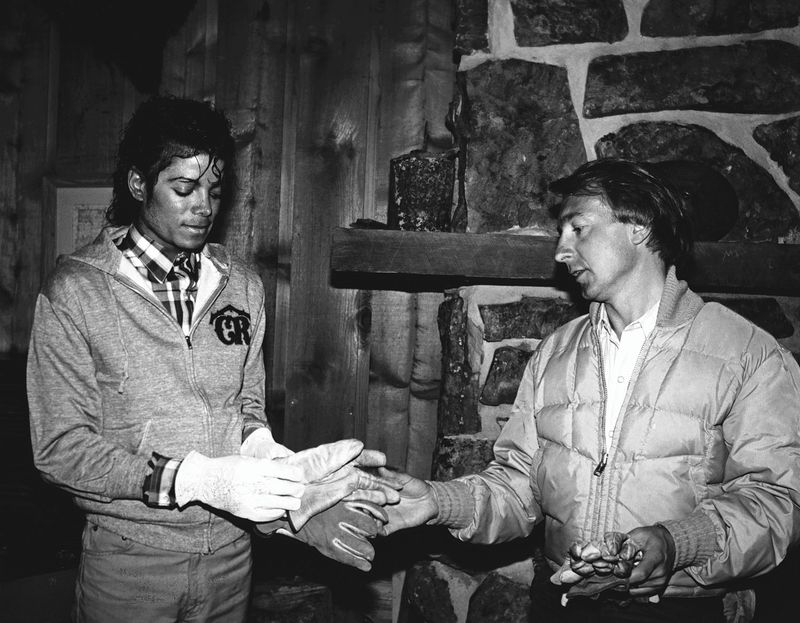 With the establishment of life at the Caribou, the musicians soon would find their way into Nederland situated about 10 miles away in the direction of Boulder.  The Pioneer Inn would become a natural gathering place for the musicians – joining up with the locals – and for the most part – not overrun by the curious and the fans.  Along the way many artists would call the Pioneer their entertainment refuge including Joe Walsh, Jimmy Buffet, Carol King, Stephen Stills, Stevie Wonder and so many more. Perhaps the highlight personality of which the clippings on the walls of the Pioneer boasts – was the visitation one night by John Lennon who was accompanied by and who he came to record with – Elton John.

The clippings allude to numerous ‘urban legends’ such as whether or not Stephen Stills was actually thrown threw the front plate glass window – or whether Joe Walsh came behind the bar on occasions taking over the bar tending duties and whether or not Jimmy Buffett passed out at the bar.

One one occasion, all the musicians at the Pioneer Inn became too inebriated to drive leaving Stevie Wonder stranded – but a cab was called (from Boulder) returning Stevie safely to the Caribou.

Another clipping speaks of the many impromptu jam sessions by the Caribou artists while gathering at the Pioneer and lamenting the fact that as was recalled no one ever brought along a tape recorder to capture those rare musical moments.

Local Acts at the Pioneer Unlike other musicians gathering at the Pioneer, Dan Fogelberg was attracted to Nederland, not primarily by the Caribou recording facility but by the environment and so in 1974 became a resident of the town purchasing a home within the town’s city limits.

This was related on his web site about his attraction to Colorado and Nederland, “Fogelberg finally had the money, and his dream of living in the grandeur of the Rocky Mountains became a reality when he moved into his home in Nederland. Inspired by his surroundings, he named his 1977 album Nether Lands, as a reference to his new home, and said in a televised interview on Good Morning Colorado in 1991 that the album, ‘was written really about that whole experience of living up in the Nederland area; it was really not a coincidence- the title…it was about my first experiences living in these mountains and how it affected me as an artist. A lot of my work has been directly affected by my love for the Rocky Mountains and for Colorado.'”

Fogelberg moved on from Nederland to Pagosa Springs, Colorado in the south western part of the state where he resided from 1984 until 2005.  He passed away on December 17th, 2007 losing a long battle with prostate cancer.

End of an Era

The end for the Caribou came swiftly in late October of 1984 when an unattended space heater ignited destroying the control room and amassing over three million dollars in damages.  The recording studio never resumed operations.

James Guercio would go on to follow his dream of becoming a cattle rancher and at the same time purchased the “Country Music Television Channel”. Guercio – of course – was the producer and driving force behind the groups out of Illinois – The Buckinghams, Chicago and Blood, Sweat and Tears.  His long-time affiliation with Chicago ended after the demise of the Caribou.

In 1973, Guercio tried his hand in motion picture directing via the film “Electra Glide In Blue”.

The Pioneer Inn lives on.  At noon on our Sunday visit there were a handful of ‘locals’ at the bar as well as three or four visiting couples dropping in for lunch, as well as exploring the wall displays of memorabilia.

Music lives on at the Pioneer with “Open Mic Night”, “Blues Night” and “Open Jams” on a weekly regular schedule.

The PI staff would easily have qualified as candidates for those long-ago warning signs for “long hairs” – Friendly guys, down-home types making all feel welcome – and the hamburgers?

Terrific! (lots of Mexican food too)