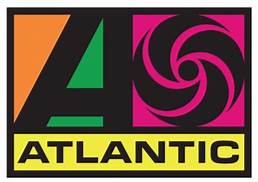 Ahmet Ertegun was the founder and chairman of Atlantic Records, perhaps the single-most successful independent record label ever.  We couldn’t even begin to list the endless list of artists he brought to the label over the years.  His run was long and memorable starting off rather well-to-do – the son of a Turkish diplomatic family – he early on found his way into the rhythm and blues and jazz nightclubs where he cut his teeth and began locating the artists who might have otherwise gone unappreciated.

He set up shop in 1947 with his partner Herb Abramson in a run-down hotel in Manhattan.  He is reported to have borrowed $10,000 from his family dentist to launch is dream career.  His first release on the upstart label was in 1947  “Rose Of The Rio Grande” by The Harlemaires.  Among his earliest signings were Boyd Raeburn, Eddie Safranski, Joe Morris, Lloyd ‘Tiny’ Grimes and Melrose Colbert.  From then on it was a constant barrage of pure R&B but a new era was fast approaching with the signing of  the young Ruth Brown and the release of her “Teardrops From My Eyes”, which soared to number #1 on the R&B charts.  For the complete story – do yourself a favor and obtain the book “What’d I Say – The Atlantic Story – 50 Years of Music.”

Ahmet was also prone to write songs at every opportunity in the early years before his other duties displaced that love.  Below are many of those early efforts.  He often worked under the name “Nugetre” a backwards spelling of his own.  Visit Ahmet’s page at The Rock and Roll Hall Of Fame.  Mr. Ertegun passed away in 2006.