The Brill Building was located at 1619 Broadway in New York City.  It was the congregating place for music publishers, song writers, promo men and hustlers and it’s official opening of the doors in 1931 was the culmination of a long-time march by the participants in New York’s “Tin Pan Alley” from their former digs along 28th Street  – a March which had commenced back in 19th Century New York when Vaudeville and sheet music ruled the day. The Brill environment was old school a place that Brill Building Era biographer Ken Emerson alluded to as “the home of old timers, the ‘Shine on Harvest Moon guys’.  And so it was only natural that when an invader appeared on the scene, ranks would rapidly close and the doors of the Brill Building would be battened down. The office spaces in the upper floors of the Brill Building housed the most established music publishing firms and composers, promoters and so on.  At the lower floor of the Brill it was common for those not being able to afford a cubicle space to simply work from the large bank of phones located there. 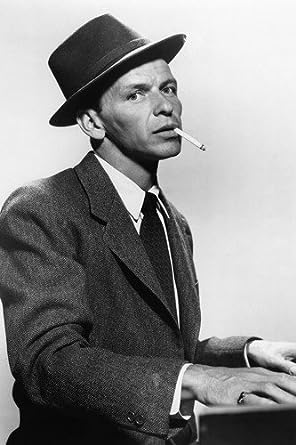 The ‘invader’ of course was rock ‘n’ roll – and as far as the old guard was concerned – it was no better than either one of it’s birth parents – rhythm and blues (think “race music”) and that particularly disgusting low-life form, country or more appropriately for the era – “hillbilly music”.  Two very vocal detractors barking out often against rock and roll were Columbia Records’ Mitch Miller – and more so – Frank Sinatra who derided the music as music “written for the most part by cretinous goons”.  And further “It manages to be the martial music of every sideburned delinquent on the face of the earth.  It is the most brutal, ugly, desperate, vicious form of expression it has been my misfortune t hear.” And so with the lines firmly drawn in the sand, the practitioners of the primitive music forms had to land somewhere – and it had to be in New York City – and it might as well best be close the action.  The Brill Building and 1650 Broadway were located very near the theaters and other entertainment centers that had evolved over time in New York City.  And so 1650 Broadway began to attract the young pups – many not old enough to enter one of the bars located in the lower realms of the Brill Building or adjacent to either building. 1650 Broadway – located a mere two blocks from the Brill – would become a natural receptacle for the new set, all chomping at the bit to add their two cents worth to the new rebellious music. The entry way to 1650 Broadway (which was not actually on Broadway, but an adjacent street) was jazzed up, hipper, than the staunch more conservative appearance of the Brill.  The Brill Building’s doors were carefully guarded by a receptionist and no one got in without an appointment.  1619 was the polar opposite:  If you had a song or an idea, you walked in and began knocking on doors.  Occupants were housed in small cubicles usually equipped with little else beyond a couple of wooden chairs and a piano.  And most of the occupants were receptive to anyone with an idea for a song.

ASCAP VS. BMI – On Opposite Sides of the Block

Parallel to the generation gap and the dividing line between 1650 and 1619 Broadway were the two music publishing organizations serving the publishing community.  The difference between the two organizations was as stark as the contrast between the occupants of the two buildings. Both were founded to represent and collect royalties for musicians and writers. ASCAP (The American Society of Composers, Authors and Publishers) was founded in 1914 by Victor Herbert accompanied by several composers.  Stemming from it’s founding origins, it was only natural that the society would align strongly with the establishment in the music world – i.e. such as those occupying the Brill Building. BMI (Broadcast Music, Inc.,) grew out of the broadcasting industry and the burgeoning world of radio programming.  Radio stations were at odds with ASCAP, who kept raising its fees, and in 1941 many stations refused to renew their licenses and took it a step further, refusing to play ASCAP licensed songs on the air.  BMI was founded directly by the National Association of Broadcasters in order to provide lower cost fees and licensing. During a ten-month ASCAP boycott by the BMI members, radio stations turned to regional music and took a hard look and listen to country, rock and roll and R&B – exposing thousands of listeners to something they had scarcely heard previously. 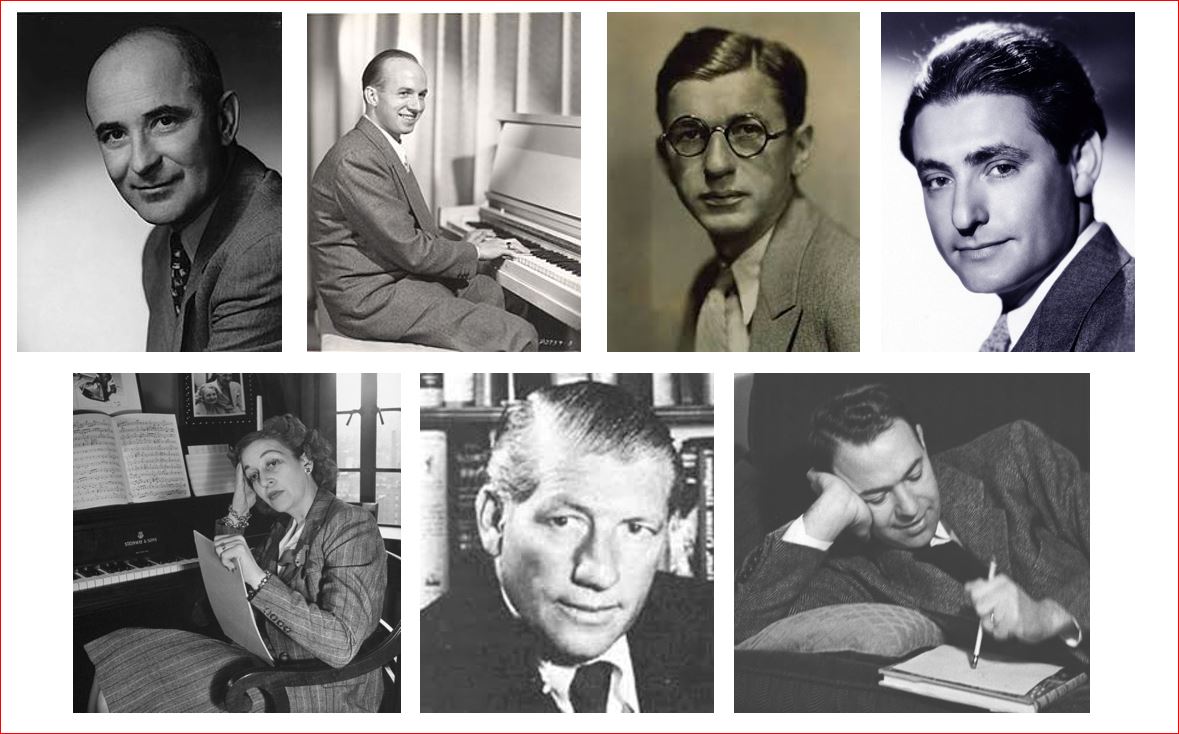 BMI actively sought out the musicians and composers that ASCAP typically shunned, namely race music and rock and roll.  Other forms were also ignored by ASCAP including Latin music, folk and country. And so when all was settled in – ASCAP was firmly entrenched with the Brill Building at 1650 Broadway and BMI was a welcome companion at 1619!. 1619 Broadway was actually an older facility than the Brill, constructed 10 years earlier.  In fact, many ‘Tin Pan Alley’-types resided in at 1619 in the beginning – not being able to afford or not wanting to pay the higher rents of the Brill.  But by the mid 1950’s the old timers were moving out of 1619 and so there would be ample room for the new eager young arrivals. 1619’s occupants were a revolving, exchanging, sharing and ever evolving group of practitioners.  Writing teams of lyricists and tune composers were ever shifting and experimenting.  But out of this creative whirlwind emerged seven teams who would contribute an astonishing catalog of classic hit songs which changed music forever.

They Wrote the Songs

Of the 14 writers depicted above, all but two have been inducted into the Song Writers Hall of Fame – those omitted being Doc Pomus and Howard Greenfeld to date. Members in these teams often worked with other composers but generally always gravitated back to the tried and true magic of collaborating with a familiar talent. The halls of 1619 were a bee hive of activity and on any given day one could run into one of the many others beyond the “Big Seven”: Andy Kim – Carole Bayer Sager – Toni Wine – Tony Orlando – Otis Blackwell – Shadow Morton – Laura Nyro – Gene Pitney – Phil Spector – Hugo and Luigi – David Gates – Tommy Boyce – Bobby Hart –  – just to name a few – with more pictured below. Both 1650 and 1619 Broadway also housed many music publishing firms – again lining up in opposing camps of the old and the new.

Welcome to the Rock and Roll Hall of Fame

Ellie Greenwich and Jeff Barry with The Dixie Cups

Leiber and Stoller with The King

Sedaka and Greenfield Get Down

By 2013 the with the Brill Building’s golden era well past, the building stood functioning with about half of it’s available space standing vacant.  An idea was put forth to the “Song Writer’s Hall of Fame” which at the time was without a home to possibly move into the historic site.  In 2017, the New York Post announced that the Brill was for sale. Most news accounts of the Brill Building usually confuse the occupants with the youngsters over at 1650 Broadway.  The building was purchased for nearly $186 million in 2013.  It’s 2017 price of $300 million did not attract a financier.

All of the songs listed below charted in the Billboard Hot 100 – There were many, many more tunes which reached the regional charts and the ‘Bubbling Under’ charts as well as the Country & R&B charts.  All in all these seven prolific teams laid down a treasure chest of golden hits – probably never to be equaled again. 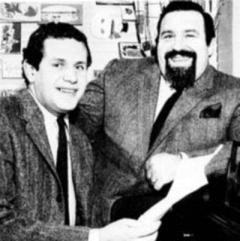 Doc Pomus was born in June of 1927 in Brooklyn Jerome Solon Felder.  His primary composing partner was Mort Shuman.  Mort was born in November of 1938 also in Brooklyn. Pomus was a victim of polio which confined him most of his life to crutches and more permanently to a wheel chair.  Pomus true love was rhythm and blues and much of his song writing often just deterred his bills. Pomus died on March 14th, 1991 at age 65 after contracting lung cancer.   Shuman passed away on November 2nd, 1938 also from cancer at age 52.

Neil Sedaka was born in Brooklyn in March of 1939.  He was an early member of “The Tokens” and teamed up with Howard Greenfield to compose many hits for himself as well as others.  Like Carole King, Neil enjoyed a second recording (and composing) rebirth in the 1970’s.  Greenfield was born in March of 1936 in Brooklyn. Neil continues on today.  Howard Greenfield died on March 4th, 1986 at age 49 expiring from complications inflicted by AIDS. 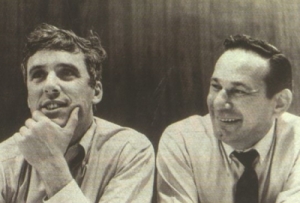 Burt Bacharach was born in May of 1928 in Kansas City, Missouri Burt Freeman Bacharach.  His primary writing companion would be Hal David.  Hal David was born in New York City in May of 1921 Harold Lane David. David composed for many musicians prior to meeting up with Burt Bacharach including Sammy Kaye, Guy Lombardo, The Three Suns and many more.  He died On September 1st, 2012 at age 91.

Barry Mann was born in February of 1939 in Brooklyn Barry Imberman.  His writing partner was Cynthia Weil whom he married in August of 1961.  They continue on today as a couple residing in California.

Jerry Leiber was born in April of 1933 Jerome Leiber in Baltimore, Maryland. Mike Stoller was born in Long Island in March of the same year.  Jerry passed away on August 22nd, 2011.

Carole King was born in February of 1942 Carol Joan Klein in Manhattan.  Gerry Goffin was born in February of 1939 in Brooklyn – Gerald Goffin.  The couple married in 1959 when Carol was still in her teens.  They divorced in the late 1970’s after both migrated to California. Carole King & Jerry Goffin placed 240 songs on the popularity charts primarily collaborating together but at times with others or solo. Forty-two of their songs entered the Top 20 and nine reached number 1. Jerry Goffin died on June 19th, 2014 while living in Los Angeles. 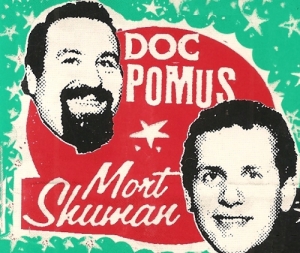 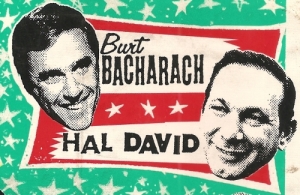 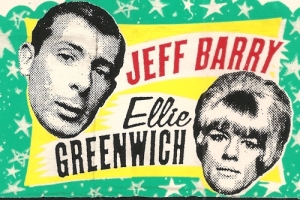