Roy Orbison started his musical life as a country and rockabilly purist – finding his way onto the famed Sun Records label joining the iconic rockers there.  He could rock and toured with the Sun acts to raucous performances.  He would would move on from Sun, to RCA Victor shortly, then a tremendous career at Monument – a respectable run at MGM and beyond.

Beginnings – A “Wink” Good as a Nod

Roy Kelton Orbison was born in Vernon, Texas on April 23rd, 1936.  His family moved to Fort Worth to find employment after the start of World War II.

His first inspiration was “Lefty” Frizzell, based on Lefty’s slurring vocal style. (Later on Roy as a member of the Traveling Wilbury’s would take the name “Lefty Wilbury”.

During his Fort Worth high school days Roy would join a young country group called the “Wink Westerners” – named based on their school “Wink High School”.  The “Winks” would originally include Roy along with James Morrow, Charles Evans, Richard West and Billy Ellis.

During this time period Roy’s lead vocals would in no way resemble what was to come when he would sign on with Monument Records.  The first hint of the group leaning towards rockabilly was when they began including “Shake, Rattle and Roll” in their performances.

In short order they were rocking nearly full time with all the big ones in their act from the day – The transition to rockabilly and rock ‘n roll was complete and they became the “Teeen Kings”. 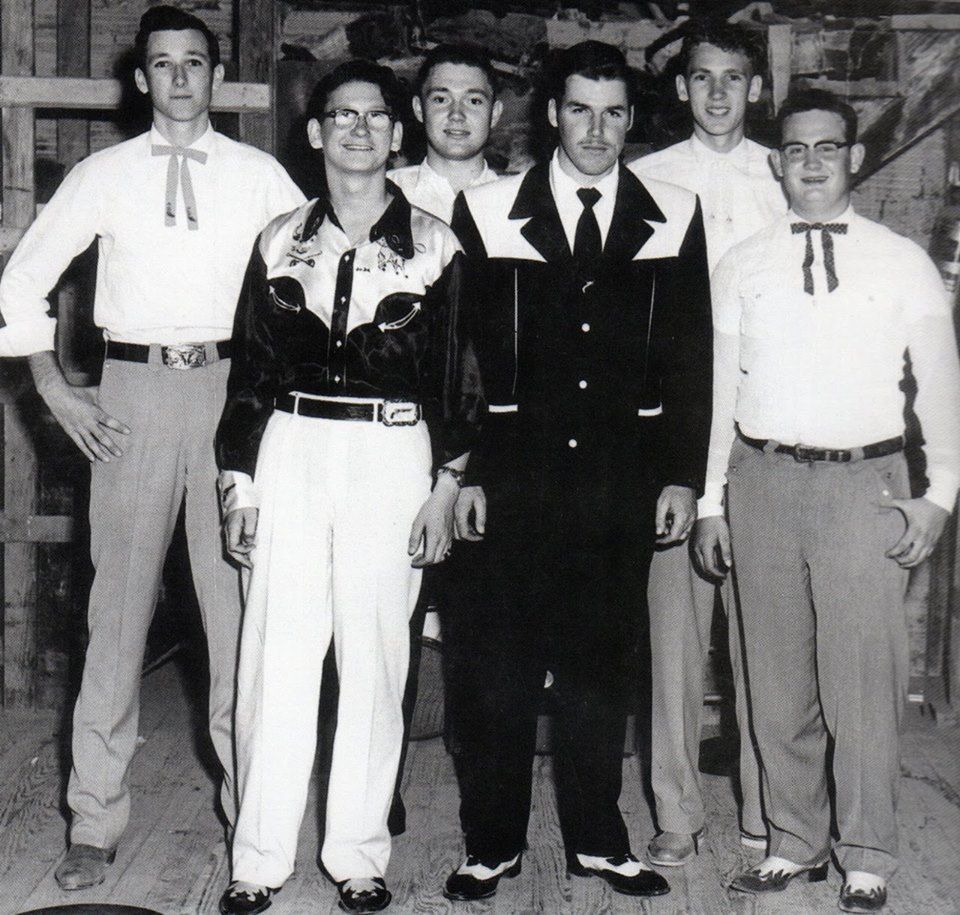 Roy and His Winks

In a strange twist of things – the Teen Kings’ “Trying to Get to You” was sent to Imperial Records along with a song by Weldon Rogers titled “So Long, Good Luck and Goodbye”.  Rogers had also recorded a demo version of the song.  Imperial accidentally released Rogers’ “So Long” and backed it with the Teen Kings song.  “Trying to Get to You” would then remain buried in the Imperial Catalog for nearly 4 decades before being revived and placed in a 1991 Orbison box set collection.

Roy was enrolled in College in Denton, Texas where he learned that fellow student Pat Boone had landed a recording contract.  Then when he heard a song titled “Ooby Dooby”.   He would return home and present the song to the “Winks” who would begin performing the song.  Then Roy would become further inspired by Elvis Presley.  Roy would meet up with Johnny Cash who recommend that he go to Memphis to see Sam Phillips.

The group had initially approached Columbia Records with “Ooby Dooby” but were turned away.

Some reports said Phillips immediately turned Roy and his band away stating that ‘Johnny Cash doesn’t run my record company’ but Sam later refuted this as did members of the Wink Westerners.  What is probably more accurate is that the Winks changed their name to the Teen Kings – recorded the song for the Je-Wel record label, submitted it to Phillips who saw some potential and signed the group to a contact.

Phillips had the group re-record the song and it was released in May of 1956.  The group went out on tour with Carl Perkins, Johnny Cash, Johnny Horton and Sonny James – all during their rockabilly days.  Roy and the Teen Kings would split up for many reasons but the clincher coming when they entered the Sun studio and saw that Phillips had brought in studio musicians to play behind Roy. 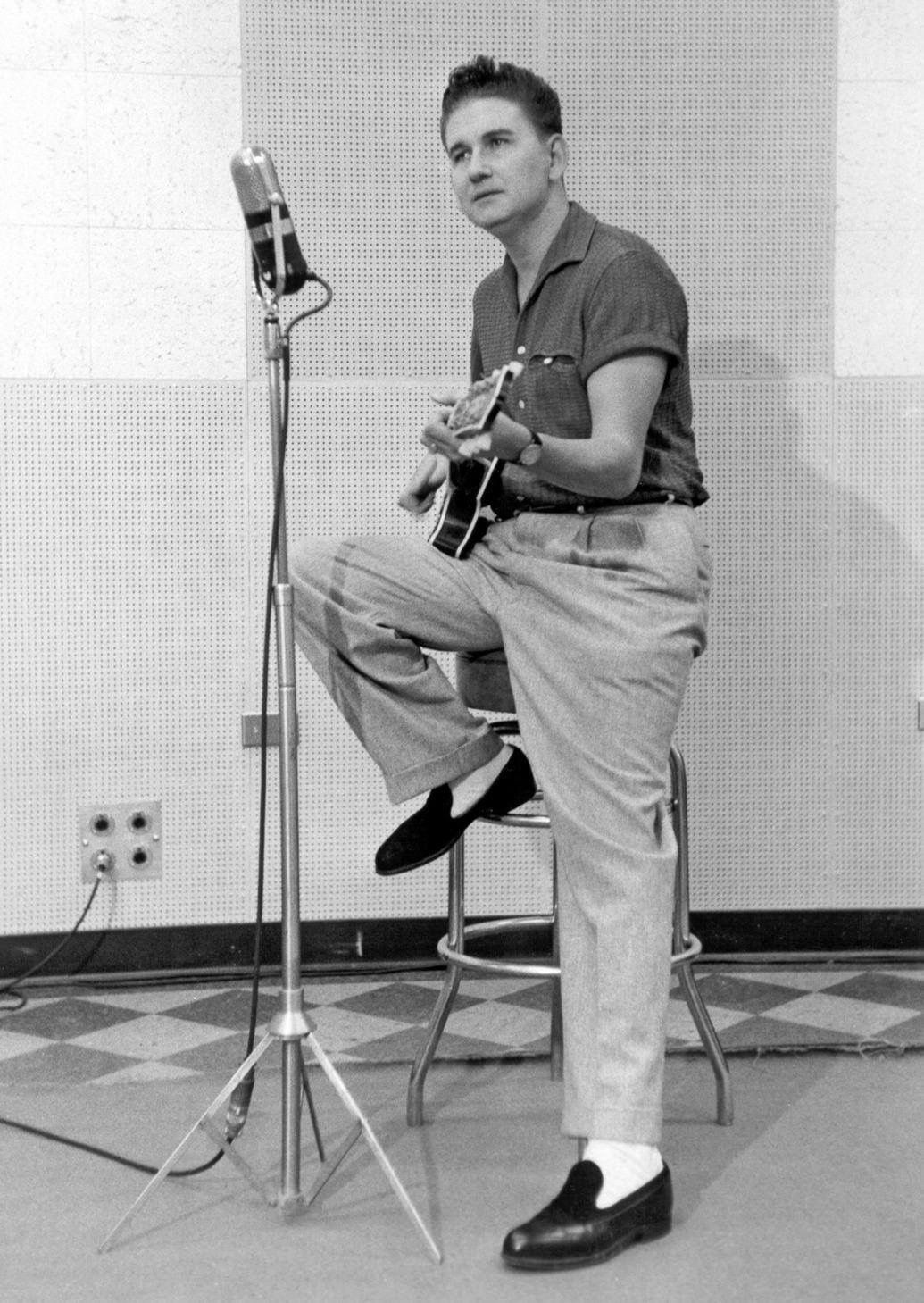 Roy in the Sun Studio

Sun’s catalog only contained a few Teen King tracks, but amazingly in 1991 the vaults of KOSA-TV – where the Kings had hosted a weekly program in 1956 – came 16 live Teen Kings’ tracks – all leaning toward their rockabilly styling – The songs would make their way onto a 1995 CD LP from Rollercoaster Records titled “Are You Ready” with some of these tracks also coming on a CD 45 RPM Flexi titled “Go! Go! Go!”.

The tracks on these songs were recorded by the latter version of Teen Kings with Billy Pat Ellis, James Morrow, Jack Kennelly and Orbison. Roy’s Sun days were short lived and by 1958 he would depart for RCA Victor before finding his way to Monument Records where he would stun the world of pop with a once in blue moon vocal delivery and style.  Roy set himself apart from all the other Sun rockers with his compositions or co-compositions – taking him to the top of the charts and providing hit material for others for decades as demonstrated in the discography that follows.

I skipped over the much retold chapters sin Orbison’s life – the tragic loss of his wife Claudette and both sons in horrific accidnets, his time at MGM after a great career with Monument and his final years teaming up with the Wilburys.  Suffice it to say that Roy was one heck of a rockabilly star – a rocker – with the voice that would stand alone for all time!

Roy Orbison passed away on December 8th, 1988 from heart failure at the young age of only 52. Roy Orbison Composing for Others – Discography