Sal Mineo (Salvatore Mineo, Jr.) was one of the young stars of “Rebel Without a Cause” portraying John ‘Plato’ Crawford and starring with along with James Dean – Sal was nominated for Best Supporting Actor in the 1955 classic.

“Start Movin'” was his biggest hit record charting at number 9 in 1957.  He would manage to enter the charts only three additional times.  He played the title role of Gene Krupa in 1959’s “The Gene Krupa Story”.

Epic Records attempted to slot Mineo as a ‘rocker’ and he was cast as “Angelo” in a 1956 teen flick “Rock, Pretty Baby” – but his passion was striving for more substantial roles on the Big Screen.  Sadly Sal was the victim of a stabbing occurring one day after film rehearsals – stabbed a single time but with the knife entering his heart and killing him instantly.  He died on February 12th, 1976 at the young age of 37.

Sal would assume the lead role in 1957’s “Dino” – a further casting to follow his “Rebel” appearance – with Sal portraying a juvenile delinquent. His death would place him in the unfortunate company of fellow “Rebel” actors James Dean (fatal car crash September 30th, 1955), and Natalie Wood (a controversial death-by-drowning on November 29th, 1981 – a death which has since been reinvestigated due to questionable circumstances surrounding the incident). Other “Rebel Without a Cause” co-actors included Nick Adams of the TV series “The Rebel” 1959), and Dennis Hopper. 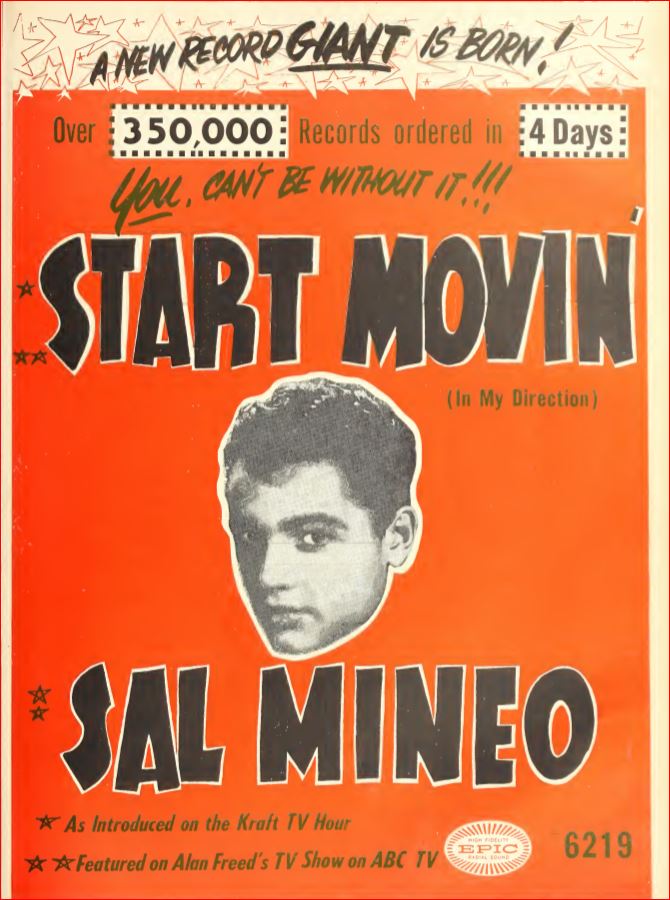 Little Pidgeon would be Mineo’s fourth and final charting single – topping out at number 45 in early 1958.  Sal recorded one long play in 1958 simply titled “Sal” featuring a diverse range of pop tunes including one track from “Rebel Without a Cause” – “Secret Doorway”. 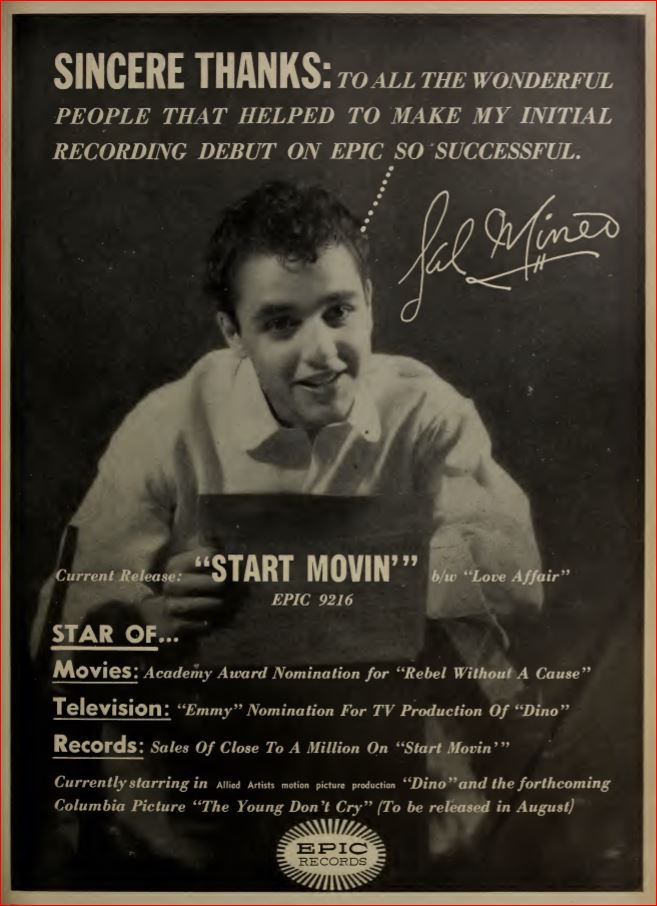