Skeeter Davis was certainly ‘country’ – born and raised – but for many teens in the early 1960’s – Skeeter was country’s early entry into the girl group genre. And for my money, her brief run at that genre, beginning with “The End of the World” and ending 16 months later with “Gonna Get Along Without You Now” was the “Skeeter Davis Legacy” I am fond of.  Six songs charted Hot 100 during that run and a couple more, which were obviously targeted for the teen pop audience, failed to chart.

Skeeter Davis was born Mary Frances Penick on December 30th, 1931 in Dry Ridge Kentucky. Her parents were William Lee and Sarah Rachel Penick.  She acquired her nick name “Skeeter” from her grandfather, comparing the vivacious little girl to a pesky but lovable flitting mosquito.  Mary Frances was given to putting on dancing and singing performances in her backyard fancying herself after actress Betty Hutton. 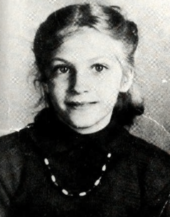 Her family life as a young girl was tumultuous at best.   Things went south for Skeeter who was only in her toddling years when an uncle murdered her grandfather, her mother’s father.  The incident plunged her mother into a deep and often suicidal depression which drove a lasting a sad wedge between mother and daughter.  As a young girl, Mary Frances was always on guard to protect her mom during the deep bouts of depression and the repeated attempts at ending her life.  Sarah’s deep depression and then alcohol would drive a wedge between mom and daughter that had life-long lasting effects.

After several moves out of Kentucky and then to the north in Ohio, Skeeter and her  family would eventually return to the South to the town of Erlanger, Kentucky where she would finish her high school years.

It was at Dixie Heights High in Erlanger that Mary would form a close friendship with Betty Jack Davis.  Both of the young teenagers shared a love of music and so the two didn’t miss any opportunity to perform as a duo, singing and both playing guitars.  As juniors in high school they won a talent competition – entering and performing for the first time as the “Davis Sisters”. After graduating the two moved to Detroit, Michigan where they secured their first recording session at Fortune Records.  That session would result in several tracks all released in 1953 on three singles.

This got the attention of RCA Records who offered the pair a contract.  The girls headed for RCA’s Nashville studios definitely seeing themselves as country artists, where the label would release a dozen 45’s over the next three years.  Their RCA venture would begin with a bang with “I Forgot More Than You’ll Ever Know” leaping to the top of the country charts and holding the top spot for eight consecutive weeks and even logging in a very impressive number 18 ranking on Billboard’s Hot 100 – an impressive feat for an debut country act.

Everything looked promising.  Skeeter and Betty were working hard to promote the record, making appearances – everything was going well.  Then tragedy struck.  Late one night on August 2nd, 1953, the two were driving back from an appearance in Wheeling, West Virginia.  A car coming the opposite way crossed over the center line – the driver having fallen asleep, hitting the girls’ car head-on.

There was some confusion from early accident report accounts – some stating that both Mary Frances and Betty Davis were fatally injured.  The pair were returning from after making a radio appearance in Wheeling, West Virginia.  Their car was struck head-on by a member of the armed forces who apparently fell asleep at the wheel.  A witness reported that he had followed the solider for several miles and that during that time the car was weaving and driving at a high speed.

There were two other male friends in the vehicle with the Davis Sisters – They both survived the crash as did Mary Frances and the soldier.

Skeeter moved into Betty’s mother’s house to recover. Ollie Davis.  Somewhat against Skeeter’s wishes, the mother, Ollie, managed to convince Skeeter to take on Betty’s younger sister as the next “Davis Sister which, reluctantly, she finally agreed to.  Skeeter and Georgia or “Georgie” Davis resumed the act, releasing several singles over the next two years with RCA Victor.

(In an interview on the “Car City Country” web site – Georgie related that Betty and Skeeter had future plans to bring her into the fold becoming a trio. They were just waiting for her to become a little older.)

The songs they recorded together were okay, but not up to the level of “I Forgot More Than You’ll Ever Know”.  By the spring of 1956, with no chart success either country or pop, the Davis Sisters called it a day.

Beginning in 1958, Skeeter, who remained on the RCA Victor roster as a solo artist, found her place among the country artists ranks.  Her first effort, “Lost to a Geisha Girl” made it to number 15 on the country charts – although remaining on the charts for a very brief time.

Then there would be a lull in the chart action, with her next four singles all failing to chart.  She ended that streak nearly a year after her solo debut with “Set Him Free” – this time going into the number 5 position country.   From there on Skeeter became a constant hit maker, scoring seven top 20 country hits into 1961.

Things began to take a turn for Skeeter upon the release of her 10 solo RCA single in August of 1960.  The song was an “answer” to Hank Locklin’s big crossover hit, “Please Help Me I’m Falling” which held down the number 1 spot on the country charts for 14 weeks and topped out on the Hot 100 at number 8. Skeeter’s “(I Can’t Help You) I’m Falling Too” – would go to number 2 Country, but more important, would be her pathway onto the Hot 100 for the first time since her duet in 1956 with Betty.  Skeeter would follow up immediately with another ‘answer’ song of sorts with “My Last Date (With You)” in response to the Floyd Cramer instrumental crossover “Last Date”.

Skeeter would be credited on the single as a co-composer, having provided the lyrics to the Cramer/Boudleaux Bryant tune.  This one would cross over and go number 26 Hot 100 (number 5 Country).  What an appropriate choice for Skeeter with her sorrowful voice over duet style – lending it to one of the most emotion invoking tunes of all time!  (“Last Date” was voted into the Grammy Hall of Fame).

Cramer – a Date to Remember

Beginning of the World

So with these two successes under her belt, Skeeter would settle in – back on the Country charts with a string five hits and that brings us to the big one – “The End of the World”.

This one came along in very late 1962 and jumped onto the Hot 100 Charts on January 26th, 1963.  The timing was perfect.  The ‘girl group sound’ was getting well under way and Skeeter, although nearing 30 years of age, would fit right in with her youthful lilting voice.  “End of the World” began it’s steady climb culminating on March 23rd, 1963 peaking at number 2 – held off by Ruby and the Romantics “Our Day Will Come”.

(The lyric writer for “End of the World” interestingly had emerged a veteran of Tin Pan Alley, and had composed many hits from back in the day, the biggest by far being “Too Young” recorded by Nat King Cole and several other prominent artists of the 1940’s – Her name was Sylvia Dee. “Girl group lyric contributions weren’t Sylvia’s stock and trade but beyond “End of the World” she was the lyric provider for Diane Ray’s 1963 hit “Please Don’t Talk to the Lifeguard”.

After the success of “End of the World”, the pop hit factory was paying attention.  Another country tune would follow with minor chart success but right on it’s heels was a definite ‘girl group’ genre target song – “I Can’t Stay Mad at You”.  This one came right out of the ‘Brill Building’ from the pens of the legendary hit makers, Carole King and husband Gerry Goffin.

During the week of November 2nd, 1963, when “I Can’t Stay Mad at You” peaked at number 7, the ‘girl group’ sound singles on the chart included:

By any measure – the girl group sound was definitely riding a strong wave.

This one had the bounce and excitement of the girl group sound and would best it’s Country position of number 14 by going to number 7 Hot 100.

Skeeter would enjoy two more hits aimed at the teen record buying public, “He Says The Same Things To Me” – (number 47 Hot 100, Number 17 Country and a revival of the 1950’s Patience and Prudence hit “Gonna Get Along Without You Now”.  It would be her final appearance on the Hot 100. Gerry Geld and Peter Udell, writers of “He Says the Same Things To Me” were also ‘Brill Building’ mainstays.  They had struck gold earlier with Brian Hyland’s “Sealed With A Kiss”, and penned several more for Hyland including “Ginny Come Lately”, and “Warmed Over Kisses (Left Over Love)”.  “Sealed With A Kiss” would hit again in 1968 by Gary Lewis and the Playboys.

All of these pop songs were vigilantly looked after by legendary guitarist and producer Chet Atkins – probably assuring that Skeeter would not stray too far from her roots.  Skeeter would take another shot with a King/Goffin tune “Let Me Get Close To You” a quintessential ‘girl group’ sound – in fact – moving further into the genre.

The song did okay Country going to number 45 but only dented the pop charts ‘bubbling under’ at 106.  Next song up was one from the novelty pop song tune smith – John D. Loudermilk – a composer who was comfortable working in the “Brill” tradition or going country.   “Sunglasses” missed the mark – failing to chart.  On “If I Had Wheels” the stops were pulled out to replicate a sort of silly girl group sound.  Skeeter had enough. 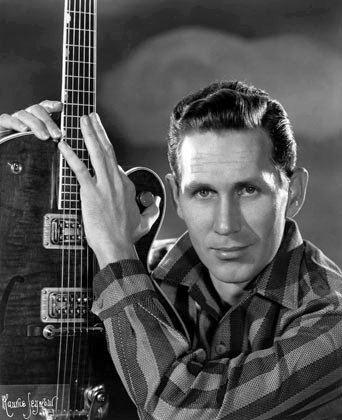 The Watchful Ear of Chet Atkins

Chet Atkins’ instincts paid off for Skeeter.  When the pop hits began to dwindle, Skeeter was able to slide right back into Nashville, picking up where she left off.  She would chart 25 more singles between 1964 and 1976.  She ranks in the top 150 country singers of all time for chart performance.

In 1973, RCA elected to take another stab with Skeeter’s classic hit, “The End of the World” – releasing it for a second time in the spring of 1973 – but with little success.

A side note:  For my money, Skeeter’s 1973 “I Can’t Believe It’s All Over” rates right up there with “End of the World”.  1973 was a year that witnessed several country mainstays ‘crossing over’. 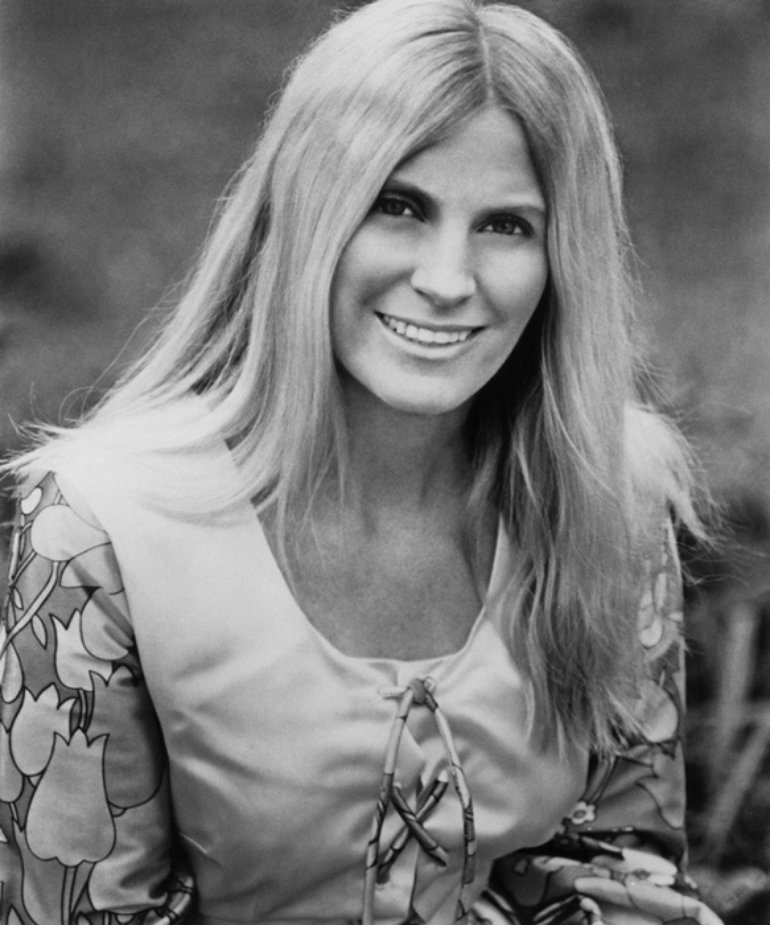 A Country Girl at Heart

(This was the Davis Sisters first recording – cut in Detroit, Michigan – where they relocated to after high school) 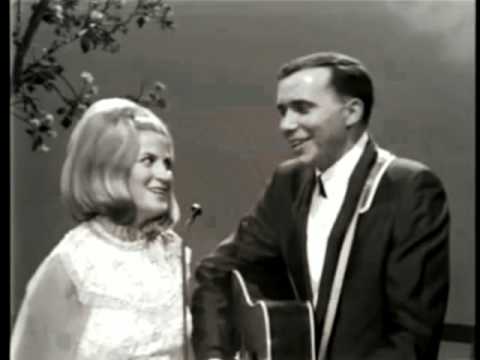 (Skeeter Davis is a co-writer of this song)