The next lead singer – David Baughan – didn’t last long – the operatives at Atlantic Records were put off by his difficult and unmanageable attitude.  And so he was replaced by the lead vocalist for a group called “The Hornets” – Johnny Moore.

The Army called once again, taking Moore in 1957 an so on came Bobby Hendricks.  Bobby fronted the group for only one hit of any significance, “Drip Drop” in the spring of 1958.  Hendricks would then depart in May of 1958 – and this was just before Treadwell fired the entire lineup due to an argument during a performance at Harlem’s Apollo Theater with that institution’s management.

Johnny Moore would step aside from the Drifters in 1982 completely worn out from performing and touring but would organize his own group while residing in London.

There would be a succession of lesser known leads – Bobby Lee Hollis being one – Bobby Hendricks came back and then left again and then some stability was achieved with the addition of Ben E. King in 1958.  With King at the lead microphone, Jerry Leiber and Mike Stoller had been brought in by Atlantic to take over production duties and the Drifters thrived. This ushered in the Rudy Lewis era, overlapping a bit with the addition for a second time of Johnny Moore.  These two would anchor the Drifters as leads through a very successful chart era.  Rudy would die suddenly  on May 20th, 1964 the night before the group was to record “Under the Boardwalk”.  Moore took over lead duties once again.

A side note: Original Drifter Bill Pickney who served in the second tenor role – switched to bass replacing Drifter Willie Ferbie – and his voice was prominent on the hits “Honey Love”, “Adorable”, “Ruby Baby” and famously on “White Christmas” interlacing vocals with Clyde McPhatter.

Bill’s first recording apart from the Drifters was on Sam’s Phillips’ Phillips International label in 1958 recording as “Bill Pinky and the Turks”.  As such, Bill was inducted for this recording into the Rockabilly Music Hall of Fame.  Sun had pretty much converted from black musicians to white rockabilly singers by 1958 and when Bill stepped into the studio he was the first black singer to do so in some time.  One of the tracks, “After the Hop” was composed by Bill along with Bill Justis – and Justis also played saxophone on the session.

After Bill was fired by Drifters’ manager/owner George Treadwell, he would form a group called “The Flyers” which also included Bobby Hendricks.  Earlier in his career, Bill was in a Gospel group called the “Jerusalem Stars” – a group which included Brook Benton.  Then, in 1958, Pinkney would return to the Drifter’s lineup bring Hendricks with him.  It was a short-lived run – Treadwell once again demonstrating his dictatorial approach to managing – firing the entire Drifter’s lineup.

By the mid 1980’s Pinkney’s “Original Drifters” would include Russell Henry, Charles Fowler and Chuck Cockerham – By the turn of the Century the group would be Pinkney along with Henry and Cockerham – now joined by Knight Dunbar and Roger Whitehead – None of these musicians recorded with the Drifters during the Atlantic Records era. 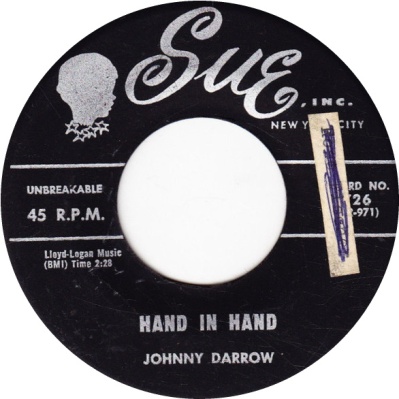 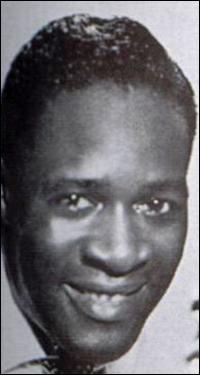