The Sons of The Pioneers Tumble Into Colorado

I knew that the Sons of the Pioneers passed through these parts back in the 1980’s – My friend and Colorado Country Hall of Fame Inductee Gene Harrell related to me his meeting up with the group back in the 1980’s meeting them at the Republic Building in Downtown Denver. 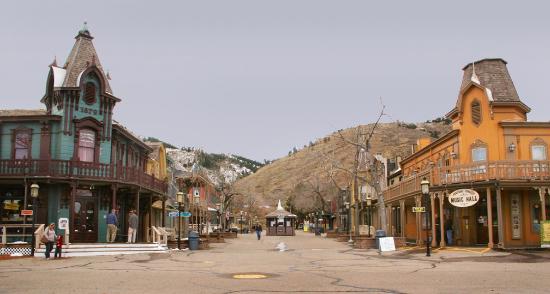 Long Gone Heritage Square – Home of the Lazy B Ranch

He played guitar with the group for a local performance.  Gene did not tell me about them planting some temporary roots in the area -apparently signing on with the “Lazy B Ranch” which was situated in the foot hills just west of Denver in the one-time theme park “Heritage Square”.  The “Lazy B” was a due type attraction and featured their own in-ranch group – “The Lazy B Wranglers” who recorded numerous souvenir type long plays for ranch visitors.

The LP illustrated here is Colorado based – a production of Silver Spur Records which was based in the Denver area – in the far western part of Lakewood in Green Mountain – In addition in 1984, when the LP was produced, Silver Spur also doubled as “Sons of the Pioneers International Fan Club” president  Arthur O.E. Parker who, according to the included 16-Page souvenir booklet, was also the group’s manager.  The Green Mountain address is a residential home.

The Sons have a long history starting way back in 1933 and with over 40 members passing through the ranks including Leonard Franklin Slye who would go onto to solo fame as Roy Rogers; his cowboy entertainment rival Donnell Clyde “Spade” Cooley; Bob Nolan – a founder who composed Sons’ staples “Tumbling Tumbleweeds” and “Cool Water” as well as hundreds of more songs; Robert Ellsworth Patrick Aloysious O’Brady (Pat Brady) – Roy’s goofy jeep driving ranch hand on his television show; and Curtis Wain Gates who would go by the name “Ken Curtis” and move on from the Sons to play the actor “Festus Haggen” on the long-running western TV series “Gunsmoke”.

Interesting that the 16-Page Sons’ history makes no mention of member Spade Cooley who was involved in a controversy with Roy Rogers and who was sent to prison for nine years for the murder of his wife.  I suppose that was reason enough to exclude him from the program. 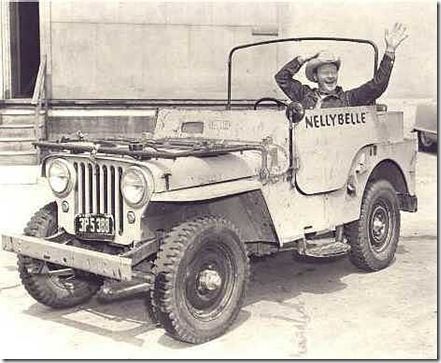 Gate Fold cover shown and front/back page of Celebration 16-Page booklet – A “Volume 2” was planned and advertised but I don’t believe made it into production.

The first “Sons” group weren’t sons at all.  A trio came together in 1933 in California and they called themselves “The Pioneer Trio”.  Their first public exposure came in 1934 on a California radio station.  The DJ, Harry Hall, introduced the three young lads as “The Sons of the Pioneers” which caused them to wince but continue on performing without saying anything.  That is until the broadcast was complete.  They tore into Harry who apologized but told them that they seemed far too young to be “pioneers” but to him seemed more like “sons”.  The three – Bob Nolan, Tim Spencer and Len Syle (soon to become Roy Rogers), were none too pleased but after rethinking the moniker – decided to take it up and the “Sons of the Pioneers” were born!

New members were soon added – Hugh Farr on fiddle, brother Karl Farr on guitar and the first solid lineup was in place for a time.

The Son’s of the Pioneers have continued on into the new millennium hosting a web site – Their current lineup includes Tommy Nallie, Ken Lattimore, Dusty Rogers, John Fullerton and Paul Elliott.

As popular as the Sons were, they only placed one single on the Billboard Pop song charts – that being the 1949 hit “Room Full of Roses” which made it to number 26.  They placed 13 songs on the Country Charts – 12 from 1945 through 1949 and then one last hit in 1980 “Ride Concrete Cowboy, Ride” which again featured Roy Rogers on lead vocals for a brief reunion.  The peaked at number 80.

None of their many long plays ever reached the charts – but collectively sold in the millions of copies.  Below are two classics both from 1934 and 1941 – both penned by the talented composer Son – Bob Nolan.  These two classics were recorded by many famed artists through the years.

Following is a pictorial sampling of the Sons of the Pioneers lineups: (NOTE: Lloyd Perryman was the longest running Son with 41 consecutive years) 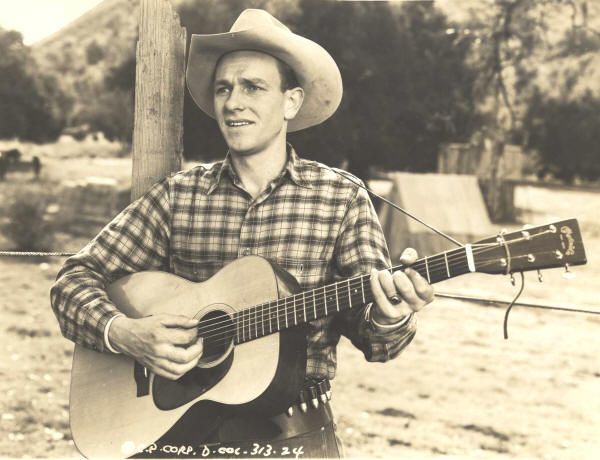 King of the Sons: Lloyd Perryman