Wikipedia states that the term “Top 40” as a “radio format” first appeared in 1960 but we know that just isn’t so – Perhaps the slick marketers hadn’t yet become savvy of the term but it was definitely in use (see the radio station KOBY 1550 AM out of San Francisco from 1956.

Credit for “inventing” the format goes to KOWH owner Robert Todd Storz out of Omaha, Nebraska who paid attention to juke box plays to compose his weekly listing for broadcast.  The emergence of the 45 rpm record also played out well as a parallel development favored and affordable by teens and pre-teens during the mid 1950’s and ultimately putting the 78 rpm  on the back shelves of the record stores.

Radio stations quickly gravitated to the Top 40 format – sometimes extending it to 50 but keeping the weekly playlists within the range of what could be easily managed for considerable repetitive air play in order to satisfy the young listening audiences.

By the end of the 1950’s a Top 40 explosion had occurred with thousands of stations using the format and with that the emergence of the “Boss Jocks” who became the shepherds, not only for the soundtrack of teenage America, but the trusted chaperones of their daily lives.

The “Boss Jock” was elevated to perhaps the highest elevation attainable by an “adult” (even though they were often very young as well). 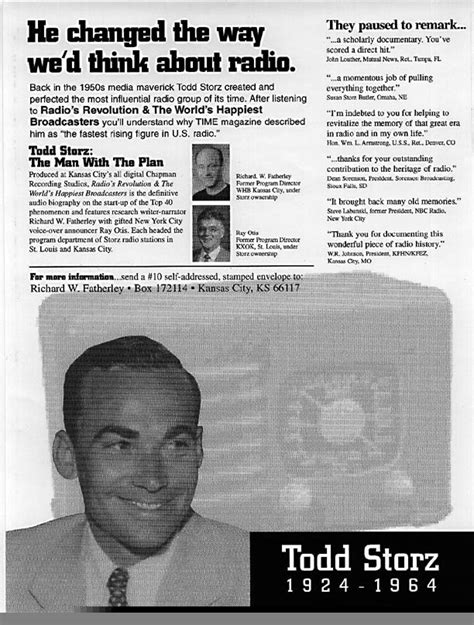 Todd Storz had the Top 40 format firmly in place by 1952 on his Omaha station and soon expanded it to several other stations he acquired.  Via research he learned that listenership dropped when his station featured talk formats and rose dramatically during hit record spins.  That was all that Storz needed.

The printed radio station “survey” sheets began to appear in the mid 1950’s – generally with 1956 being the year they most often made their debut.  By 1958/1959 nearly every Top 40 station worth it’s salt was printing the weekly bulletins which could be obtained at the stations, and in local retail stores where records were sold.

It wouldn’t take long before the surveys to become vessels for local promoters of products and services, and events.  Stations with marketing wisdom would soon promote their Boss Jocks personalities, their promotions in the community and on-the-air.

Survey sheets were often typed by a station employee, but many stations quickly moved to attractive layouts which have resulted in some great collectibles for us today!

Storz himself met with a sad end.  His personal life unraveled and a decision in 1961 to uproot from Omaha to Miami did pan out well.

Todd Storz died from very poor health on April 13th, 1964 – not yet 40 years old.  Father Robert would then move the Storz operation back to Omaha but the magic was gone.  Senior Todd did not have the reverence for Top 40 and often cajoled his station managers to play more ‘adult-like’ music.

But American Boss Jocks everywhere carried on well into the mid 1970’s but the magic of those first 15 years or so would dissipate …. and Top 40 in it’s most refreshing form would become an historical landmark.

Below I have posted many of the California radio stations serving the West Coast during those golden years.  There is a little bit of country sprinkled in – but what the heck! (and I will be posting all of the other States in time) 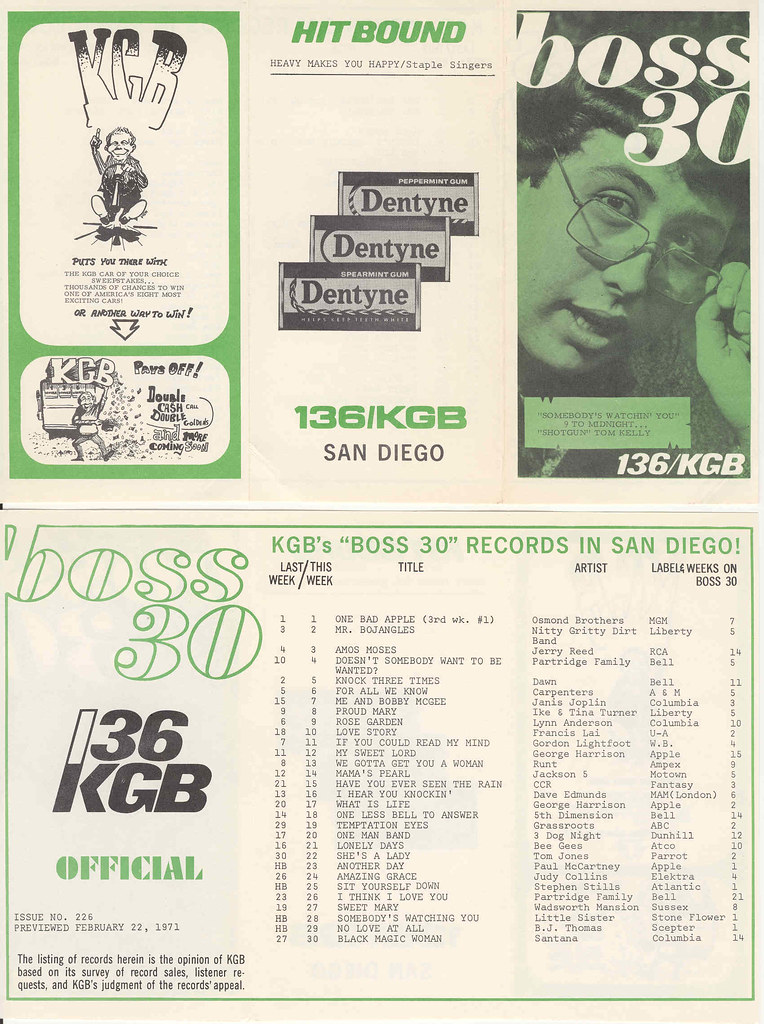