The Crystals formed while in high school in Brooklyn, New York in 1960 – Originally a trio (without a name) they were Mary Thomas, Barbara Alston and Myrna Gerard.

Barbara had an uncle, Benny Wells, who was developing an interest in recording – and in particular – aimed at putting a ‘girl group’ together with the starting point being Barbara and her two friends.  Benny checked around the neighborhood and soon located two more young girls who were interested in singing and joining a group.  They were Dolores Kenniebrew (nick named “Dee Dee”) and Patsy Wright.

Benny now had a girl’s group quintet and was ready to put them to work.  Benny’s leanings were not really teen pop in nature – His idea was to start his group off practicing songs leaning more toward the harmonies of soft vocal groups from the 1950’s.  He thought the group could then be booked into small private events such as weddings.

They needed a name and so Patsy recommended they use her little niece’s name “Crystal” in the plural form.  Taking his group to the big city, New York, in the hopes of recording, while practicing the Crystals came to the attention of the already established Phil Spector who had come to New York to join the “Brill Building” composing and producing crowd. 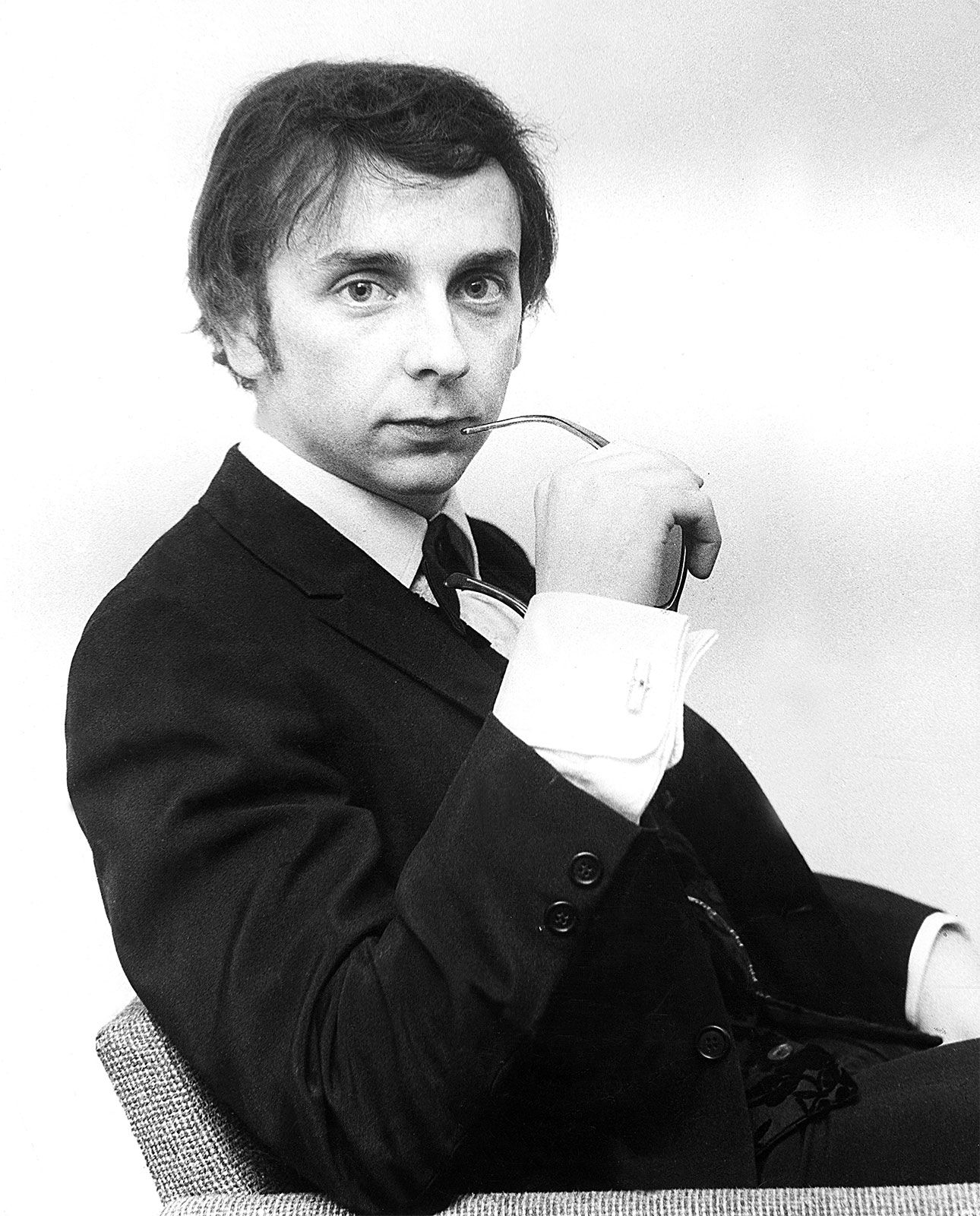 He heard them rehearsing a song which came to the Hill and the Crystals through Patsy Wright’s brother in-law, Leroy Bates – The song was “There’s No Other (Like My Baby)” For some unknown reason, Wikipedia credits a “Matthew Edward Hall” as the co-writer – with no historical basis.  Bates would not follow his hit with another one – and has four tracks registered with BMI Publishing.  The Beach Boys did record “There’s No Other (Like My Baby)” which landed on their very successful “The Beach Boys Party” LP in 1965.  Always loved the harmony tracks from that long play!

Leroy “Lee” Bates – No Other

The Crystals were delivering the song in a bouncy up-tempo style.  Phil liked what he was hearing but he thought it needed some tweaking – and so tweak his what he did, slowing down the tempo, moving the song more in the direction of a couple of his earlier successes – his song with the “Teddy Bears”, “To Know Him Is To Love Him” and the Paris Sisters’ “I Love How You Love Me”.

There was a problem – none of the five young girls wanted to step up and take the lead vocal!    With a lot of prodding and encouraging – he convinced Barbara Alston to assume the lead.

Running parallel to all of this, Phil was working hard to establish his own record label.  He had by now rounded up two more groups to record his songs – the first two being the  “Ducanes” and the other were the “Creations”.   The Ducanes were shopped out to Goldisc Records and the Creations to Jamie Records.

Phil had an agreement of sorts to provide his songs to the publishers Hill and Range.  But Phil decided to do an end around and keep the Crystals for his own label.  To start up a label, Phil required a partner and brought in Lester Sill.  They would combine their names to establish “Philles” Records.  Financing for the first Philles release would come from Liberty Records.

So the Philles debut single was recorded – Spector style – (Phi would add his name along side Bates as he was always prone to do in his career for co-composing credits).  “There’s No Other (Like My Baby)” was slated for the “B” side of the first Philles’ 45 – but radio station DJ’s got a much better audience response from the “B” side.

The song would wildly successful for a debut recording – going to number 5 R&B and number 20 Hot 100.  The Crystals and Philles were on a good path – or so it seemed at the time. 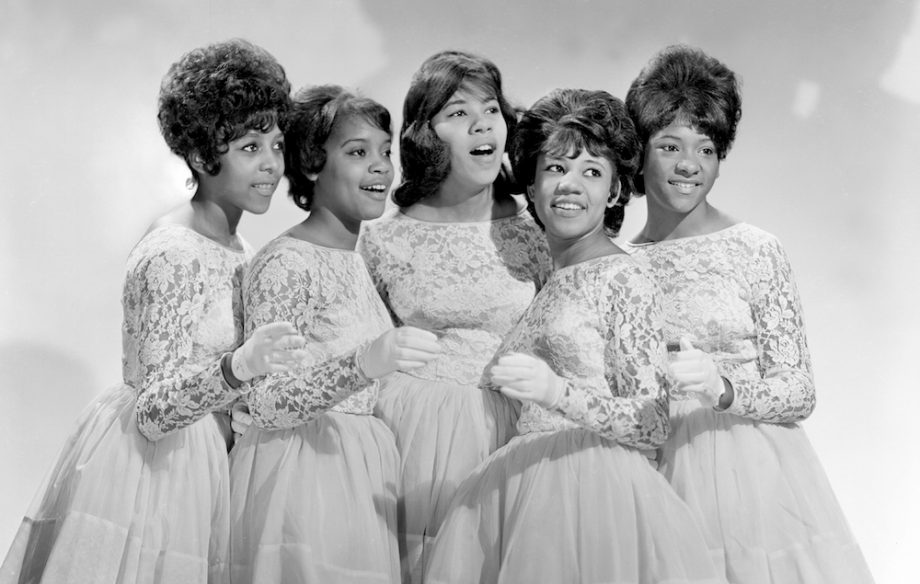 It didn’t take long for the harmony between Spector and his first group to sour.  Phil didn’t really want to be in New York at the Brill Building.  He resented the union’s hold on the industry, didn’t care for the session musicians, and wanted more control over everything when it came to making records.

Here is an interesting tale from a collector regarding a song Phil produced call “Let’s Dance the Screw”:

“Spector’s ego and inability to work well with others results in Phil behaving badly so as to annoy Les into selling out his interest in the label. Sill finally agrees to a buyout estimated at $60k just to be rid of Spector. Phil withheld that payment, claiming that Les owed him back royalties. Les sued Phil to get the buyout money owed him. “Let’s Dance the Screw” was Phil’s response to that lawsuit. The record was never intended for release, only a “last word.” Sill was the only person intended to hear the record, and he was the only person to whom a copy was delivered. The reason multiple copies exist is because the pressing plant had a minimum order size.

After Spector got his one copy to give to Sill, the remaining records were supposed to be destroyed. Remaining copies could include the copy given to Sill, archive copies kept by the record company/pressing plant, souvenirs taken home by pressing plant employees, and/or records that accidentally went out with shipments to eventually be purchased as “warehouse” stock by collectors or jobbers.

That the catalog number is reused for Darlene Love’s “Today I Met The Boy I’m Gonna Marry” would indicate Phil never intended “Screw” to hear the light of day. Otherwise, royalties from “Today” would have legally been owed to Sill, if indeed his settlement with Phil involved royalties on a to-be-released record. By never offering the record for public sale/broadcast, Phil could just destroy the records and re-use the catalog number. Given how big the Crystals were at the time, it’s highly unlikely that the initial pressing would not have sold out if it indeed was made available to the public. No matter how bad the record was. And it was bad.”

Well, there was more that Spector didn’t care for

But the clincher of the “didn’t care for’s” was Phil moving to California to do his recordings at Gold Star studios (where “To Know Him Is To Love Him” was cut).  The Crystals didn’t care for this at all and so protested by not flying to the sunshine state.  Phil didn’t care for their attitude and so he would cut a “Crystals” record – without them!

Gold Star – Where Phil Wanted To Be sans Crystals

The song would be cut using the girl session group “The Blossoms” along with studio singers which included Sonny and Cher.  The Blossoms included lead singer Darlene Wright, Fanita James and Gloria Jones.  They were a very experience trio with tons of sessions under their belt.  The sound on “He’s A Rebel” would be one big giant step towards Phil’s “Wall of Sound”.

The song would be Philles’ first big hit – going to number 1 on the Hot 100 for two weeks.  The real Crystals, who were out on tour back east, were not happy to say the least.  Spector had proceeded without them.  The group had to scramble to learn the new song in order to perform it on the road.  This would mark the first time that La La Brooks would step up to become to lead singer as only she, with her husky Gospel tinged voice, could carry off a close rendition of the song. To make matters worse, this would apparently be the last time that the original Crystals would be used to record going forward – or at least that is what most historians believe.  However, members of the original Crystals claim they did record future tracks in New York studios – but without Spector.

What is speculated as being the most likely reality is that the original Crystals were recording in the east and Phil was proceeding in the west with the Blossoms.  Phil claims he would mix sessions, but technical experts claim, at that time in recording history, mixing the two sets of takes would not have happened.  But what has been established is that Phil, now changing his mind about La La’s leads, was recording her vocals separately and using them.

Phil played favorites, as he would with the Ronettes, especially, Veronica, began to favor La La and bestowed gifts on her while ignoring the balance of the Crystals.  Apparently, for certain , the Blossoms were the group singing on “He’s Sure the Boy I Love” with Darlene Wright on lead.  She, of course, would record for Philles as “Darlene Love” and would appear on many of the label’s recordings including “Bob B. Soxx and the Blue Jeans”.

Whatever the truth at Philles, the writing was on the wall for the Crystals.  Mary Thomas would soon depart followed by Patsy Wright.   LaLa, Barbara and Dee Dee would hang on and would head out for a lengthy U.K. tour.  With Patsy departing, they needed another member for their upcoming UK tour.  A little oddly, they located a young dancer who had a passport – Frances Collins.  She was hesitant to join the group for obvious reasons but the trip to England intrigued her and so she signed on.

The Crystals returned home to confront their future.  Phil pulled another surprise upon their return – he decided to revert to Barbara Alston on lead vocals.  Spector was still dinkin’ around with Blossoms vs. Crystals on tracks – The Crystals had enough.  The group disbanded (more or less). Barbara and Mary would join up with Teri Nelson for an LP and a single.  Dee Dee would plod along working with various versions of original Crystals and substitute Crystals for appearances.  Dee Dee, Barbara and Mary would form a trio for a short time.  La La would do some solo work, record for Gusto Records as “The Crystals” even though it was just her and some session singers.

In 1987, Dee Dee and La La would team up with Darlene Davis and Gretchen Gale Prendatt for a short time.  La La would become a model, marry, join the Islamic religion, move to Austria and become a DJ.

It was a wild ride for the ladies.  You have to tip your hat to them for standing up as best they could manage to the dictatorial Spector.