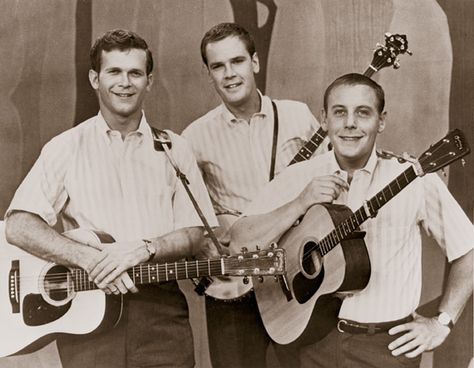 Bob Shane, of course, was a founding member of the “folk” group The Kingston Trio.  And why do I state folk in quotation marks?  Read on..

Robert Castle Schoen was born in February of 1932 in the then small town of Hilo located on the island of Hawaii or “The Big Island”.  Bob’s family roots went back four generations in Hawaii.

Robert spent his early growing up years in Hilo attending elementary school there.  He apparently either moved to or boarded in Honolulu to attend both junior high and high school at a prestigious and noted school –  Punahou School which was founded in 1841.  Another slightly known alumnus was former U.S. President Barrack Obama.  Another student at Punahou would be Dave Guard a future Kingston Trio founder – who moved from San Francisco to Hawaii during his high school years.

Shane (he changed his name as a musician) traveled to California to attend college and would soon meet up with Nicky Reynolds a budding folk singer.  The two became fast friends.  Bob and Dave would form the “Calypsonians” quickly becoming “The Kingston Quartet” in 1956 along with Joe Gannon and Barbara Bogue. 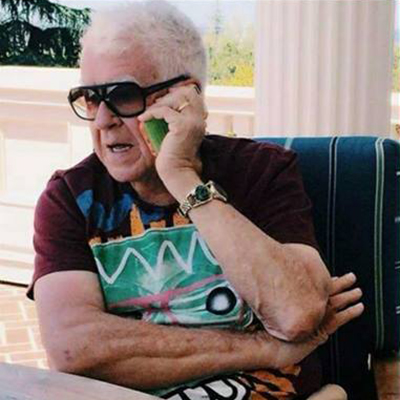 Bob would next introduce Dave Guard to Nicky and the three would team up to form the The Kingston Trio and history was about to be made.  The group was hugely popular and very successful as a recording act – achieving five number one long plays and placing 14 albums in the Hot 100.  Their second single “Tom Dooley” (first was “Scarlet Ribbons”) sold over 6 million copies!

Hang Down Your Head Mr. Dooley

Older Denverites will remember Pogo Poge on KIMN playing Tom Dooley over and over and over until a group of teens came to the station – whisked him away in their car putting a mock ‘kidnapping’ of sorts putting an end to the monotony of poor Tom Dooley being hanged. 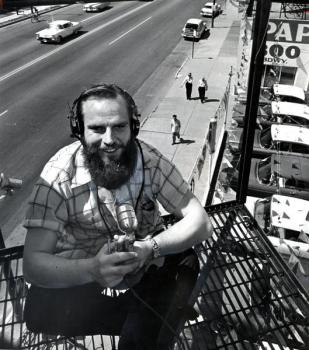 Pogo loved a good stunt – including broadcasting from a snake pit – where he was bitten – and broadcasting from the top of a utility pole.  Ironically Pogo would venture to Hawaii when his KIMN days were finished where he hosted a children’s show called “Checkers and Poo” from 1967 until 1982 on radio station KGMB.  He also appeared in several episodes of “Hawaii Five O” in the role of Attorney General of Hawaii.

Pogo – who’s real name was Morgan Branch White – passed away in 2010 of heart failure at the age of 86 in Provo, Utah his birth State where he had returned in the late 1980’s to farm.  Morgan was a life-long member of the  Church of Jesus Christ of Latter-day Saints.

Long term success for the three original members was not to be.  Dave Guard became at odds with Bob and Nicky and although they attempted to reconcile and even reunite later after the John Stewart years – it just did not work out.  And so they went their separate ways in May of 1961.  Nick and Bob then brought on another southern California acquaintance – John Stewart – a talented musician and song writer – “Where Have All the Flowers Gone” would be the Kingston Trio’s first charting single with Stewart aboard reaching number 21 in early 1962.

And throughout their time together they were the object of much scorn and ridicule from the purist folk community who constantly harangued the Trio for ‘degrading’ true folk with pop and excessive instrumentation.

All three Kingston Trio members said they never classified themselves as strictly a folk group – or for that matter – hardly a folk group at all.  They found the moniker too confining and unsatisfying – and always wanted to further explore the world of pop music.

I remember seeing them perform at the Lagoon in Salt Lake City – I ran across the three in a malt shop in the Lagoon during their intermission and they were all huddled around a juke box – They selected two or three songs by The Beach Boys!

The final charting single for the Kingston Trio