“Their stage name came from what we thought was the maiden name of their paternal grandmother, and my 2xGG, Lizzie Filtzer. But I recently discovered that Lizzie actually just started using Paris as her maiden name sometime early in her marriage for some unknown reason—it was totally a fabrication.”

The Filtzers grew up in the San Francisco area and were destined early on to be performers.  In the beginning they thought of themselves as dancers first and singers second.  In an interview, Sherrell Filtzer (the middle sister) recalls that their journey in entertainment didn’t afford them any time for the normal growing up experiences.

They weren’t driven by their parents, who Sherrell described as “normal parents”.  It is rather difficult to discover when the trio became “The Paris Sisters” – but it was early.  Sometime in 1953 they came to the attention of a local California independent record label out of San Francisco –  “Cavalier” where the sisters would cut four tracks.  One single had a Christmas theme and seems to be lost to time.  The second Cavalier 828 has the Paris Sisters working with Jimmy Diamond and His Sparkling Music.  Diamond provided instrumentation for several artists appearing on Cavalier.

The “Zorch/Bully” recording was also released on a 45 format with red wax.

The three Paris Sisters were Albeth (oldest born in 1935, Sherrell born in 1940 and Priscilla born in 1941.  The year after cutting the Cavaliers tracks, the Paris Sisters would leave (thing ditch) school early and immediately head to a local venue where the Andrew Sisters were appearing.  The girls considered the Andrews their heroes and wanted to mold themselves into the same style of singing.

After several times attending the Andrews’ performances, the sisters were finally noticed – and not just noticed but asked to come up on stage.  Most likely this led to the signing of the Paris Sisters to the Decca record label – home to the Andrews.  The year was 1954.

There was no set ‘lead singer’ and the Paris’ sound was definitely “Andrews” all the way – bouncy – spunky and fun.  Take a listen to their first “Ooh La La” released in November, 1954 and then “Huckleberry Pie” from April of the following year.

Their voices in those early years conjured up mature female singers – certainly not the 15 and 16 year old girls which Priscilla and Sherell were at the time.  The older Albeth took responsibility for her younger sisters when they were on the road.

There would be a total of eight releases on Decca – The girls would move over to Imperial records in late 1957 and early 1958 for a couple of singles.  The trio would continue on without a label for a few years until early 1961 when they would come into contact with a couple of California boys and everything would change for the Paris Sisters.

Lester Sill and Phil Spector were a curious mix – Sill, the veteran music man who cut his teeth in R&B music with Jerry Leiber and Mike Stoller, Modern Records, Charles Brown, Hadda Brooks, Big Mama Thornton and so many more.

Phil Spector was 20 years younger and was coming off his monster hit with his teenage group “The Teddy Bears” and “To Know Him Is To Love Him” on the Dore record label.  The group, which included Marshall Leib, Harvey Goldstein, lead vocalist Annette Kleinbard along with Phil Spector and drummer Sandy Nelson.

Annette was still in high school when the song was recorded.  When the Teddy Bears took the road – Goldstein had departed and Nelson was tied up doing session work so they continued on as a trio.  They moved over to Imperial Records where Phil may have learned about the Paris Sisters – who knows”?  There they had only minor success barely denting the Hot 100 with a couple of forgotten tracks.

Annette by the way would go onto to become Carol Connors and would co-write one of the themes from the first “Rocky” motion picture  – “Gonna Fly Now”.  She also co-wrote “Hey Little Cobra” by the Ripchords and “With You I’m Born Again” by Billy Preston & Syreeta – a number 4 Hot 100 hit in 1979/80,

Carol is a next door neighbor to one of my in-laws residing out in southern California.

Spector started off the Paris Sisters with “Be My Boy” backed wth “I’ll Be Crying Tomorrow”.  This was a major departure for the girls but a logical step for Spector moving from the Teddy Bears into a logical next step.  After much experimenting with each of the girls’ voices, Phil focused on the youngest member, softening her delivery adding a lilting background by the sisters.

It had “Teddy Bears” written all over it.  The song achieved a respectable number 56.

Then came the big one!

For the second Paris Gregmark release Brill Building Phil called on Brill Building writers Barry Mann and Larry Kolber.  Mann’s credentials were impeccable.  Kolber was no slouch having penned “Forget Me Not” by the Kalin Twins (1958), and would later write “Patches” (Clarence Carter).

(Kolber would pen “Go Fight For Her” for Colorado’s Astronauts in 1964.)

“I Love How You Love Me” was a gem and the crowning achievement moment for the beautiful Paris Sisters.  The song reached number five in the nation and sold a million copies very quickly.   There would be two additional Gregmark chart appearances first with Carol King and Gerry Goffin’s “He Knows I Love Him Too Much” (number 34) and then a Mann Kolber follow up “Let Me Be the One” (number 87).

The Paris Sisters made live appearances on the Red Skelton Show, Rowan and Martin, appeared with George Bunrs, and Elvis Presley and performed on Dick Clark’s American Bandstand.

Paris Sisters on Red Skelton – Dusting Off the Dancing Skills

There would be one final attempt by Spector for the Paris Sisters “Yes, I Love You” backed by “Once Upon a While Ago” both written by Phil.  But by then, Phil had already moved on with Lester Sill forming Philles Records having already released 10 45’s and plunging into the world of hit singles and the “Wall of Sound”.

There was a rumor of a Paris Sisters long play on Gregmark but Sherrell says that although they did work on it, the project just seemed to vanish.

The Paris Sisters would achieve one final appearance on the Hot 100 – the Bobby Darin composition “Dream Lover” which fizzled out at number 91.  I love the track – Priscilla on lead was simply captivating and the well produced single.  As the girls moved to Mercury and then Reprise – Priscilla began to assert herself and started composing many of their songs.

If fame slipped away – it wasn’t due to not trying – several of their final songs were composed by proven composers including Carole King with Gerry Goffin, Doc Pomus and Shuman, Burt Bacharach and Hal David and David Gates.  But the days of the “soft sound” for the girls had come and gone.

Albeth and Sherell moved on from music eventually.  Priscilla couldn’t let go.  She had music in her veins and soul.  She would compose many songs and would continue on as a solo recording a few albums but never finding the magic of “I Love How You Love Me”.  Priscilla had been the young one – who didn’t even sing when the group started off – but would prance around in the background  on the stage.

The sisters remained close through their lives.  They may have disagreed on some things but they always respected and enjoyed one another.  Just watch the final segment of the video above and look at the unity of the Paris Sisters delivering “Dream Lover”.

Sherrell worked for many years as the personal assistant to Bob Barker on “The Price Is Right”.    She returned to singing, hiring background singers and performing in Las Vegas for nearly a decade until her retirement. 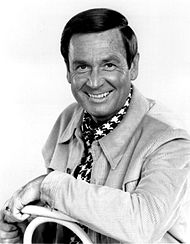 Priscilla would eventually move to Paris, France.  She attempted once to join her Albeth and Sherell for a reunion concert but was forced to cancel at the last minute due to exhaustion.  Priscilla died in 2004 as the result of a fall.  She was 59 years old.  Albeth passed away in 2014 after enjoying a productive life, the latter part residing in Palm Springs, California.  She was 79.

This is the first appearance of a Paris Sisters recording on KIMN with “Be My Boy” – which peaked this week at number 23.

“I Love How You Love Me” would peak in Denver at number 3 – KIMN did not get the spelling correct for the trio.

(This would be the final Paris Sisters 45)