My interest in these Great Depression Era songs was spurred on by my recent reading of a novel set in Texas during the Great Depression and the dust bowl years, “Stormy Weather” by Paulette Jiles and great historical fiction writer.  And from that reading and it’s musical reference to the 1933  composition, I took another journey back looking over some of the music that rose from hard times…

Brother Can You Spare a Dime? 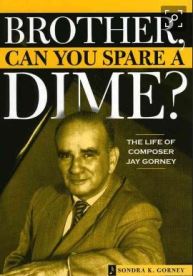 Jay Gorney was a Jewish refugee who fled Russia after emerging from hiding from persecution in that with his family during the pogroms – They landed in Detroit, Michigan where his father landed a position as an engineer with the newly formed Ford Motors in 1906.

Jay studied law and obtained a degree in Michigan but answered the call to his true love, music.  And so he ventured to the most logical place for a composer back in those early days, New York’s ‘Tin Pan Alley’.

Gorney’s contribution to lifting the spirits of Americans as best as was possible was co-writing “Brother Can You Spare a Dime” in 1932 when the first wave of the Depression was at it’s heights.  His partner in music was Yip Harburg.  The two would part ways after Yip started up an affair with Gorney’s wife.

The song is oft cited as “The Anthem of the Great Depression”.

Gorney would make another big contribution to American entertainment – bringing Shirley Temple to the attention of 20th Century Fox which was the launch point of her career appearing in the movie “Baby Take a Bow”.

Whistle While You Work

More than a track tune for a full-length animation film, “Whistle While You Work” was composed in 1937 while time’s were still very harsh for Americans – Churchill and Morey wrote the song for Walt Disney’s “Snow White and the Seven Dwarfs”.  The pair also collaborated on “Heigh-Ho” and “Some Day My Prince Will Come” as well as other Disney film songs.

Churchill came to Disney in 1930 as a composer contributing to many animations one of which was from “The Three Little Pigs” in 1933 contributing to “Who’s Afraid of the Big Bad Wolf”.  After “Snow White” Churchill was elevated to director of music at Disney.

In 1942 he shared an Oscar for composing the soundtrack for “Dumbo”.  Churchill fought both alcoholism and depression and took his own life in 1942.  He died at the age of 42.

Larry Morey started his career in the 1930’s composing for Warner Brothers before moving on to Disney, where, beyond “Snow White” he was the major composer for the Disney film “Bambi” in 1942 where he co-wrote an Oscar nominated song “Love is a Song”.

His other contributions include songs for “Ferdinand and the Bull” (1938) and 1941’s “The Reluctant Dragon”.  Then, in 1949, he garnered another Oscar nomination for co-writing “Lavender Blue Dilly Dilly” which was performed by Burl Ives in the Disney film “So Dear to My Heart” and subsequently charted on the Billboard charts reaching number 16 in 1949.  Sammy Turner would take the tune to number 3 ten years later. 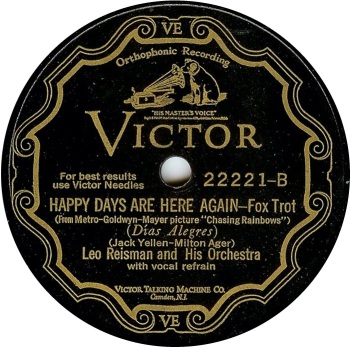 “Happy Days Are Here Again”, although penned in 1929 on the eve of the Great Depression, the song composed by Milton Ager and Jack Yellen would take on new meaning when it was adopted as the campaign song for Franklin Delano Roosevelt in 1932 in his successful bid for the presidency when the nation was reeling from the catastrophic collapse of the American way of life.

The song also took on additional meaning when it was associated with the repeal of Prohibition not long after Roosevelt’s election.

Milton Ager was yet another Jewish music composer – born in 1893 in Chicago, Illinois.  He served in World War I and worked as a piano player providing music for silent films.  Ager would first strike it big with a song called “I’m Nobody’s Baby” in 1920.  In 1924 he composed “Hard Hearted Hannah (The Vamp of Savannah)” and followed it with a song we Baby Boomers came to know later via the Fab Four, “Ain’t She Sweet” along with Jack Yellen (Ager did the music and Yellen lyrics).

“Happy Days” was first recorded by band leader Leo Reisman with Lou Levin doing the vocals and was featured in the 1930 movie “Chasing Rainbows”. 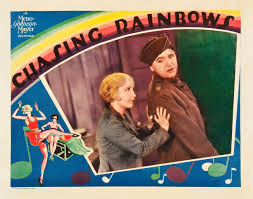 Jack Yellen’s background was soundly based Broadway productions and in movie scores (“The King of Jazz” – 1930, “King of Burlesque” – 1936, and”Night and Day” – 1946 to name a very few movie soundtracks and “Ziegfield Follies” from the stage production in 1943). 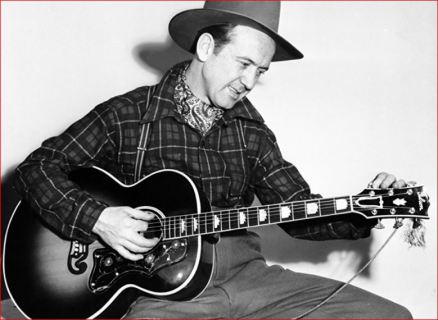 And that brings us to “Stormy Weather”. 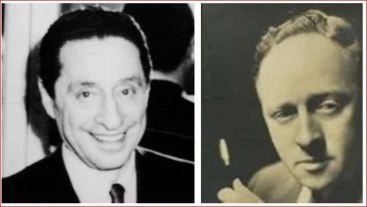 Stormy Weather was composed by famed song writer Harold Arlen and Ted Koehler in 1933 when times were at their worst in the U.S.A.  Ethel Waters first sang the song and recorded it as well for release in the United States.  The lyrics can be construed with double meaning from a heartbreak to the reality of so many living in the southwest dust bowl states “Don’t know why there’s no sun up in the sky” and thus the title the choice of Jiles for her heart wrenching novel.

Harold Arlen was born in New York City on February 15th, 1905, Hyman Arluck.  He is said to have composed well over 500 songs during his illustrious career.  He caught America’s attention when he delivered the tunes from 1939’s “The Wizard of Oz” which produced the all-time classic, “Over the Rainbow” immortalized by a 17 year-old Judy Garland.

I have posted on Harold  Arlen before as one of America’s great song writers having given us “Ac-Cent-Tchu-Ate the Postive”, “Blues in the Night”, “That Old Black Magic”, “Come Rain or Come Shine”, “One for My Baby”  all with Johnny Mercer, “Get Happy”, “Let’s Fall in Love” both with Ted Koehler and “It’s Only a Paper Moon” with Billy Rose.

Ted Koehler was born in Washington D.C. in July of 1894 – another artist who started by providing piano background music for silent films.  Nearly all of Koehler’s shining moments were providing lyrics for the tunes of Harold Arlen as well as writing lyrics for Broadway musical productions of “Say When” in 1934 and “Now I Know” in 1944.

The Other Stormy Weather

Record collectors are often most familiar with “Stormy Weather” as a true rarity collectible as recorded by The Five Sharps in 1952 on Jubilee, a near impossible record to see let along to purchase.  A copy sold in 2003 for $19,000 – a not very good condition copy – with lots of scratches and a hairline crack!  Critics rate the Sharps’ version as mediocre at best but that doesn’t matter it seems.

The song never made it onto a 45 format, only a 78 rpm, and apparently there is scarcely a person alive or dead who could ever recall it being played on the radio.  It went absolutely nowhere.

Two members of the group would later join a group called “The Videos” and would have a minor regional hit with “Trickle Trickle”, a song covered by the Manhattan Transfer in 1980 – reaching number 73.

Through the Door at Times Square Records

“Stormy Weather” on 78 entered the Times Square Record store in New York City in 1961, where it was played, and accidentally broken by the store owner, Irving Rose.  That set things off in the world of record collecting.  The word was put out to find a replacement in order to reimburse the owner – one Billy Pensabene.  Nothing surfaced for the reward price of $25.  The ante was increased first to $00 bucks and then to $500.  Still nothing.

By the early 1970’s three badly worn (or broken) copies finally surfaced.  The best condition of the three (scratched) was purchased for just under $4,000.  A cracked copy was bought by the editors of “Bim Bam Boom” magazine.  They worked on cleaning up the rough spots and re-recorded the song which in turn prompted a reunion of the Five Sharps for a short time. 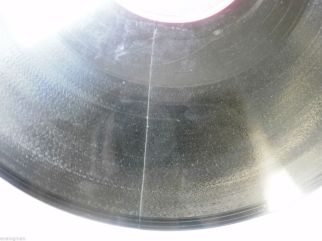 No version of “Stormy Weather” made it onto the pop or R&B charts since the charts’ inception in 1940.

……”He told her about the rain he had seen in the East.  Sheets of it.  The feel and air of the world when it was drenched and running with water.  One beautiful rain after another.

They drove back out to the Tolliver farm in the blue evening, listening to the car radio.  She bent forward and turned it up when she heard the first strains of “Stormy Weather””  (Paulette Jiles – “Stormy Weather”)