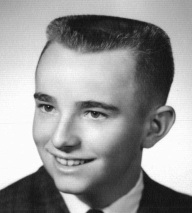 Once again it is confession time.  All along the way of my Rock ‘n Roll adventure – right in there with my purchase of “Get a Job” by the Silhouettes in early 1958 – right in there with my acquiring free 45’s (some of the first I would own) with a gasoline fill-up (accompanying my father to the local Texaco station (“Splish Splash” Bobby Darin – “I Cried a Tear” Lavern Baker and “Yakety Yak” The Coasters being three I can recall – all Atlantic Records products – I always was (and probably will continue to be) a sucker for a spiffy instrumental.

Following are the first few that pop into my mind – There are many others of course including George Cates’ “Moonglow and Theme from Picnic” in 1956 (a great blend of two catchy tunes); “The Theme from a Summer Place” in late 1960 by Percy Faith, a song which never fails to fill the dance floor at an oldies dance; Al Caiola’s 1961 hit from the TV show “Bonanza” (just makes me want to saddle up and ride four abreast across a high desert landscape); Speaking of riding abreast – how about riding seven abreast to the “Magnificent Seven” theme also by Al Caiola; Then there is Brit Reg Owen’s 1958 “Manhattan Spiritual”

Yep…. I was just a clandestine “toe tapping” fool back then.  If the Barnum Gang had ever learned about my secret, I would have been pounded!

Leroy Anderson had a couple of ditties that I was drawn to the first being his “Syncopated Clock” which was a theme song for a daily local TV show in Denver, back in the 1950’s – Can’t remember the name of the show but I would watch it when I was home alone and missing a day of school usually due to a really bad cold.  The song was also used nationally for the TV program “The Late Show” but by a version provided by Percy Faith. (I was home alone because I was a “latch key kid”).

The other Anderson tune that captivated me was “The Blue Tango”.  Both of these instrumentals pre-dated the Billboard Hot 100 – with “Clock” charting way back in the Spring of 1951 reaching number 12.  “Blue Tango” was a biggie for Anderson hitting the top spot and remaining there for five weeks and further enjoying a nice 38 week chart run.

Leroy Anderson was born in June of 1908 in Cambridge, Massachusetts of Swedish decent.  “Syncopated Clock” was composed by Anderson in 1945.  “Blue Tango enjoys the title of being the first instrumental recording to sell one million copies.  That claim might be challenged but not sure.  “Blue Tango” was actually the “B” side of that release with “Belle of the Ball” being the “A”.

He never managed to place another single on the charts but received a lot of air play for his holiday season piece “Sleigh Ride”.  Anderson died on May 18th, 1975 at the age of 66. Joe Harnell – “Fly Me To the Moon – Bossa Nova”

Joe Harnell was born in August of 1924 in The Bronx, New York Joseph Harnell.  Joe cut his teeth studying music in Europe – and during World War II was a member of “The Glenn Miller Air Force Band”.

He worked closely with many top singers including Judy Garland, Marlene Dietrich and Peggy Lee – as well as being a staff pianist for Dinah Shore on her television show.  In late 1962 he cut a single “Fly Me To The Moon – Bossa Nova” which immediately caught on in the U.S. and rose to number 14 on the Billboard Charts in early 1963.

The tune was first recorded in 1954 by singer Kaye Ballard but then titled “In Other Words”.

He would venture only one more time onto the single charts with “Diane” reaching only number 93 in the Spring of 1963. He did a brief stint in 1969 with Motown, releasing one long play and one single (shown below).  His Kapp long play “Fly Me to the Moon” did very well charting at number 3 and running for 36 weeks on the Billboard long play charts.

Although he released more than 20 LP’s – this would be his only entry onto the album charts. 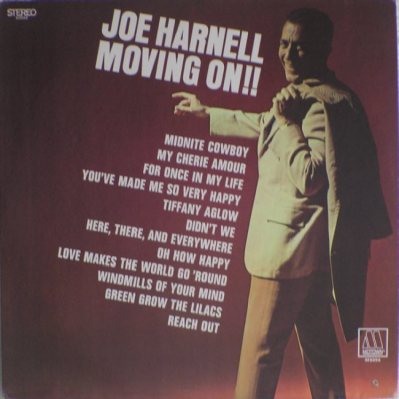 Horst Janowski – “A Walk in the Black Forest”

Horst Jankowski was born in January of 1936 in Berlin, Germany.  His claim to fame was a song titled “Eine Schwartwaldfahrt” or “A Walk in the Black Forrest” which charted number 12 on Billboard’s Hot 100 and reached number 1 on Billboard’s Easy Listening charts.

I enjoy this song most when I haven’t listened to it for a time.  One good spin and I am happy for another couple of years.  Record collectors see many copies of the LP “The Genius of Jankowski” which was his most successful LP charting in 1965 at number 18.  Two additional LP’s would reach the charts out of the many he required.

Only one more single charted for Horst “Simple Gimpel” also in 1965 reaching a silent number 91.

Bert Kaempfert was born in October of 1963 in Hamburg, Germany Berthold Heinrich Kampfert.  Perhaps his crowning achievement for us rock and rollers came in 1961 when he hired “The Beatles” to back Tony Sheridan, this before any Brian Epstein “discovery”.  The resulting Polydor single featuring the song “My Bonnie (Mein Herz Ist Bei Dir Nur)” was labeled “Tony Sheridan and the Beat Brothers” – Quite collectible.  Notice that there is no credit for Bert on either the German or U.S. releases below.

‘Two Kaempfert songs left me feeling happy – the title track for the below LP and “That Happy Feeling” which truly did and still does make me happy!  “Wonderland by Night” peaked in the U.S. at number 1 for three weeks.  “That Happy Feeling” managed a number 67 rating but just glad it made it to the airwaves!  Bert would chart in the U.S. 12 times with “Red Roses for a Blue Lady” being his next biggest hit reaching number 11 in late 1965.

Raymond Lefèvre was born in November of 1929 in Calais, France and had his big moment in the sun with 1968’s “Soul Coaxing (Ame Caline)” which went ‘global’.

In the U.S. the song reached 37, and as I recall did much better here in hometown Denver.  Raymond had charted ten years before in the U.S. with a song called “The Day the Rains Came” which charted late in 1959 outdoing his later effort reaching number 30.  That song was covered vocally by Jane Morgan the year before in 1958 reaching number 21.

Soul Coaxing was used by radio programs as a theme song.  American teen singer Peggy March recorded a vocal version of “Soul Coaxing” but re-titled “If You Loved Me” which failed to chart.

David Rose was born in June of 1910 in London, England.  He secured fame for himself with his rock-era instrumental, “The Stripper” in 1962 which hit the top of the charts at number 1 in the Spring.

“The Stripper was his crowning achievement as far as chart action went but he was awarded four Emmy Awards and composed and performed many soundtracks.

“The Stripper” was originally recorded in 1958 and was released then as a “B” side in 1962 chosen without Rose’s knowledge when he was away on vacation.

His long play titled after the hit single was to be his only appearance on the Hot 200 album charts reaching number 3 in the summer of 1962. I had to include this LP in this collection because I used to play it a lot!  Just something about it….

Billy Vaughn was born in April of 1919 in Glasgow, Kentucky William Richard Vaughn.  Anyone collecting albums knows very well that Billy put out a huge catalog – with 36 of them charting on the Billboard Charts.  His biggest chart topper was “Theme From a Summer Place” which peaked at number 1 in early 1960.

Billy hit the Billboard Single’s charts 28 times with his first entry “Melody of Love” (1954) being his most successful 45 hitting number 2.  I liked that one as well right along with all my rock and roll records of the time.  Another favorite was “Sail Along Silvery Moon” in 1957.  “A Swingin’ Safari” reached number 5 in mid 1962 towards the end of his run on the charts.  Although not an instrumental, I was always captivated by his 1955 hit “The Shifting Whispering Sands” (a song written in 1950) a haunting tale that had to be told in two parts narrated by Ken Nordine – The song hit number 5 on Billboard.  Wikipedia erroneously attribute’s Vaughn’s version as charting in 1962.  Rusty Draper also charted in 1955 with the same recording going all the way to number 3 later in the year after Billy first charted.

Vaughan created a popular vocal trio in 1954 called “The Hilltoppers” and from there it was off to Dot Records serving as music director. 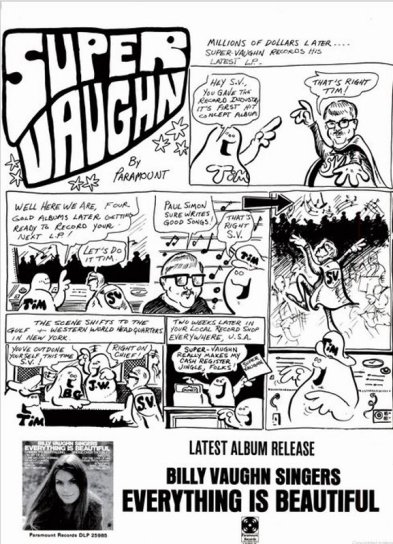 Right in the thick of the early 1960’s rock and roll age – a group like this comes along and hits it with Hawaiian music.  But the group was not from the Islands but Belgium and Germany! Those Stinkers!  Members included Joe Breye, Jo Van Wetter, Willy Albimoor.and Petro Gonez.

“Hawaii Tattoo” reached number 33 on the Billboard Charts and was followed by one more charting record, “Hawaii Honeymoon” which dented the Hot 100 at number 91.  Then it was back to Europe!  And yes, along with my latest Beach Boy record I ran out an purchased “Hawaii Tattoo” in 1963.

The song has become an “Hawaiian standard” ranking up there with “Tiny Bubbles”.  “Hawaii Tattoo was composed by Martin Bottcher in a half hour.  Martin, not wanting to diminish his ‘brand’ in Belgium used a pseudonym for the recording “Michael Thomas”.  Martin recorded a version of the song himself under a group name of “Mike Thomas and His Wall Street Babies”.

The song sold two and half million copies world wide.