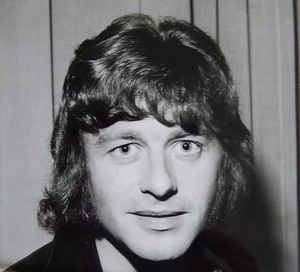 I have written about Tony Burrows previously – but worth a revisit – such a an intriguing career – generally flying under the pop radar – fronting many pop Brit groups almost anonymously as the British Invasion gave way in the late 1960’s entering the pop 70’s.

Burrows started off with a group called “The Kestrels” (Burrows is 2nd front left on sleeve below) in the early 1960’s when he joined up with high school chums  – a trio of Rogers – Greenaway, Cook and Maggs – as mentioned more than once – Greenaway and Cook would later surface as “David & Jonathan” and rode the charts with a Lennon/McCartney composition, “Michelle” (#18 Billbboard, 1966).

Burrow’s next stop was with “The Ivy League” where he would team up with composer John Carter.  Carter composed several hit songs along the way including “Can’t You Heart My Heartbeat” by Herman’s Hermits, Brenda Lee’s “Is It True”, “Sunday for Tea” by Peter and Gordon, “A Little Bit O’ Soul” for the U.S. group The Music Explosion and Mary Hopkin’s “Knock, Knock Who’s There”.

Burrows and company as The Ivy League would morph into “The Flower Pot Men” in 1967 where Burrows and Carter continued on recording the song “Let’s Go To San Francisco” a minor hit in the U.K. in the summer of 1967 – the song composed by Carter.  Interestingly, two members of The Flower Pot Men – Jon Lord and Nick Simper would to on to find fame with power pop group “Deep Purple”.

Carter would enter Burrow’s life again in 1974 when the two teamed up with Chas Mills to form The First Class, hitting with a Carter composition, “Beach Baby”.

However, Burrow’s “First Class” gig came after a whirlwind of group involvement which placed him simultaneously in the lead vocalist role with Edison Lighthouse (“Love Grows Where My Rosemary Goes” #5), White Plains (“My Baby Loves Lovin’ – #13), The Brotherhood of Man (“United We Stand” #13, 1970), The Pipkins (Gimme Dat Ding”, #9) – all four being released in 1970.

The demand for these groups to appear on the Britain program “Top of the Pops” was huge and Burrows found himself in the awkward position of appearing at one-point singing lead for three of the groups on a single program.  He was rushed to change clothing between each appearance.

As a result, the BBC sponsors of the program summoned him later on to tell him that he would not be allowed to any longer make simultaneous appearances on their show – feeling that it was embarrassing for them.  Burrows found himself facing a two-year ban from “Top of the Pops”.

Although Burrows delivered lead vocals for all those early 70’s groups – he declined touring with them other than doing some very local promotional appearances.

But he didn’t sit idle – he continued to provide backing vocals for many popular acts and by his own count sang on more than 100 charting songs during his studio career.  Early on with the Kestrels he toured on two occasions in the U.K. with The Beatles.  Later he recorded with Rod Stewart, Tom Jones Elton John, Cliff Richard, and James Last.