Trini Lopez will go down as a mid-1960’s folkie most likely.  But before he folked – he rocked!   This came to my attention when I found him listed as an inductee in the Rockabilly Hall of Fame. 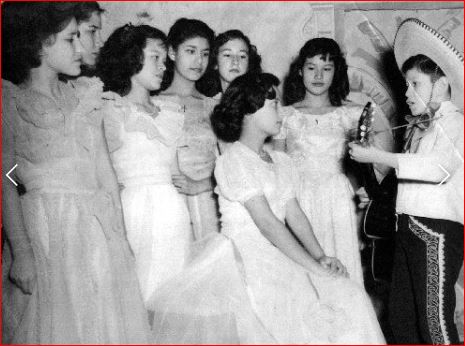 Trini was born Trinidad Lopez in Dallas, Texas.  He put together his first rocking band “The Big Beats” when he was just 15 years old.  They traveled to Clovis, New Mexico where Norman Petty produced four tracks for them and contracted them with Columbia Records – not a friendly label at the time for rockers. 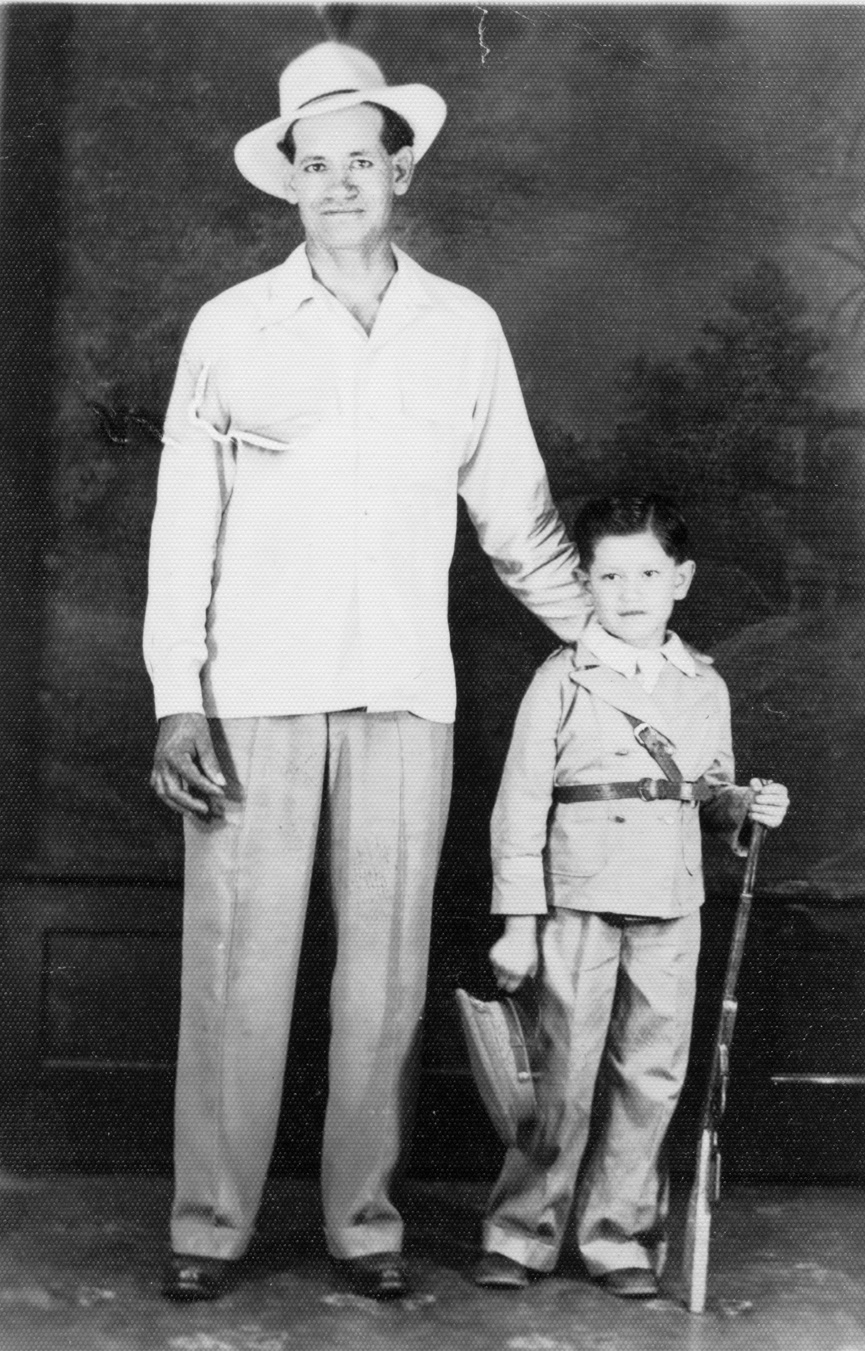 Little Trinidad and Father – Dallas, Texas – Preparing perhaps for his role in “The Dirty Dozen”

Lopez departed the Big Beats in 1958 and recorded one rocking single for Volk Records based in Dallas.  From there he contracted with King Records in 1959 cutting a dozen singles – Many of those tracks show up on the Lopez Guest Star LP.  Post King Records in 1962, Lopez accepted an offer to audition with the Crickets who were now based in Los Angeles – The group was looking for a lead singer.  That failed to pan out and so Trini took a gig at a Los Angeles night club called PJ’s.

That would be his launch site to fame.  He would soon be signed on Reprise Records where he would cut his first LP “Trini Lopez Live at PJ’s” which would be his highest charting album – coming in at number 2 on the Billboard Charts.  The LP included what would be his biggest hit single “If I Had A Hammer” charting at number 3.

Many, many Reprise LP’s would follow – eight of them making their way onto the charts.

There are two versions of what occurred during the filming of the Dirty Dozen:  One is that at the urging of Frank Sinatra (who “discovered” Trini by signing him to his Reprise record label, Trini walked off the set of motion picture the other is simply that he was fired by film director Robert Aldrich for being difficult to manage.

Doesn’t matter much – We were still left with a Dirty Eleven. 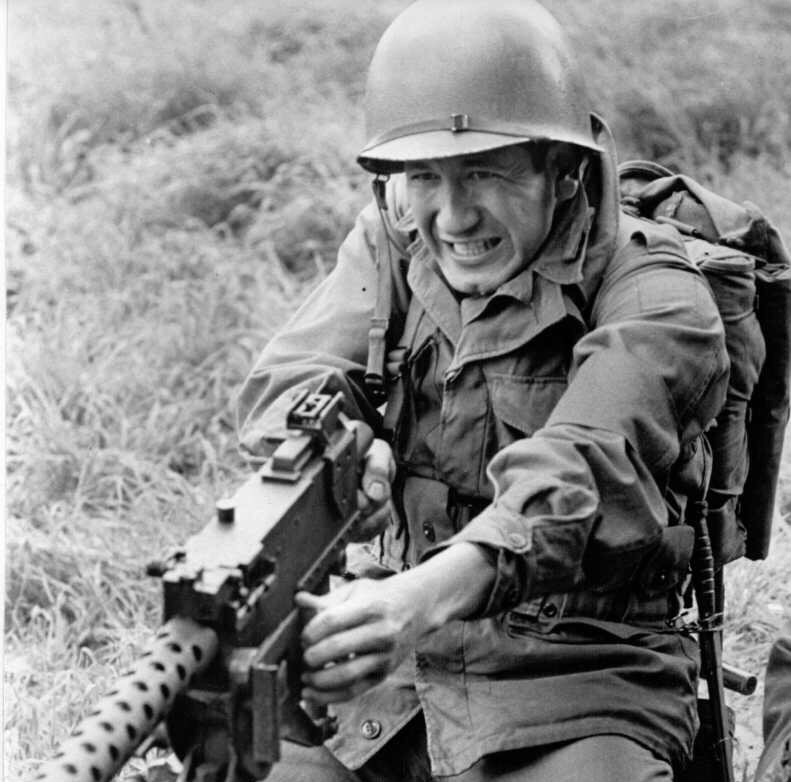 Lopez as “J.P. Jiminez” in the Dirty Dozen

Author Brian McFadden tells us that on this Guest Star LP Trini performs many of his tracks from his King Record’s days and is joined by a ‘mystery’ artist, “Scott Gregory”.  Thanks goodness we have McFadden around to share his wonderful research with us on these budget LP’s which contain many gems.  Who would have ever thought???

“Scott Gregory” now turns out to be none-other than rockabilly legend – Bill Haley!

I will let Brian tell it: “This is an unusual album with some rare cuts by not one but two stars, although you’d never know it from the packaging. The songs by Trini are some hard-to-find early tunes that were originally released on the King record label. Trini sounds good and the arrangements are excellent. But Guest Star couldn’t get enough sides from King for a full LP and decided to flesh out the album with some Bill Haley cuts that it already had. The songs were recorded in Vegas, well after Haley’s prime and Guest Star had already used them for an LP called “Bill Haley and the Comets, Rock-A-Round the Clock King.” So the listener gets a two-for-one bonus on this record … a chance to hear how far Trini had developed early in his career and an opportunity to appreciate how well Haley and his band continued to perform late in theirs.”

SIDE NOTE:  Trini was contracted by Gibson guitars to design a couple of models for the famed guitar maker. 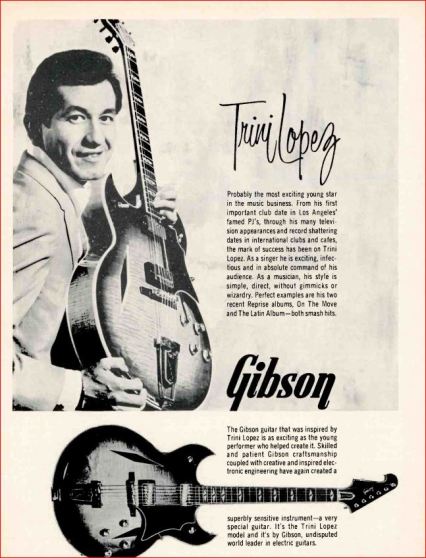 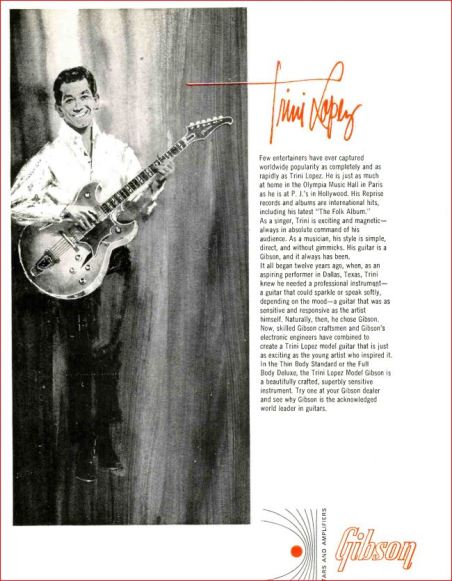 The River’s tracks “Your First and Last Love” and “The White Cliffs of Dover” were first released in 1959 on the tiny Dee Dee record label – “That’s My Baby” appeared in 1964 on Coral but titled “That’s My Babe” – and was backed by “Your First and Last Love”.  I haven’t located any Rivers’ 45 with “Such a Fool For You” but it did appear on a couple of long plays including a budget Pickwick release in 1965. Here is an interesting Reprise LP which takes Trini back to his roots more or less arranged by Don Costa. 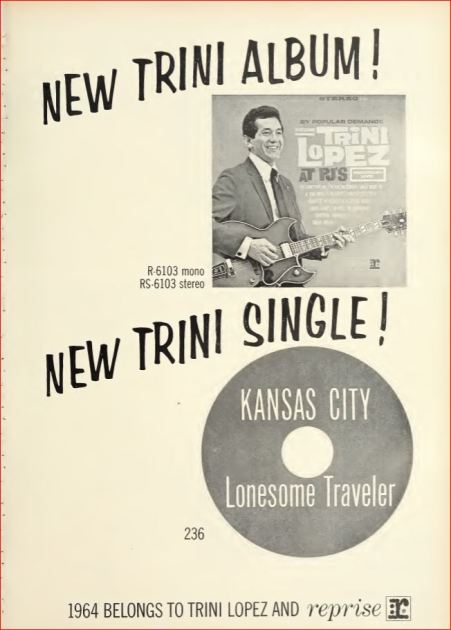 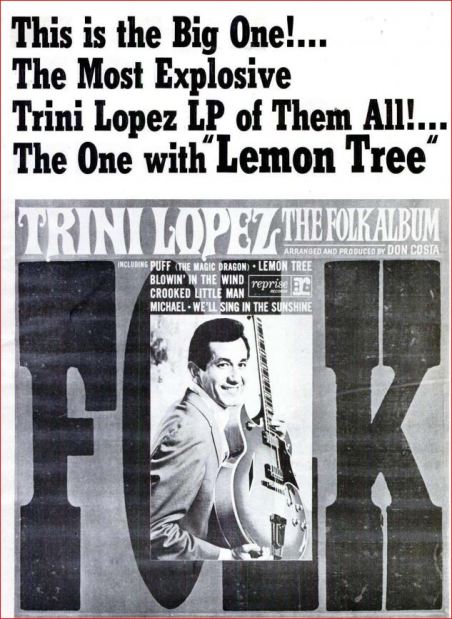 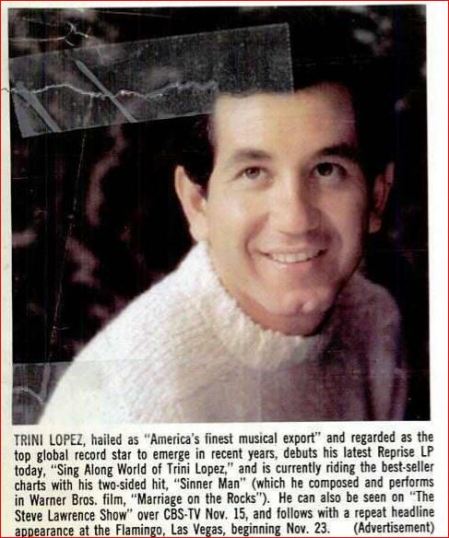 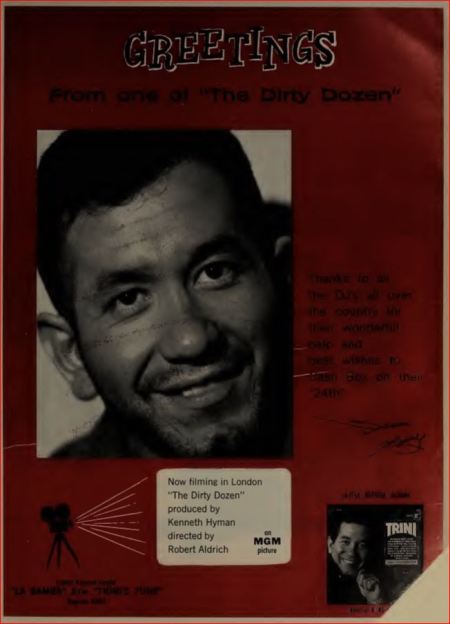