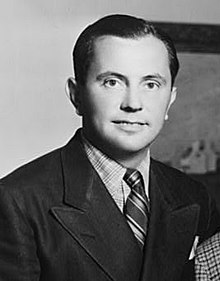 I ‘discovered’ a writer named Amor Towles recently – a fiction writer who has two works to his credit to date:  “A Gentleman in Moscow” (his third novel from 2016); preceded by his debut novel “Rules of Civility” (2011) and a novella – “Eve in Hollywood” from 2013 – a follow-up to “Rules of Civility” of sorts – tracking one of the characters – “Eve” out to Tinsel Town during it’s glory days.

I am currently about half way through “Rules of Civility” which is primarily set in New York City during the Great Depression.  I came across a reference to the song “Autumn in New York” which made its debut in 1934.

“Autumn in New York” was recorded by an impressive roster of artists – including Billie Holiday, Frank Sinatra, Chet Baker, Oscar Petersen, Jo Stafford and more – In the book the lead character Katey states that the tune “…practically debuted as a jazz standard…” and followed with “Why does it seem so inviting?”

She surmises that many locations have their own “romantic seasons” (think “April in Paris”) and that “Autumn in New York” aligns with the streets of New York.

“That’s the way we New Yorkers feel about fall.  Come September, despite the waning hours, despite the leaves succumbing to the weight of gray autumnal rains, there is a certain relief to having the long days of summer behind us, and there’s a paradoxical sense of rejuvenation in the air.”

Katey, upon listening the song, reflects “But still, you have to ask yourself: If it’s such an uplifting song, then why did Billie Holiday sing it so well?”

Sentiments from another time….. 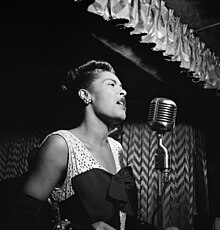 “Autumn in New York” was composed in 1934 by Russian immigrant Vladimir Aleksandrovich who  most often composed as “Vernon Duke”.  Vladimir and his family were of Russian royalty lineage and were forced to flee to America in 1920 due to the Russian Revolution.

Duke wrote the song – both music and lyrics – independent of any stage production – but had the song picked up by stage producer Murray Anderson and included in the 1935 Broadway show “Thumbs Up” where it was performed by J. Harold Murray.

During a stint in the United States Coast Guard in the early 1940’s, he discovered a saxophone player Sid Caesar.  Sid participated in a Duke production called “Tars and Spars” – and Caesar’s career was launched – without the saxophone. 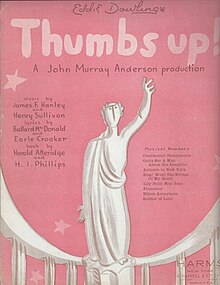 In spite of becoming a ‘standard’, “Autumn in New York” never reached the popularity charts as far as I can determine.  Wikipedia states that Frank Sinatra took the tune to number 27 in 1949 – but I can’t locate any national listing – Billie Holiday has a 1954 version – a “B” side on Clef Records in the spring of 1954.

She may have cut the track on a 78 rpm in the 1930’s but I doubt it.  There is probably an early version out there somewhere on an early LP – perhaps one of those early 10-inch releases.

Jo Stafford’s 1950 version on Capitol is the earliest single I have been able to locate.

He lived in France for a time – composing – and eventually returned to the United States.  He passed away in 1969 losing a battle with cancer – He was 65 years old.  He was inducted into the Song Writer’s Hall of Fame in 1970.