Gene Vincent’s biography, “Race With the Devil” by Susan Vanhecke (first published in 2000) does not start or end well.

Her opening chapter sets the scene in July of 1955 while Vincent was a soldier in the U.S. Navy.  In an incident which has occasionally been disputed, Gene was broadsided while riding his Triumph motorcycle by a woman who ran a red light.

When Gene came to in the hospital, he pleaded with his mother not to let doctors amputate his horribly damaged leg.  After reading the Vanhecke narrative, it does seem that Gene would have been much better off if the amputation had been performed.

A constant source of pain, Gene coped but paying a price – turning to alcohol and medicine throughout his short life.

Gene Vincent was born on February 11th, 1935 in Norfolk, Virginia Vincent Eugene Craddock.  His first association with a group was with “The Virginians” performing with them occasionally on a Norfolk radio station.

Gene was 20 years old at the time and the other three members were well into their 20’s – far from a teenage band.

Capitol Records coveted RCA Victor’s prize pupil, Elvis Presley and Capitol Records’ executive Ken Nelson was one of the few at the Hollywood based label to open his mind to bringing on rock and roll acts.   Wanda Jackson was on board as a country artist and would be turned loose a little later on to rock.  And so when Ken Nelson arranged to audition the boys in May of 1956 in Owen Bradley’s “barn” recording studio – the ground was laid for rock and roll at Capitol.

Their first recording session came in May of 1956 with more or less a test run under the observation of Nelson, who had listened to their demos earlier in Hollywood, California – Capitol Records’ headquarters.

The band entered Owen Bradley’s studio and were more than a little surprised to find a team of polished session musicians sitting around the studio.  Nelson obviously was preparing for a lack of Blue Cap capability.  The Blue Cap drummer was more than a little upset, but Nelson told him to relax and invited the Blue Caps to proceed with a few of their tunes.

The group broke into typically wild and rocking versions of “Race With the Devil”, “Be Bop A-Lula” and “Woman Love”.

Nelson was satisfied, he dismissed the session players and recording proceeded with the Blue Caps wailing away.

It was around this time in 1956 that the Blue Caps’ discoverer William Davis, the manager of Norfolk radio station WCMS, who had assumed the group’s management duties and brought them to Capitol, elected to change Gene’s name to “Gene Vincent”.

A month and a half later in June, 1956 the group made it’s way to the Capitol Record Studios in downtown Hollywood to get down to business with a four day set of sessions.  All members of the original Blue Caps were in tow, and they cut 16 tracks in order to fill out their first long play.

It would be the last time that the ship would run smoothly.  From this point on there would be many members going – returning – quitting suddenly with a parade of musicians passing through.

Four more Capitol recording sessions would be conducted from October, 1956 through March, 1968.  An October session at Capitol would basically be the end of the Blue Caps and the beginning of the final burn out of Gene’s comet.

The Blue Cap Parade and Beyond

“Wee” Willie Williams departs to be replaced by Teddy Crutchfield on rhythm guitar.

Crutchfield doesn’t stick around and is replaced quickly by Paul Peek.

October 1956:  Gallup returns briefly for a recording session.  The Jordanaires provide vocals in the October sessions in Hollywood. 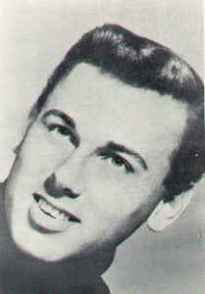 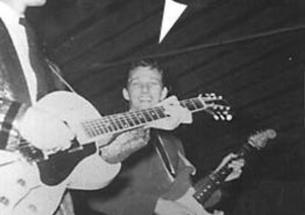 Still early 1957, Bill Mack arrives and departs quickly after arriving.  He is replaced on bass by Bobby Lee Jones who came over from “Country Earl’s Circle E. Ranch Boys – a group Gene is familiar with. 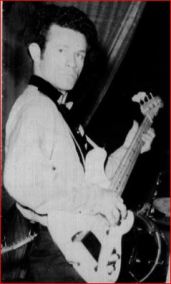 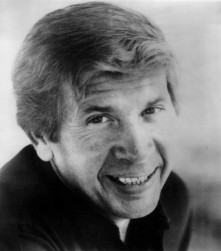 In October of 1957 the Blue Caps are on an international tour with Little Richard who quits while the tour is in Australia – turning to God – and so Gene and the Blue Caps continue on alone.

In late 1957 multi-instrumentalist and vocalist Max Lipscomb comes on board. (He would later begin recording as “Scotty McKay” beginning in 1959 recording on Parkway, Swan, Lawn, Squire, Ace and many other labels including UNI in the early 1970’s).

In November, drummer Dickie Harrell returns for a group appearance on “The Ed Sullivan Show”.

Lots of changes – Lipscomb quits along with Paul Peek and Tommy Facenda – with Tommy wanting to pursue a solo career.  Both Facenda and Peek would record for many labels starting in 1958. 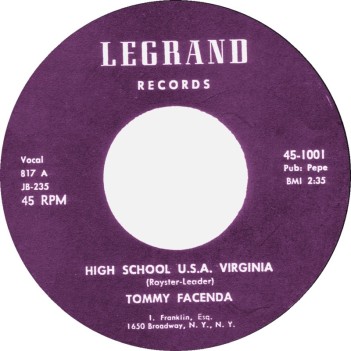 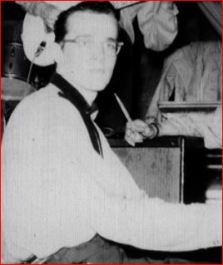 Dickie Harrell who stayed on for a short time after Ed Sullivan – quits again to be replaced by Dude Kahn who had previously done a little drumming with Vincent. 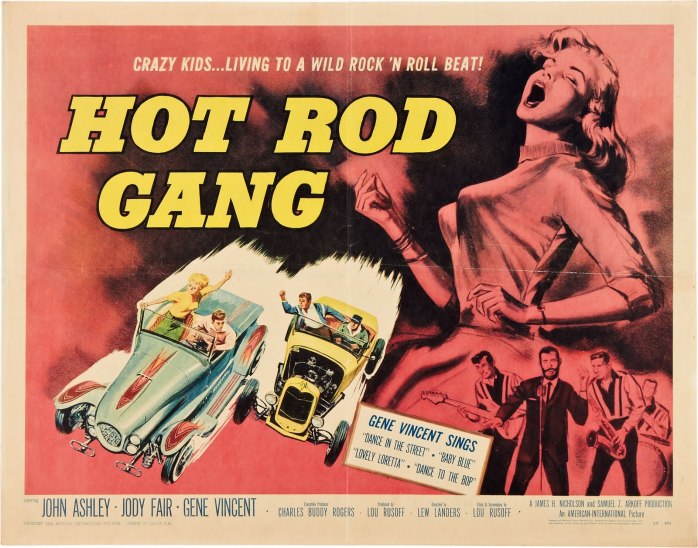 Paul Peek also returns to the do the movie with the Blue Caps.

Gene also recruits teenage drummer Juvey Gomez to replace Harrell on drums for the movie along with rhythm guitar player Grady Owen.  Gomez (15 years old) had been with a group called “The Vikings” a group which included Johnny Carroll. 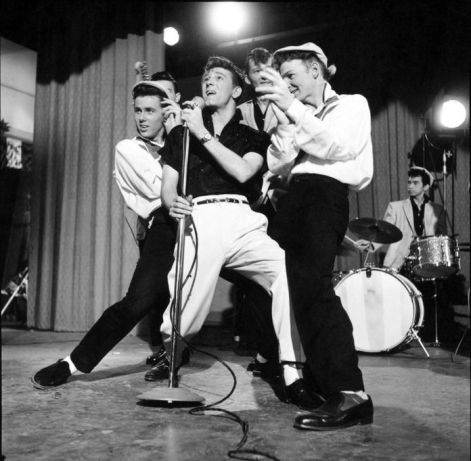 Eddie Cochran works with Gene and the Blue Caps in Hollywood recording sessions hiding the fact from his record label, Liberty.

In Apirl of 1958 Gomez departs to return to high school and Facenda leaves upon completion of the movie.  Bobby Lee Jones departs and Paul Peek departs only to return briefly a short time later.

They travel to Canada where Kahn quits to be replaced for tour dates by Elvis Presley drummer D.J. Fontana, who quits as soon as the group returns to the States.

Johnny Meeks returns to replace Howard Reed and Juvey Gomez comes back but quits again almost as quickly and joins Jimmy Bowen and Buddy Knox in the “Rhythm Orchids”. 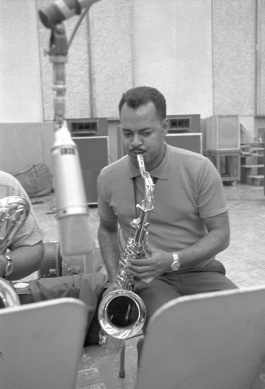 Gene again is involved in a tragic auto accident on April 17th, 1960 in England – while on a tour put together by British “Golden Boy” manager Larry Parnes.  The taxi they were riding in hit a concrete pole at 70 miles per hour.  Eddie Cochran was killed, his girlfriend and song composer Sharon Sheeley seriously injured, and although hurt once again – Vincent made it through.

Here are many of the musicians who worked with Gene in what would be a futile effort to recapture the Gene Vincent magic listed in the approximate order they recorded or played with Vincent.

Jerry Lee Merritt (from Clayton Watson and the Silhouettes) 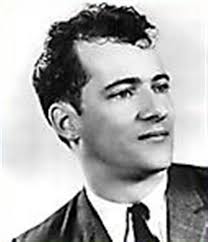 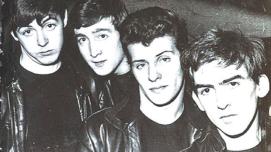 The Bill Shepherd Orchestra (in the motion picture “Live It Up”)

The Shouts (European tour – Shouts appear on this EP with Vincent) 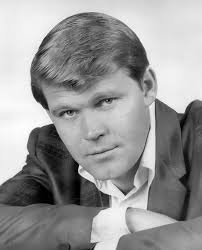 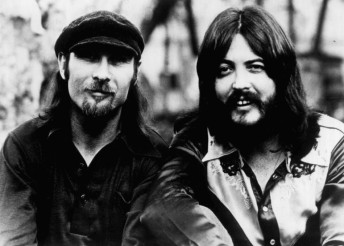 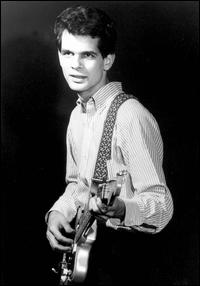 “If you put Gene in the South, then he’s Gene Vincent.  Gene Vincent in England or Gene Vincent recording here in Hollywood, not quite the same.  Since he was from Virginia, he had an affinity for his homeland of Dixie, you know? “ (Kim Fowley on Elektra Records not going along with Fowley’s suggestion that Vincent return to his roots by recording in the South from his autobiography.) 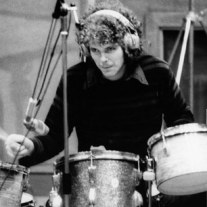 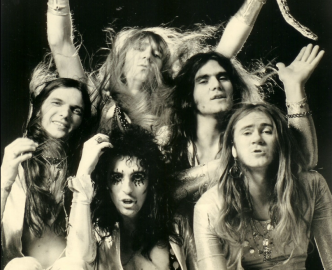 End of the Road and Gene Vincent Legacy

Gene Vincent died on October 12th, 1971 in Newhall, California at age 35 from a stomach ulcer – brought on no doubt from 10 plus years of combating his leg pain with alcohol and medications.

The Eight Blue Caps who were inducted include: 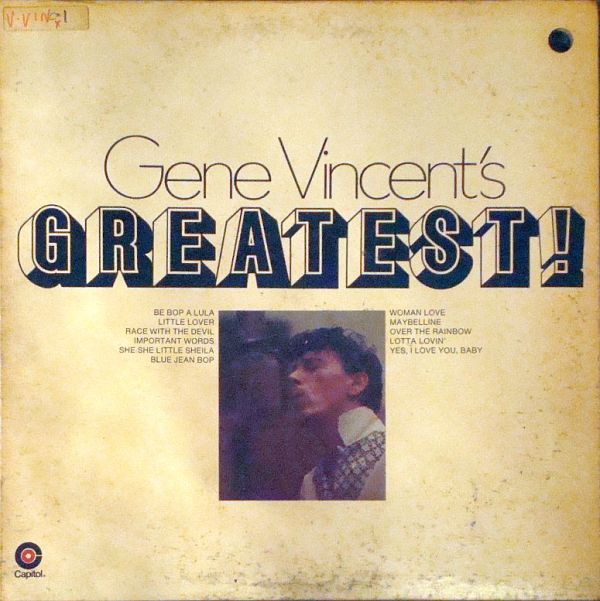 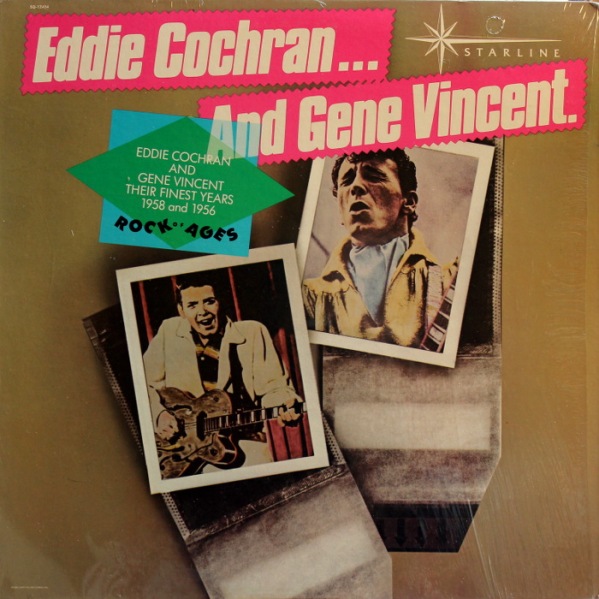 Other Labels with Gene Vincent 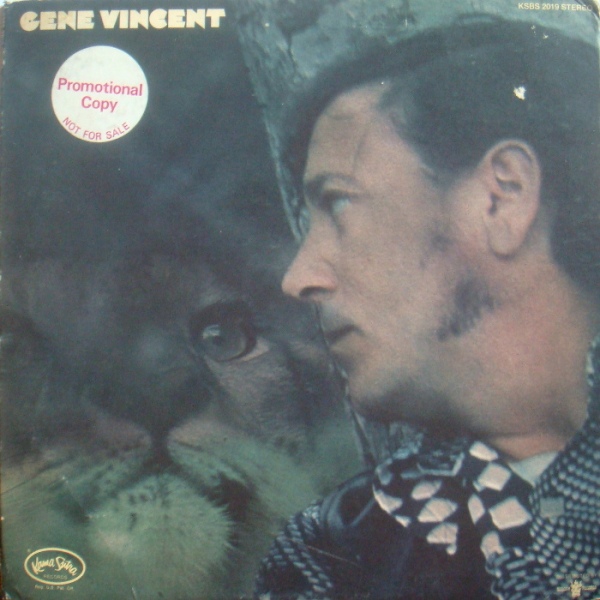 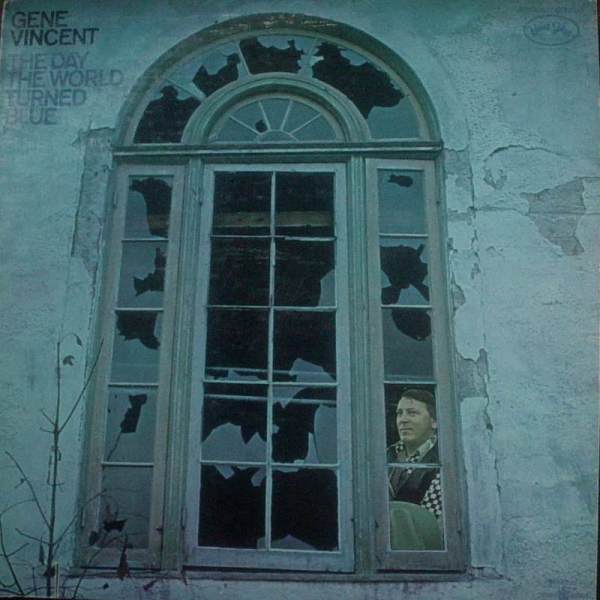 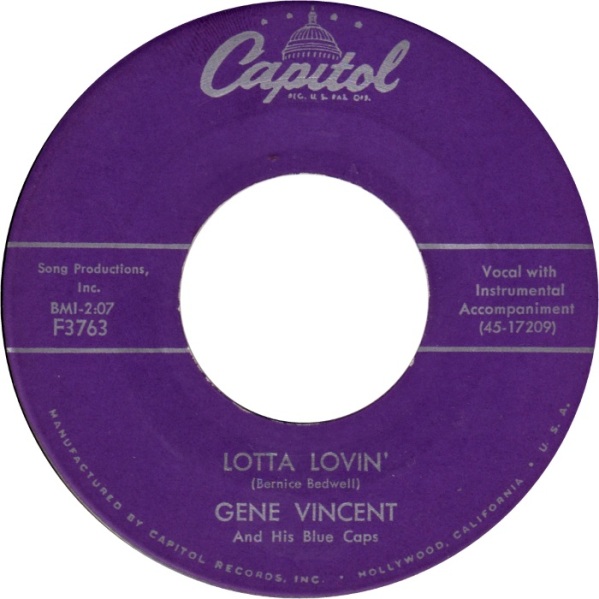