The “Beattles” – No “Overnight” Sensation Here

On a most likely rainy and dreary day early in 1963, a hopeful Brian Epstein swung by his local Liverpool post office depositing a small package for post to the United States. 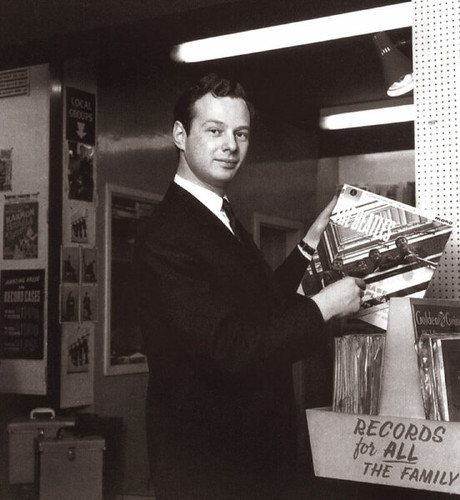 Mr. Epstein was feeling encouraged by his first U.K. breakthrough in his native country.  His group of lads, now solidly known as the Beatles, had just cracked the U.K. charts with their release of “Please Please Me” on the British EMI label.

Brian directed his small parcel containing the 45 to EMI’s U.S. subsidiary, Capitol Records.  Within a week or so Capitol politely declined.  ‘Not the stuff for our American market’ Brian was told.

Later in January a label owned by African-Americans Vivian Carter and James Bracken would be in touch with Brian and obtain rights to release a handful of Beatles’ tracks.  A bit ironic it seems that a solidly based R&B label (think The Spaniels, Jimmy Reed, Memphis Slim, Dee Clark, etc.,) would step up to the plate to take a chance on these well-scrubbed lads.

And why not?  The Vee Jay coffers had been prospering for some time as a result of another ‘gamble’ on the part of Carter and Bracken – The label had enjoyed a 3rd straight number 1 smash from the first all white group they ‘took a chance’ on – the Four Seasons.

And so would begin a string of attempts in the United States to get behind the strange looking group from across the pond.  Vee Jay’s Beatles’ debut would be “Please Please Me” backed with “Ask Me Why” released in February of 1963.  One solitary DJ elected to play the single – It would be the famed Dick Biondi working out of Chicago on A.M. station WLS.

Biondi and the “Beattles”

“Please Please Me” would rise to number 35 in Chicago, but would rise nowhere anywhere else in the nation.  (Pretty sure that Brian Epstein wasn’t took pleased, pleased at the erroneous spelling on the early releases of this record).  Discouraged, but not giving up, Vee Jay took a second shot releasing “From Me To You” b/w “Thank You Girl” in May of 1963.  “From Me to You” ‘skyrockets’ all the way to number 116 on Billboard’s “bubbling under” charts, disappearing after a three week run on the lowly end of Billboard.

Number 116 Without a Bullet

Now we jump ahead a bit.  Capitol is still passing on taking any chances on Beatles songs coming out of England on EMI.  A small-time record executive is vacationing in England in the summer of 1963.  He hears and is intrigued by a little ditty which is doing very well in England called “She Loves You”.

The executive would be Bernie Binnick, the co-owner of the small independent record label, Swan.  Swan had been an earlier co-venture with American Bandstand’s Dick Clark owning half interest.  Clark had been more or less compelled to relinquish his interest in the record label dealings due to the earlier nation-wide ‘payola scandal’.

Now the company was in Bernie’s hands and so while in England he did his due diligence, contacting Brian Epstein, and picking up U.S. distribution rights on “She Loves You”, then returning home excited doing a bee-line to visit Mr. Clark to give the tune a listen.

Dick Clark compared what he heard to the earlier sounds of Chuck Berry and Buddy Holly and others all sort of ‘mixed up together’.  Next, Clark would be shown a publicity photo of the fab four which drew a response somewhere along the lines of ‘you’re crazy’ directed at Bernie.

In spite of this, “She Loves You” was placed on the turntable during an American Bandstand’s ‘rate a record’ segment.  The Philadelphia ‘regulars’ gave it about a “C” rating (71 out of 100) and then, when shown the photo, all broke into laughter.

She Loves Me Not – Clark’s Rate A Record

The Beatles were finished on Bandstand.  They would never make an appearance there in the future – and they wouldn’t need to as the world would quickly learn

Swan went ahead and released the song in September of 1963.  But no dice – no chart action.

(SIDE NOTE:  If you happen to have picked up one of those early Swan “She Loves You” it is worth a bit of dough – Came on a white label with red print – but beware – a ton of counterfeits out there!  Swan would reissue the single in late 1963 hot on the heels of the success of “I Want to Hold Your Hand” – this time on a black label).

The parade that followed is well documented, Atco, MGM, Vee Jay/Tollie, Decca – and Swan again, all took a stab with mixed results.  Vee Jay would prosper the most, but they were already faltering due to the departure of the Four Seasons, and Capitol Records was about to clamp down hard on everyone.

She Loves You – Number 81 and Done

A Student From Iowa Launches Beatlemania

(This tale comes from “The Pop History Dig” a very interesting and entertaining site):

It is late November in the town of Des Moines, Iowa.  A DJ by the name of Stu Adams was working the turntable at radio station KIOA on the evening shift.  Adams was situated behind a large exterior glass window.  Suddenly, a rapid knocking took place on the window from outside. 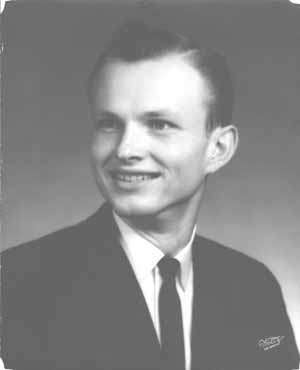 Stu, who was used to young listeners stopping by, didn’t pay much attention.  The rapping continued.  The DJ glanced up taking notice of a young man holding up a long play recording.

Again, Stu returned his attention back to his radio duties.  The rapping continued.  The weather was cold and so Adams took mercy, opened the door and permitted the young man to enter.  Turns out the youth was a student from nearby Drake University.  He had recently returned from a visit to England, and while there was captivated by the songs, sounds and excitement being generated by the group depicted on the record album he was now presenting to Stu Adams.

So with a little more coaxing – Stu decided to give the LP a spin – liked what he heard and decided to share it with his teen audience.  Stu simply told his listeners to call in if they heard a song they like – let the phone ring once and then hang up.  Not so much to his surprise – the phone lines lit up and continued to the end of his show a few hours later.

In the following days, Stu would continue to spin the LP and the phones would continue to ring off the hook.  When the KIOA weekly pop survey came out, the none of the tracks were included – Why?  Because the KIOA weekly survey was based on local record sales.  Additionally, Des Moines record shop owners were deluged with requests for the record – requests that they could not fulfill.

Capitol Records got wind of the action in Iowa and quickly responded by moving up a scheduled mid January, 1964 release date for “I Want To Hold Your Hand” to December 26th instead – And the Beatles’ first Capitol long play would be released on January 13th, due to the same pressure coming from the Midwest along with a January 10th release of “Introducing the Beatles” by Vee Jay.

“I Want To Hold Your Hand” would skyrocket to the top of the charts remaining there for 7 weeks – “Meet the Beatles” would go to number 1 – holding down that spot for 11 straight weeks and holding off “Introducing the Beatles” which held on at number 2 for nine weeks.  It would be a high point for Vee Jay and the beginning of the end for the great independent – who would lose the Four Seasons – and would lose the Beatles.  What could have been…

The Battle is On!

And the young student from Drake with the great insight and persistence?  I guess his name is lost to time.